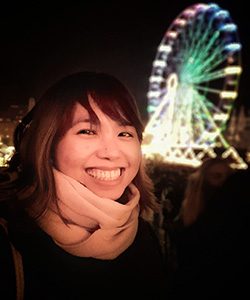 Karen's broad research interest is on microbial biophysics and ecology. She is particularly interested in how the behavior of the organism or the physics of the environment affects microscale interactions and how these interactions can affect large-scale processes such as biogeochemical cycling.

Karen is currently a postdoc working with Kay Bidle (phytoplankton physiology, virology, and biological oceanography), Heidi Fuchs (small-scale biophysics, predator-prey interactions) and Bob Chant (ocean physics, vertical mixing, dispersion). Her research is focused on how the microscale interaction of phytoplankton and its virus is mediated by turbulence or water flow. Emiliania huxleyi, a cosmopolitan coccolithophore can form massive blooms that are terminated by viruses. However, how these two non-motile entities encounter each other is currently not known. Turbulence might play a role in setting up the stage for infection to happen in the open ocean. On my project, she determines how the physics of the ocean affects encounter rates, adsorption, and eventually successful infection through a combination of experimental and computational approaches.

Dr. Bondoc did her Ph.D. in Friedrich-Schiller-Universitaet-Jena and Max Planck Institute for Chemical Ecology in Jena, Germany. There she worked on understanding diatom motility and behavior in response to nutrient stimulus and/or sex pheromones. She previously studied the chemical defenses of sea cucumbers for my MSc thesis in University of the Philippines. She was also part of a national harmful algal bloom project in the Philippines wherein she developed a passive sampling device for detecting marine toxins. 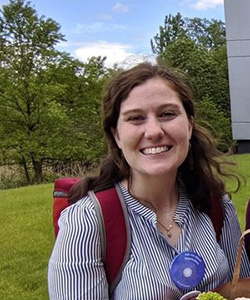 As a paleoceanographer, Dr. Haynes is interested in the history of Earth's climate and oceans in the geologic past. What caused these past changes? How different are they from anthropogenic change? And, what can we learn from the paleo-record about the fundamental processes that control the habitability and functioning of our planet? Critical to reconstructing past climates are robust and reliable paleoceanographic "proxies". Her research focuses on foraminifera, which are small marine plankton whose calcium carbonate (CaCO3) shells record the climate and seawater chemistry in which they grew. This information is encoded in the geochemistry of foraminifera shells. Although not direct measurements from the past ocean, foraminifera geochemistry has continued to be the gold standard for reconstructing past ocean conditions.

We know that because foraminifera are living creatures, their shell geochemistry is also affected by biology. During Laura's PhD she cultured living foraminifera in the lab in order to understand how their geochemistry responds to ocean acidification. In particular, she grew foraminifera in seawater that mimicked that of the ancient ocean- around 56 million years ago- in order to more accurately reconstruct ocean acidification during an extreme warming event called the "Paleocene-Eocene Thermal Maximum" (Haynes et al. 2017, 2019). At Rutgers, she is working to combine geochemical analyses with tools from molecular biology to constrain the mechanisms by which foraminifera create their CaCO3 shells. In doing so, she hopes to further understanding of biological influences on foraminifera trace element proxies.

In addition to working with living foraminifera, she also creates new reconstructions from oceanic sediment cores. In January-February of 2020, Laura is sailing on IODP Expedition 378, which will recover a new climate record from the high latitude South Pacific Ocean. The goal of this cruise is to understand how massive environmental change during the Paleogene era affected high latitude ecosystems, ocean chemistry, and climate. Examples of events that we are targeting include the K/Pg boundary, the Paleocene-Eocene Thermal Maximum, and the Eocene-Oligocene boundary. 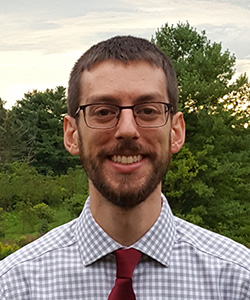 Kyle is a climate scientist whose primary research focus is on interactions between the atmosphere, cryosphere, and oceans that control the evolution of the Greenland Ice Sheet. His past work has shown that episodes of intense atmospheric water vapor transport, known as atmospheric rivers, lead to increased melting of the ice sheet surface when they occur over Greenland during summer. He is currently working with a team of EOAS faculty mentors to assess the ability of global climate models to simulate atmospheric rivers and their coupled ocean-atmosphere drivers, with the goal of improving projections of future sea level rise from Greenland melt.

Kyle completed his M.S. and Ph.D. in Geography at the University of Georgia and his B.S. in Meteorology at Western Kentucky University. In addition to his Greenland Ice Sheet research, he is interested in a number of other aspects of climate and its intersections with other earth system components. He has led or collaborated on research into the atmospheric circulation patterns controlling precipitation variability in subtropical South America, the effect of rain gauge network density on expected extreme precipitation return periods in the Colorado Front Range region, and the potential impact of ice sheet meltwater runoff on phytoplankton primary productivity in the Labrador Sea, among other topics. 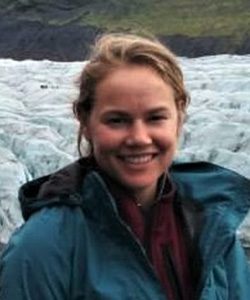 Dr. Reynolds is a sedimentary geologist who studies how coastlines evolve over time. She is interested in how sediments in salt marshes and other coastal environments archive changes in sea level, tectonics, climate, and human influence. Her projects have included reconstructions of relative sea level, and the identification of flood deposits and evidence for coseismic subsidence in the coastal stratigraphic record. In her current research,  she is working with an interdisciplinary team to build more realistic sediment dynamics into models of future tidal marsh response to sea level rise, with the ultimate goal of integrating models of physical processes in tidal marshes with ecological models of species' population change. 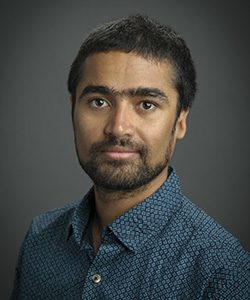 Dr. Poudel is a microbiologist/computational biologist studying the evolution of proteins especially metal binding proteins that can act as a catalyst or an electron carrier. He is a part of NASA's ENIGMA group led by his primary advisor Dr. Paul Falkowski. Therein, he aims to incorporate his evolutionary skills he acquired during his doctoral program to structural bioinformatics to identify and elucidate the evolutionary process of early evolving proteins/peptides. Beside his work, he loves being outside where you can find him backpacking, rock climbing and biking.

A description of Dr. Sam Bova's work at Rutgers is coming soon. 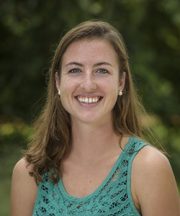 Prior to her time at Rutgers, Corie Charpentier completed her PhD at the University of Delaware, under the advisement of Dr. Jonathan Cohen. Her dissertation research focused on sensory physiology and predator-prey dynamics between fish and zooplankton. During her time at Rutgers, Charpentier worked on two projects. In collaboration with Dr. Heidi Fuchs, she investigated the effect of light pollution on zooplankton behavior. She also worked with Dr. Grace Saba to deploy new AUV technology in the Ross Sea, Antarctica in January 2018, specifically an acoustic zooplankton fish profiler (AZFP) integrated into a Slocum glider. As of 2019, Charpentier is teaching Biology and Marine Science at Ransom Everglades School in Miami, FL. 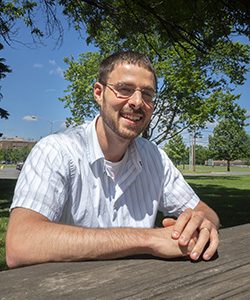 Dr. Clem is a climatologist who specializes in climate dynamics and climate modeling with an emphasis on understanding climate variability in Antarctica. He is interested in tropical-polar teleconnections and the ways in which deep convection in the tropics generates poleward propagating Rossby waves, and how the extra-tropical circulation and its internal variability affects the location and intensity of the high-latitude teleconnection.

Prior to Rutgers, Kyle completed his BS and MS at Ohio University and his PhD at Victoria University of Wellington, New Zealand. During his time as an EOAS Postdoc, he led efforts to port two climate models (NCAR's CESM1.2 and GFDL's CM2.1 and MOM5) to Rutgers' high performance computing cluster Amarel. Kyle performed self-designed experiments looking at teleconnections in West Antarctica associated with deep convection in the South Pacific Convergence Zone.

As of 2019, Kyle has returned to Victoria University to continue his Postdoctoral pursuits. 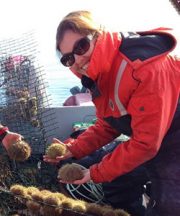 As of 2019, Colette Feehan is an assistant professor at Montclair State University studying how ecosystem perturbations driven by disease outbreaks and climate change alter the structure and functioning of coastal marine ecosystems.

A description to Dr. Ben Knowles' work at Rutgers is coming soon.

A description of Dr. Chana Kranzler's work at Rutgers is coming soon.

A description of Dr. Ong's work at Rutgers is coming soon. 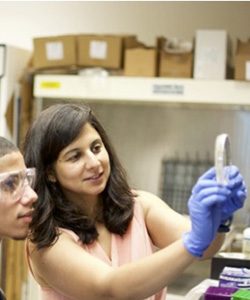 Dr. Pasricha is an evolutionary microbiologist and is fascinated by the evolution of complexity in the transition from a prokaryote to a eukaryotic cell. Her past projects have explored molecular evolution in the third domain of life, Archaea, and RNA viruses. Mansha's interests are to explore molecular pathway(s) and processes that lead to evolutionary innovations in microorganisms spanning the bacterial and archaeal domains of life, and viruses. Footing off these less explored and enigmatic microbial representatives, her time as an EOAS Postdoc was focused on working with an interdisciplinary group of scientists to explore the diversity of viruses in extreme polar environments and to investigate the biophysical, molecular, and cellular events that orchestrate how an RNA virus infects novel prokaryotic hosts.