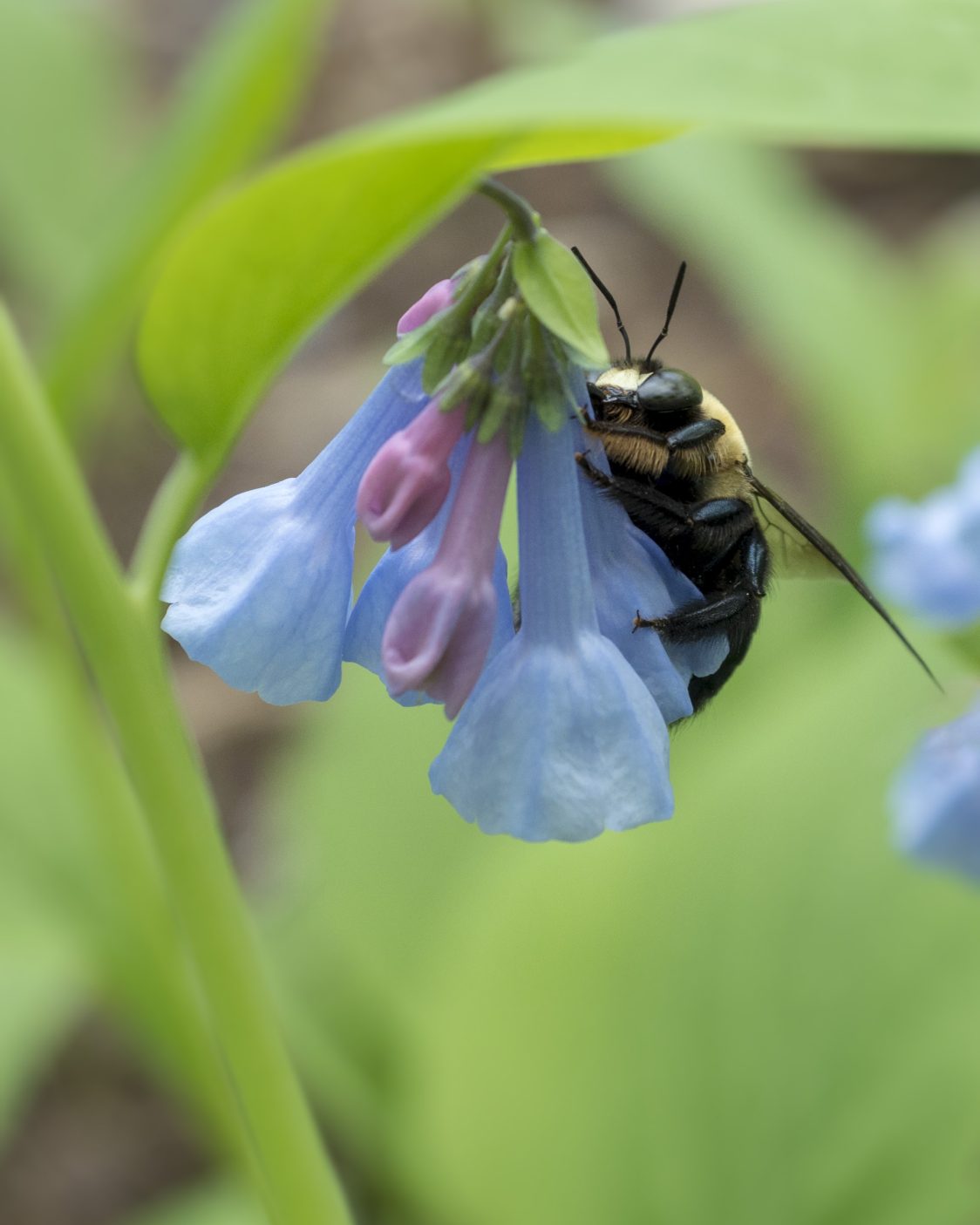 A Rutgers-led study on bees shows how different species pollinate the same plants over time.

Rutgers has conducted the first study showing how many more species of bees are needed to maintain crop yields when a longer-term time frame is considered.

In the paper, which was recently published in Nature Ecology & Evolution, scientists said biodiversity of the bee population is critical to maintaining the ecosystem function of crop pollination, which is critical to humanity’s food supply.

“We found that biodiversity plays a key role in the stability of ecosystems over time,” said Natalie Lemanski, lead author on the study and a postdoctoral researcher in the Department of Ecology, Evolution and Natural Resources at the Rutgers School of Environmental and Biological Sciences (SEBS). “You do actually need more bee species in order to get stable pollination services over a growing season and over years.”

The team on the study focused on various populations of bees at dozens of farms in New Jersey, Pennsylvania and California and found that many more bee species were not only needed for pollination than expected over an entire flowering season, but even more were needed over multiple years.

“This research shows that abundance [of a species] matters, but bee diversity matters even more,” said Michelle Elekonich, the deputy division director of the National Science Foundation’s Directorate for Biological Sciences, which funded the study. “It’s not the same bees that are abundant at a given point in time, and variety is necessary to provide balance during a growing season – and from year to year.”

Lemanski said the study offers substantiation to a long-standing concept ecologists refer to as the “insurance hypothesis.” The idea is that ecosystems probably benefit when nature “diversifies the portfolio,” supporting multiple species of a category of a plant or animal, rather than relying on one dominant species.

“We found that two to three times as many bee species were needed to meet a target level of crop pollination over the course of a growing season compared to a single date,” Lemanski said. “Similarly, twice as many species were needed to provide pollination over the course of six years compared to a single year.”

The researchers based their analysis on their own extensive observations of bee visits to flowers and measurements of the quantity of pollen grains deposited on individual flowers over weeks and months within a given calendar year and then over multiple years. They collected the data, with permission of farmers, at 16 blueberry farms in South Jersey, at 25 watermelon farms in Central Jersey and eastern Pennsylvania and at 36 watermelon farms in the Northern Central Valley of California.

“The magnitude of increase in species needed over multiple years was remarkably consistent among crop systems when considered over the same interval of time,” Lemanski said. “In addition, the fact that the relationship between timescale and the number of species needed did not level off suggests that even longer time series, spanning multiple seasons, may further bolster the need for biodiversity to ensure reliable ecosystem service.”

Rachael Winfree, a professor in the Rutgers Department of Ecology, Evolution and Natural Resources at SEBS, was the senior author on the paper, which was also written in collaboration with Neal Williams of the University of California-Davis. Funding was provided by the National Science Foundation (NSF) and U.S. Department of Agriculture, National Institute of Food and Agriculture, Agriculture and Food Research Initiative.

This article was published by Rutgers Today on September 6, 2022.