In a changing global climate where average ocean temperatures have been continuing to rise, fisheries along the Atlantic Coast of the United States have found themselves having to travel significantly further north to find the same cold-preferring species that recently existed much further south than they do today. EOAS scientist Malin Pinsky is part a of a group of scientists from Rutgers, Yale, and Princeton Universities who were recently highlighted in the Wall Street Journal for their efforts on trying to understand just how much particular species are being affected, and how significantly commercial fisheries are having to adapt to the changes in these species’ migration patterns. The group is also looking into what sort of future regulations may need to be implemented in order to adapt to these changing realities. “Some fisherman will end up losing out and some will win big,” Malin was quoted to have said regarding what implications these northward shifts will have on the industry.

Read More about this topic here

For some species, the northward trend is already very noticeable: 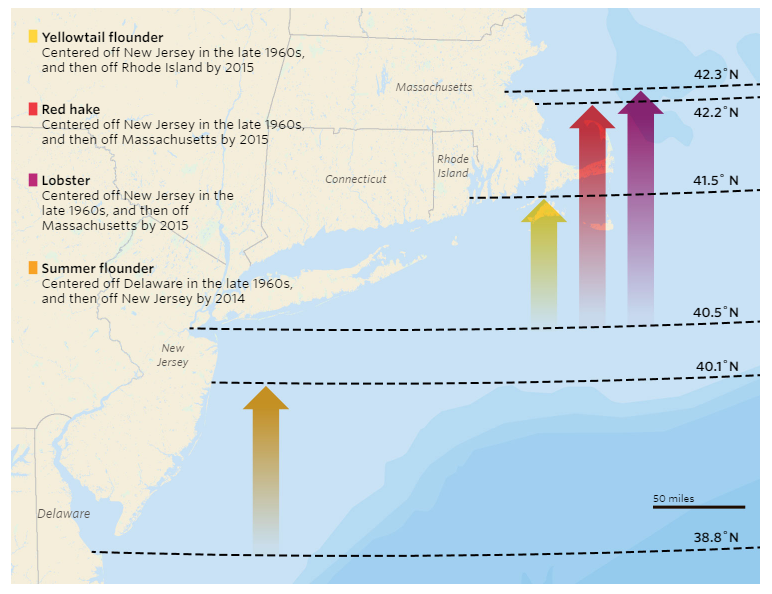