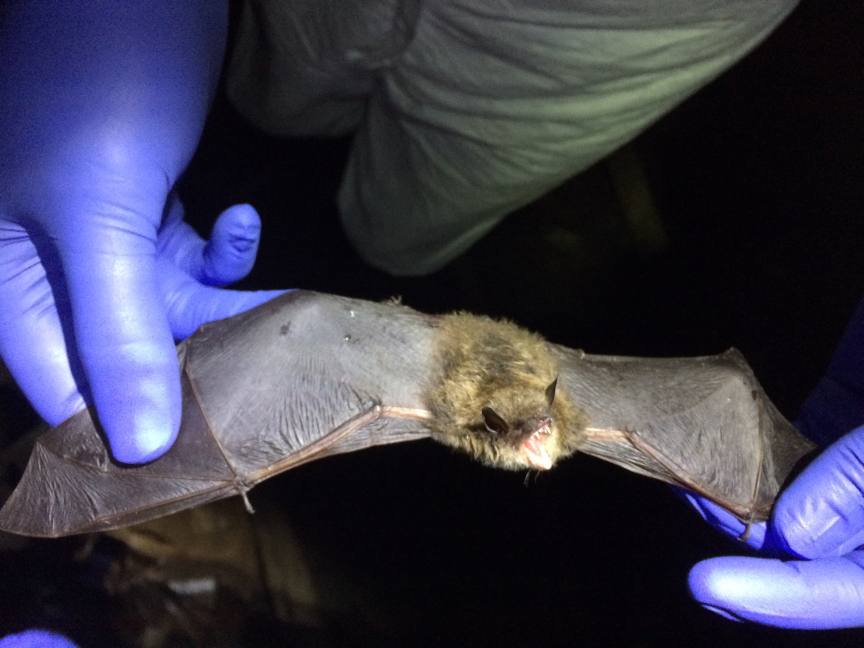 Study has big implications for management of bat populations

Scientists have found genetic differences between bats killed by white-nose syndrome and bats that survived, suggesting that survivors rapidly evolve to resist the fungal disease, according to a Rutgers-led study with big implications for deciding how to safeguard bat populations.

White-nose syndrome has killed millions of bats in North America since 2006, following its introduction from Europe. The syndrome, caused by the fungal pathogen Pseudogymnoascus destructans, is arguably the most catastrophic wildlife disease in history. It has led to unprecedented declines in many North American bat species, including the little brown bat (Myotis lucifugus).

“Our finding that little brown bat populations have evolved, which could be why they survived, has large implications for management of bat populations going forward,” said lead author Sarah Gignoux-Wolfsohn, a former postdoctoral associate at Rutgers University–New Brunswick now at the Smithsonian Environmental Research Center in Maryland. “Management decisions, such as whether to treat for white-nose syndrome or protect populations from other detrimental factors, can be informed by knowing which bats are genetically resistant to the disease.”

“The deployment of vaccines or treatments for the fungus may be most needed in populations with few disease-resistant individuals,” said Gignoux-Wolfsohn, who led the study – published in the journal Molecular Ecology – while at Rutgers. “Our study also has implications for other diseases that cause mass mortality. While rapid evolution in response to these diseases is often difficult to detect, our study suggests it may be more common than previously thought.”

The disease got its name because the fungus, which grows in cold, dark and damp places, sometimes looks like white fuzz on bats’ faces, according to the White-Nose Syndrome Response Team led by the U.S. Fish and Wildlife Service. The fungus attacks the bare skin of bats when they’re hibernating and relatively inactive. As it grows, the fungus causes changes in bats that make them become unusually active and burn up fat they need to survive winter. Infected bats may do strange things, such as fly outside in the daytime during winter.

Before white-nose syndrome arrived in North America, the little brown bat was one of the most widespread bat species. The disease has caused populations to decline by about 78 percent, killing many hibernating colonies. Still, some populations appear to be recovering after significant declines, likely due to increased disease resistance.

Scientists sequenced bat genomes from three hibernating colonies in abandoned mines in New York, New Jersey and Vermont to determine whether little brown bats evolved as a result of the disease. They compared the genomes of bats killed by white-nose syndrome to survivors in recovering populations to identify genetic differences that may be responsible for survival.

The bats’ evolution appears to have particularly affected genes associated with weight gain before hibernation and behavior during hibernation. Rapid evolution may have allowed the remaining bats to keep hibernating and survive infection that killed off millions of other bats.

“Evolution is often thought of as a process that happened long ago,” Gignoux-Wolfsohn said. “We have found that it has also been happening right in our backyards and barns over the last decade.”

The scientists are conducting a similar study in Indiana bats (Myotis sodalis). While also affected by white-nose syndrome, this species has experienced lesser declines than little brown bats.

This article was written by Todd Bates and was originally published in Rutgers Today on February 4, 2021.