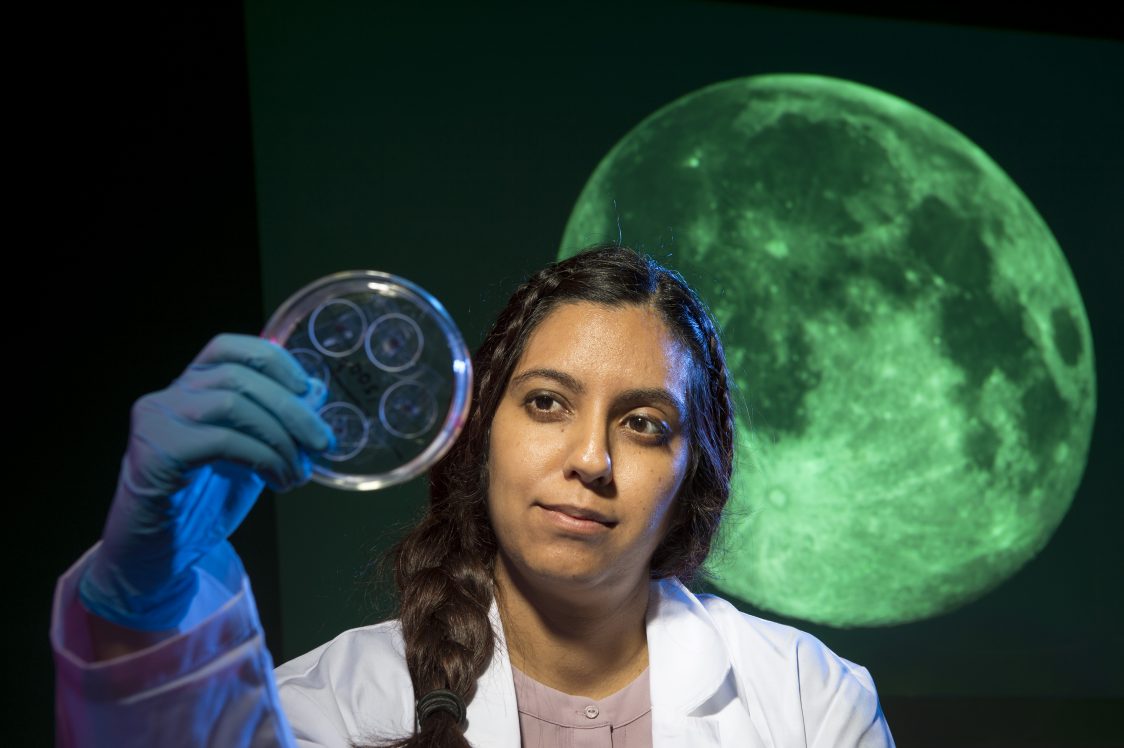 Rutgers and MIT experts lead lunar rock study with implications for life and habitability on other moons and planetary bodies.

The moon’s magnetic field lasted 1 billion to 2.5 billion years longer than once thought – a finding with important implications for habitability on other moons and planets throughout the universe, a Rutgers University-New Brunswick professor says.

“The Earth’s magnetic field is a shield that protects us from dangerous solar wind particles and ionizing radiation, so magnetic fields play a key role in the habitability of planets and, possibly, moons,” said Sonia Tikoo, lead author of a study published online today in Science Advances and an assistant professor in Rutgers’ Department of Earth and Planetary Sciences. 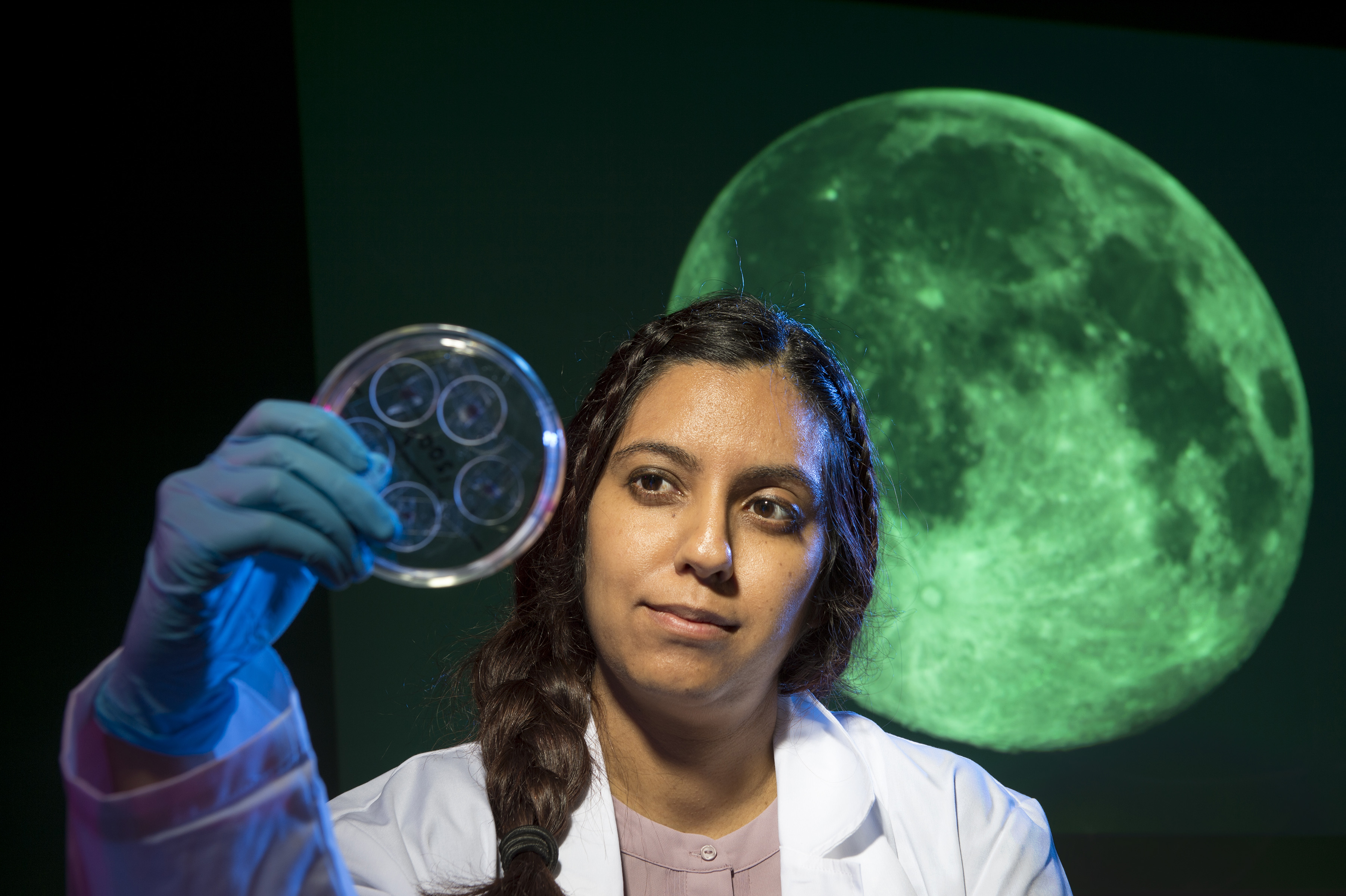 “Without this shield, we’d have more radiation, we’d have lots of mutations and who knows how life would respond in an unstable environment like that,” said Tikoo, who began working on the study in 2013 while she was a graduate student at the Massachusetts Institute of Technology and who has examined more than 10 moon rocks. “It would be a harsher place to survive in.”

In their study, the researchers – for the first time – successfully heated a lunar rock brought to Earth during an Apollo space mission to retrieve an accurate intensity for the lunar magnetic field, she said. The energetic cores of planets and moons generate magnetic fields, and rocks can record magnetic fields to which they were exposed.

Tikoo reanalyzed a moon rock collected by the Apollo 15 crew on Aug. 1, 1971, on the southern rim of Dune Crater within eastern Mare Imbrium. The small, young rock – partially coated with melted glass – likely formed during a meteor impact on the lunar surface.

Tikoo used a rock magnetometer to analyze the lunar rock. The device measures the strength and direction of magnetic fields in rocks. She slowly demagnetized the rock to reveal its original magnetization, heating it to 1,436 degrees Fahrenheit in a controlled atmosphere chamber at MIT to keep the heat from altering the rock.

The researchers think the moon’s magnetic field declined by about 90 percent from its high point 3.56 billion years ago or earlier. That’s when the moon’s magnetic field was about the same strength as the Earth’s is today – an average of about 50 microtesla, a measure of magnetism. The lunar rock Tikoo tested, which is about 1 billion to 2.5 billion years old, recorded 5 microtesla. The moon has no core-generated magnetic field today, and scientists don’t know when it turned off. Lingering questions include trying to figure out when the field ceased and what the field was like between 3.56 billion and 2.5 billion years ago, she said.

“We didn’t think that small planetary bodies could generate magnetic fields for a very long time because they have smaller cores that would cool quickly and crystallize early in their lifetimes,” she said. “Because the rate of crystallization depends on the core composition, our finding may challenge what we think the lunar core is made of. It’s mostly made of iron, but something must be mixed in with it: sulfur, carbon or another element.” 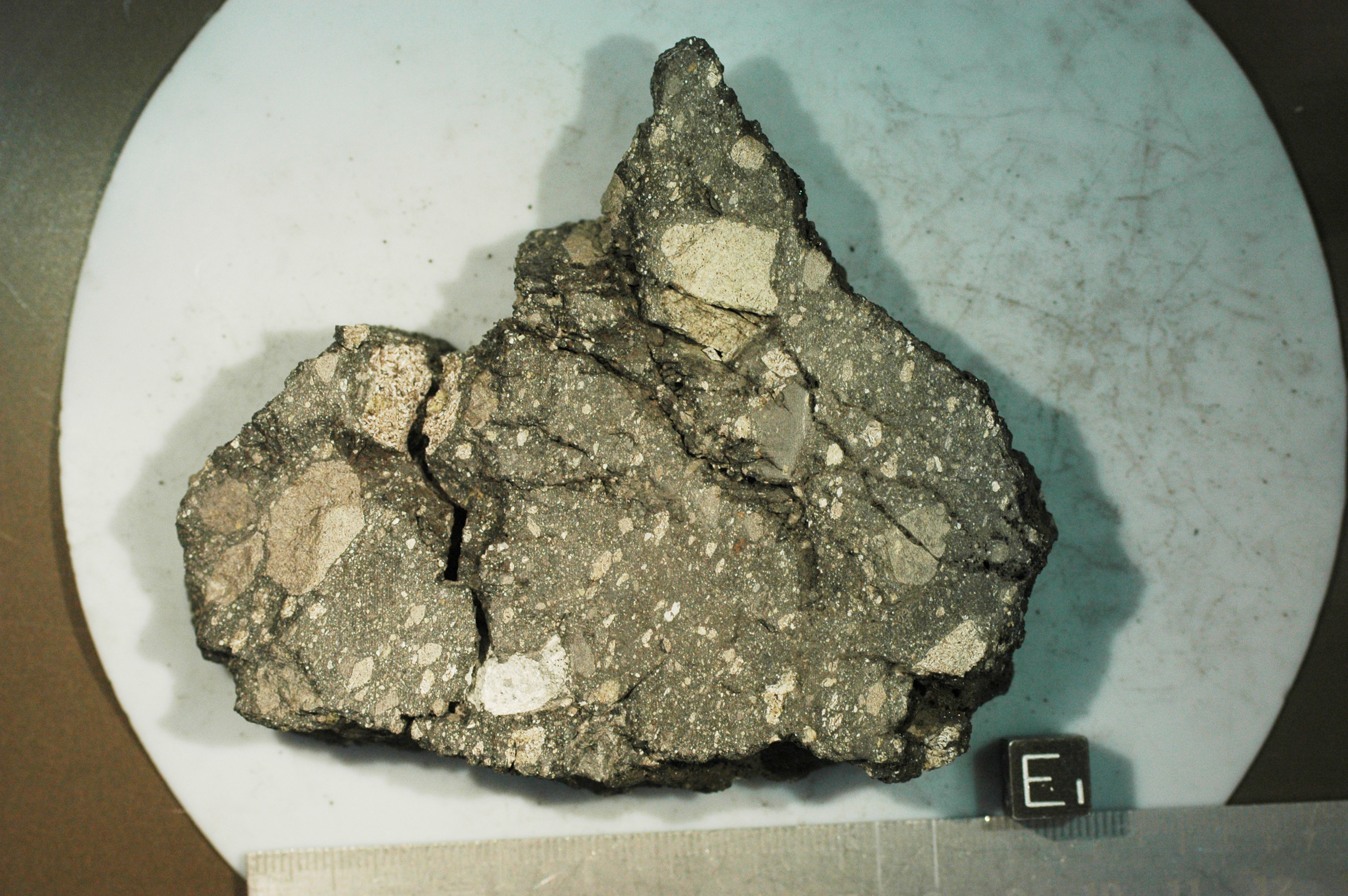 Photo: NASA
The Apollo 15 moon rock sample analyzed by Rutgers-New Brunswick’s Sonia Tikoo. The rock consists of basalt fragments welded together by a dark glassy matrix that was produced by melting from a meteorite impact. The black scale cube is 1 centimeter across.

When a planet’s magnetic field dies, ionizing particles from its sun can lead to the loss of its water over hundreds of millions of years, Tikoo said. “That’s a big deal in terms of habitability,” she said, adding that Mars once had lots of water but lost nearly all of it after its magnetic field died about 4 billion years ago.

“Whenever we look at exoplanets or the moons of exoplanets that could be in the habitable zone, we can consider the magnetic field as an important player in habitability,” she said. “Then the question becomes what size planets and moons should we be considering as possibly habitable worlds.”