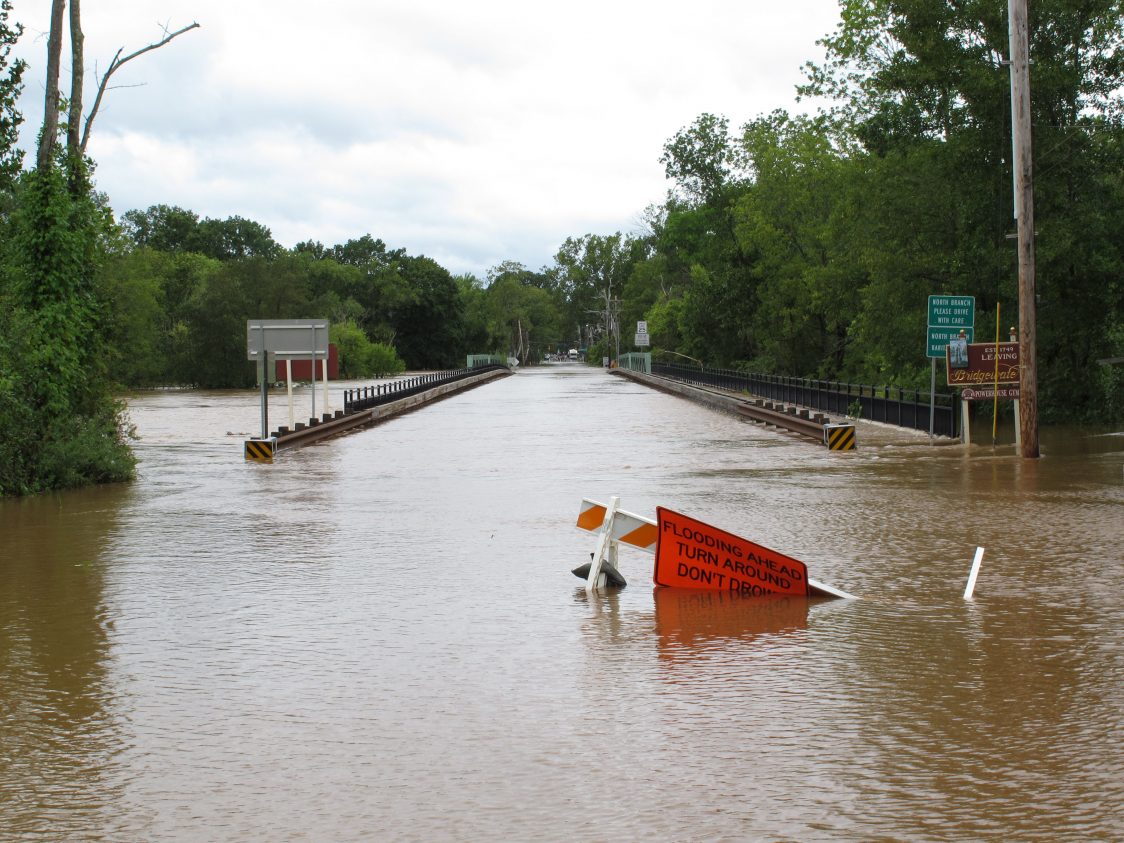 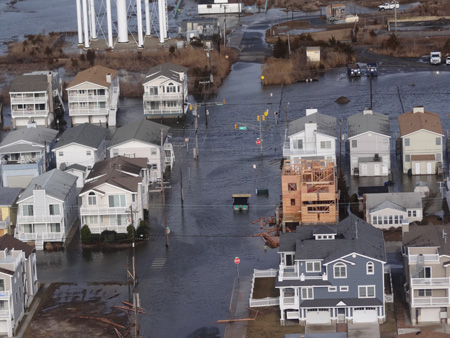 Streets are flooded in Ocean City, N.J., Thursday, March 7, 2013, after a winter storm passed through the area. The photo was taken by a Coast Guard crew member aboard an MH-65 Dolphin helicopter from Air Station Atlantic City during a training flight. (U.S. Coast Guard photo by Petty Officer 2nd Class Evan Lyon)

Did you know the Garden State must reduce its current greenhouse gas emissions by 75 percent by 2050 to comply with state law?

The New Jersey Climate Adaptation Alliance – facilitated by Rutgers University–New Brunswick – has launched a social media campaign to enhance public education and to guide people to a wealth of information on climate change resilience on its website.

The campaign will run through spring and include promotion of an infographic and six videos. The infographic – “Reducing New Jersey’s Greenhouse Gas Emissions: A guide to policy options” – is based on the report, “An Examination of Policy Options for Achieving Greenhouse Gas Emissions Reductions in New Jersey,” by the Georgetown Climate Center, Rutgers Climate Institute, the Bloustein School and World Resources Institute. The New Jersey Climate Adaptation Alliance has many other resources, including videos, analysis and decision-support tools, on its website. 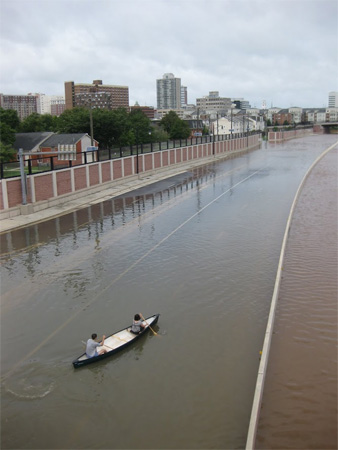 “With Gov. Murphy’s administration taking office this month, the alliance wanted to provide  a fresh opportunity to look at climate change issues facing the state,” said Marjorie B. Kaplan, alliance co-facilitator and associate director of the Rutgers Climate Institute at Rutgers–New Brunswick. “Climate change can be integrated into plans and policies at all levels of government and beyond.”

The alliance, launched in 2011, is a partnership between Rutgers and numerous organizations and businesses. It includes policymakers, public and private sector practitioners, academics and nongovernmental and business leaders who promote climate change preparedness in New Jersey, said Jeanne Herb, alliance co-facilitator and associate director of the Environmental Analysis and Communications Group at the Edward J. Bloustein School of Planning and Public Policy at Rutgers–New Brunswick.

“The alliance is a great example of Rutgers at its best,” Herb said. “We identified a gap where there was a real need in this state, and we formed a partnership within the university and with lots of other leaders and institutions, including experts in risk analysis, climate science and the social impacts of climate change. I think it’s very much part of the mission of a major public research university.”