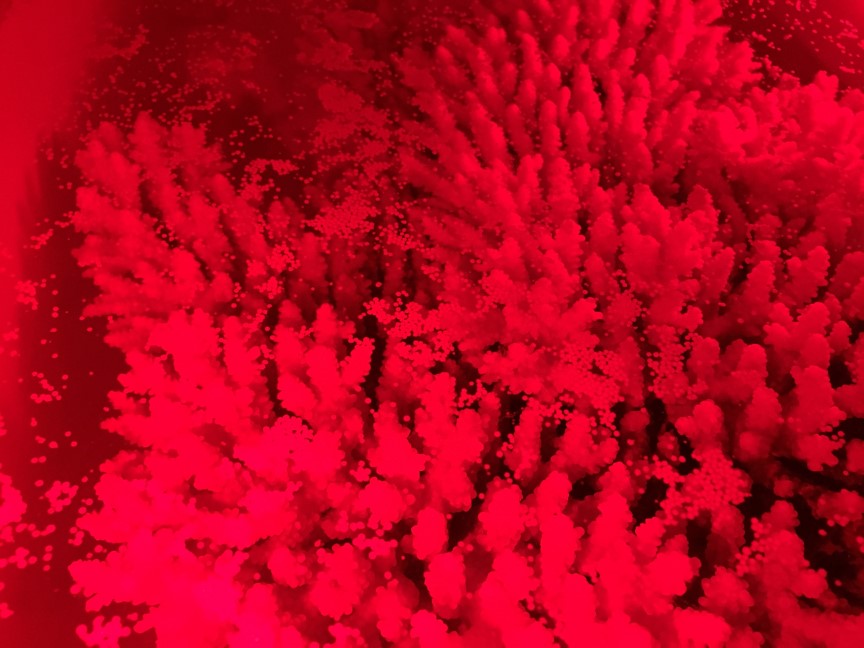 During coral mass spawning events, which are in sync with the moon’s cycle, stony coral colonies simultaneously release an underwater cloud of sperm and eggs for fertilization. But how do the sperm and eggs survive as plankton before settling on reefs, with threats from predators, microbes and stresses such as warming waters?

A U.S. National Science Foundation-funded team has discovered some surprising features in coral sperm and eggs, collectively called gametes, according to a study in the journal PeerJ.

Although coral eggs are large and sperm cells are tiny and far more numerous, the scientists showed for the first time that eggs and sperm appear to be surprisingly similar when it comes to the gene functions they express during the planktonic stage.

The scientists identified two genes that may be involved in how coral sperm and eggs recognize each other in dynamic ocean waters, allowing fertilization.

“Much more attention needs to be paid to coral gametes because both egg and sperm are vulnerable to climate change and other insults,” said senior author Debashish Bhattacharya of Rutgers University. “It goes without saying that without robust sperm and eggs, the coral reproductive cycle will be significantly weakened. Therefore, we need to understand in more detail how natural selection has acted on coral gametes to ensure their survival, leading to successful fertilization.”

By analyzing the genes of the Hawaiian stony coral Montipora capitata, the scientists revealed a blueprint for how coral eggs and sperm function. The next steps include further analyses of coral genomes to identify the substances corals produce to ensure survival and fertilization.

“It’s important to better understand the reproductive cycle of corals given the stresses they are under in a changing ocean,” says Mike Sieracki, a program director in NSF’s Division of Ocean Sciences.–  NSF Public Affairs, researchnews@nsf.gov