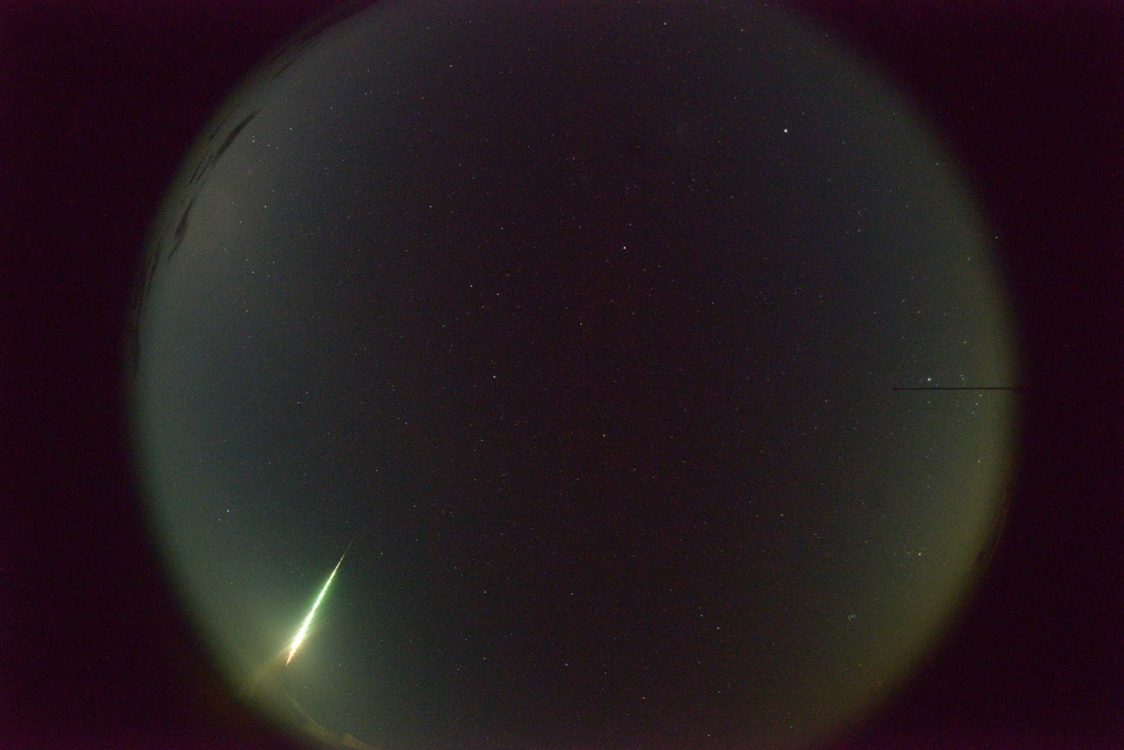 Hearing about the challenges of geochemistry and cosmochemistry from Assistant Professor Dr. Katherine Bermingham sometimes sounds like the discourse from an episode of Rick and Morty, the animated series. For Bermingham, the subjects are not the stuff of outlandish sci-fi, but rather are hard science of the most down-to-Earth variety.

Bermingham, new to the School of Arts and Sciences’ Department of Earth and Planetary Sciences, studies meteorites, predominantly those coming from the asteroid belt between Mars and Jupiter, and terrestrial samples from the rocky layer deep in the Earth called the mantle, which represents more than 60 percent of the planet’s mass, with mantle-derived samples brought to the surface by volcanic eruptions, as an example.

Meteorites were the bricks and mortar of the Earth, so studying these samples is essential to determining the planet’s history. “My research focuses on questions of what the building blocks of the solar system and Earth were,” she said. “By building blocks, I mean the elements, and where they came from to make up the Earth and the solar system. I do a combination of high-precision isotope measurements on terrestrial samples and meteorites and try to fuse those datasets together where possible.”

Bermingham, a member of the Institute of Earth, Ocean, and Atmospheric Sciences, came to the New Brunswick campus from the University of Maryland. Discussing her research, she explained that data can be obtained through observational studies of planets, asteroids, other solar systems at different stages of evolution, and stars. Meteorites, however, provide some of the best samples of the early solar system that can be analyzed in a lab because meteorites are debris from planet formation. The isotope composition of meteorites can be compared to that of mantle-derived materials to see if there is a match between the two that may potentially help identify the meteorite that made up Earth.

Scientists in cosmochemistry consider the elements their “bread and butter,” according to Bermingham, and it’s their isotopes that give multiple layers of information to investigate. The isotopic signatures of meteorites can reveal not only which stars created those isotopes and delivered them into our solar system, but it can also tell you potentially where the disk, these meteorite samples, came from. The more of one isotope and the less of another isotope might signal that it came from nearer the sun than another meteorite sample.

Bermingham is looking forward to fieldwork in the future, probably involving travel to Antarctica or Australia.  She did have a memorable adventure in the Australian desert in 2011. As part of a group of five scientists, she scoured Nullarbor, Australia, for recently fallen meteorite samples. The area is known for lunar meteorites, including Lynch002, the second discovered on the Australian continent. The trip was organized by Desert Fireball Network, which comprises a system of digital cameras that capture photographs of meteorites as they fall through the night sky. It’s not that more meteorites fall in the Nullarbor area than in other locales, but rather that it has simply been uninhabited and undisturbed.

They walked the desert for days with no success, primarily because of recent rains and vegetation growth. “You don’t necessarily want to go digging around in holes and under trees in Australia; things will bite you and kill you,” Bermingham said. Then, one day while working away from the group she scrutinized something that appeared to be an animal dropping.

“I kicked it, it was too hard, it didn’t break up, and it ended up being this really cool lunar meteorite,” she said. “So that was an exciting find. And I think we found an ordinary chondrite. It’s a common type of meteorite. And then we found some tektites (glassy objects formed upon meteorite impacts). All in all, a really good outcome for the trip.”

Bermingham also answered some wide-ranging questions about her work and life. The responses, in some cases, have been edited for clarity and conciseness.

What was your best day on the job?

I’d say that so many of the days I get to do my job I cannot believe I get to sit and try to solve some of the fundamental questions humans ask about our worlds. So I’d say that most days are pretty good. If there’s a lot of frustration on the job it comes with the kind of level of detail we have to work with, but that comes hand in hand with it.

What academic accomplishment gives you the most pride?

The combination of a bachelor’s degree and then the Ph.D. Doing that combination and being able to go far enough with both of those degrees to get to the point that I’m at now. I would say that it’s the formal education the universities and those supervisors provided that I’m most proud of taking part in.

What was your first paid job?

This is embarrassing. I actually was a barista at Starbucks. I was the regional coffee specialist. I took a year off between university and high school. So I was 17 and I wanted to get a job. Starbucks had just come to Australia. It was the biggest thing ever.  It was an alluring, cool thing to do. And they paid you well at 17. I loved coffee and they had this chemistry of coffee education aspect to their training which I enjoyed.

What do you do when you want to retreat from academics?

I look up and look outside and try to interact with people, not just a screen. I talk to family, friends, go out and see something, not just be stuck in a room, with the technology.

How do you express your creativity through your field?

I would say creativity is a huge part of what we do. I think there are different kinds of scientists: those are very good at getting the data, those who are very good at bringing it all together, or those who can do both. I try to do both. That’s my constant drive to see if I can produce really good data and then synthesize it into a story that advances science. That’s the goal. I don’t know if I’ll ever achieve it, but that’s why I try to do.

I think I work best with collaboration. I do like to lead projects, but I certainly don’t know enough about what we do. I mean, the kind of science I do has a lot of uncharted territory. Just think of people who sailed around the world, the explorers trying to find out if the world was round or flat or where the sea met land, they had to have a bunch of people with them, a team. And only then we can have the most successful discoveries. So like I say, I like leading, but I definitely need an excellent team with me.

What is your secret skill?

It’s not so much of a skill, but I think I’d probably say I am an inherent optimist which you have to be if you are going to pursue life at the sixth and seventh decimal place.