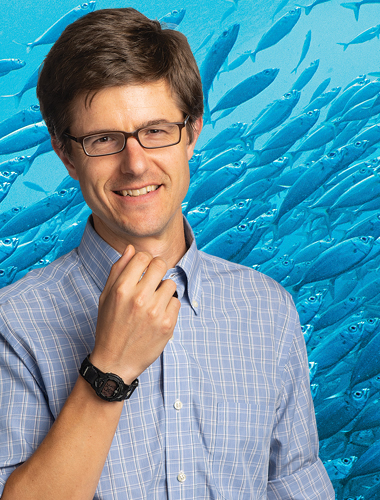 The Department of Defense (DoD) recently announced $28.7 million in grants to 17 university-based faculty teams through its FY2021 Minerva Research Initiative to support research in social and behavioral science. Among the DoD awardees is a faculty team comprising Malin Pinsky, associate professor in the Department of Ecology, Evolution, and Natural Resources, that was awarded $1.3 million to fund a three-year project focused on “Climate Change, Resource Reallocation and Great Power Competition.” A new collaboration among Rutgers, Princeton University and Arizona State University, the project seeks to understand how climate change is impacting strategic natural resources around the world and national security.

According to Pinsky, “the research will examine whether countries are likely to see coincident increases, decreases or extreme events across fisheries, agricultural trade, shipping and other sectors, then link this to competition and trade among great power countries.” The project is expected to lead to fundamental advances in understanding the relationship between climate science and international security studies.

This article was originally written by the SEBS/NJAES Office of Communications on March 3, 2022.