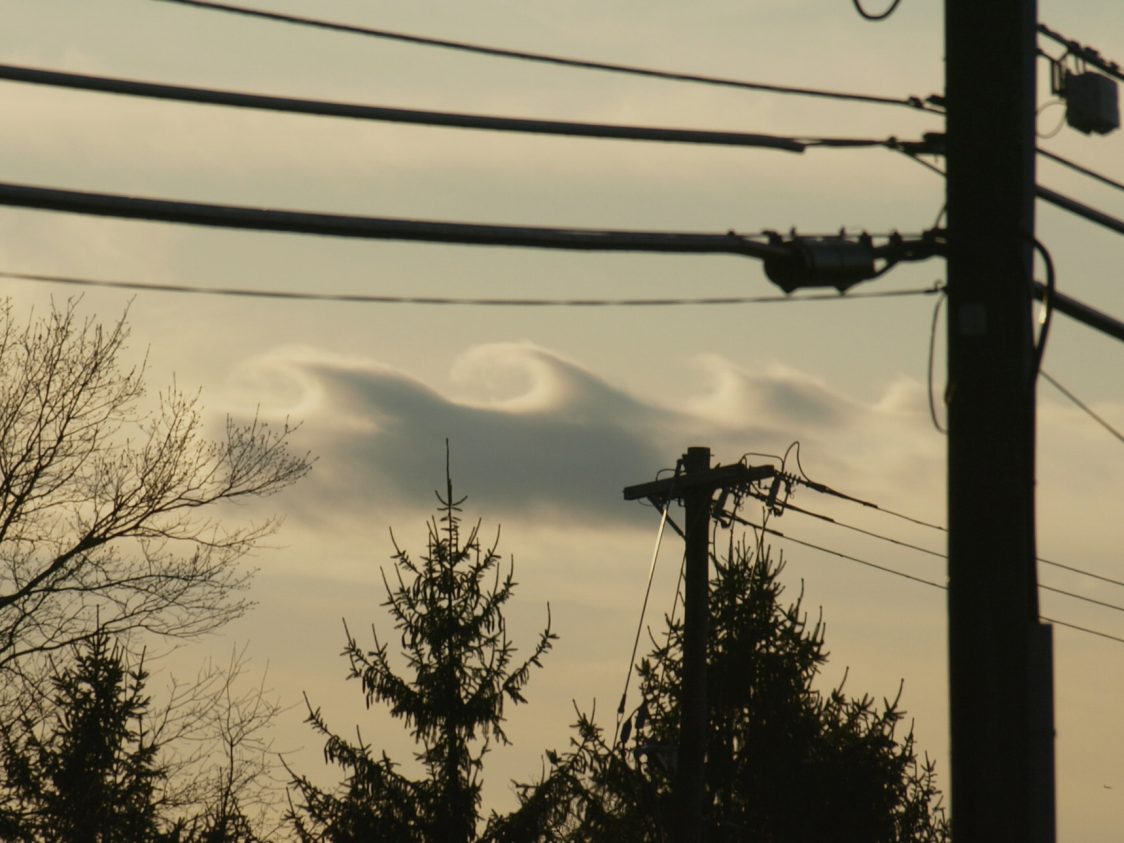 Science is all around you — but sometimes it goes unnoticed. Surely many of us recall spending lazy summer afternoons staring up at big puffy clouds of varying shapes, letting one’s imagination run wild with interpretations of what they appear to look like. A bird, tugboat, or elephant perhaps? What about a line sharks teeth perfectly horizontal across the sky?
If you can visualize the last one suggested, it may be that you were lucky enough to have witnessed a line of rather unusual Kelvin-Helmholtz wave clouds. Named after famous physicists Lord Kelvin and Hermann von Helmholtz, these clouds are a visualization of Kelvin-Helmholtz Instability.

A mystery of Kelvin-Helmholtz instability that was solved long ago is that the waves in the clouds that mark its presence are always observed when the atmosphere resists vertical motions, a condition that Meteorologists refer to as “a stable atmosphere”. When adjacent layers of a stable atmosphere have a significant difference in wind velocity (different speed and direction), which is referred to as wind shear, any small perturbation that is introduced at the interface of the two layers may amplify. This is akin to a ripple effect similar to that which is observed when a strong wind blows across the surface of a lake. If the lower of the two layers is saturated (contains clouds), the resulting waves can be seen by an observer at the surface or in an airplane. Meteorologists refer affectionately to this beautiful cloud formation as “billows” and billows may be observed in virtually any sky across the world. Billows have varying amplitude depending on the exact conditions and if you look close you will notice that they occur at a single wavelength and can “break” just like waves at the beach. But you have to be quick, because just like ocean waves in slow motion, you can see them ‘crash’ and fade away in moments. 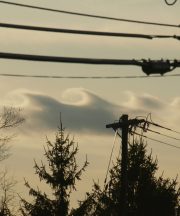 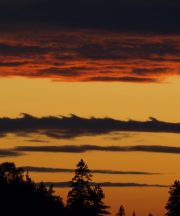 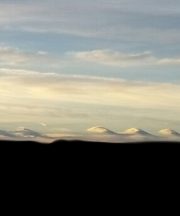 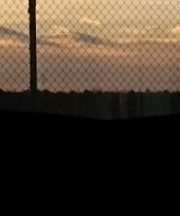