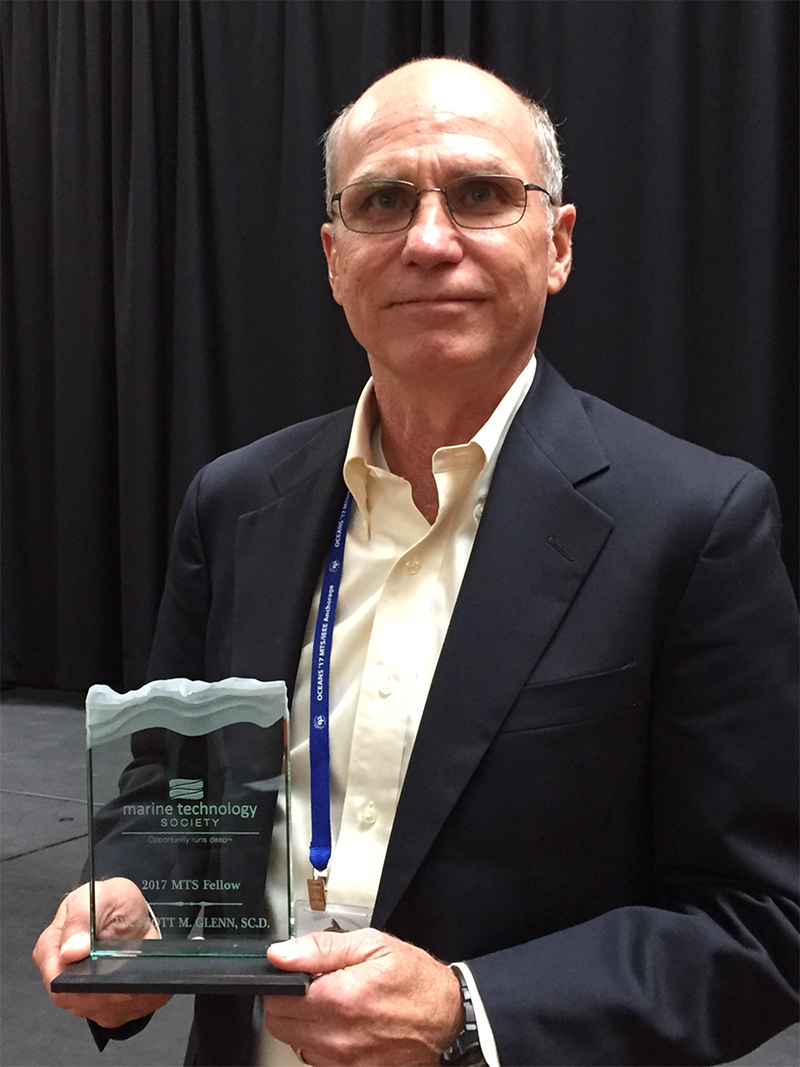 EOAS member Scott Glenn was named a Fellow of the Marine Technology Society at the society’s Oceans 2017 meeting held from September 18 to 21 in Anchorage, Alaska. Designation as a Marine Technology Fellow is one of the highest accolades an individual can achieve.

Since 1975, this title has been awarded to MTS members who have made outstanding contributions to the advancement of the Society’s objectives and who have had distinguished accomplishments and experience in their professional fields. This honor recognizes Dr. Glenn’s career efforts in developing novel technologies used to forecast the Gulf Stream dynamics, developing integrated ocean observatories, improving our ability to sample and forecast hurricane, intensity and his focused efforts on integrating undergraduate education into all his research efforts.

In addition to Scott’s honor, Rutgers Undergraduate student Cassidy Gonzalez-Morabi to advanced into the finals of the student research competition. Cassidy was the only undergraduate from around the world in the finals. Cassidy is a mechanical engineering student. She used her research on the flight dynamics of underwater gliders to gain a better physical understanding of mixing in hurricanes. Cassidy has raised the bar for what a Rutgers undergraduate can accomplish at MTS.

Congratulations to both Dr. Scott Glenn and Cassidy Gonzalez-Morabito.

Article originally published by the Department of Marine and Coastal Sciences.