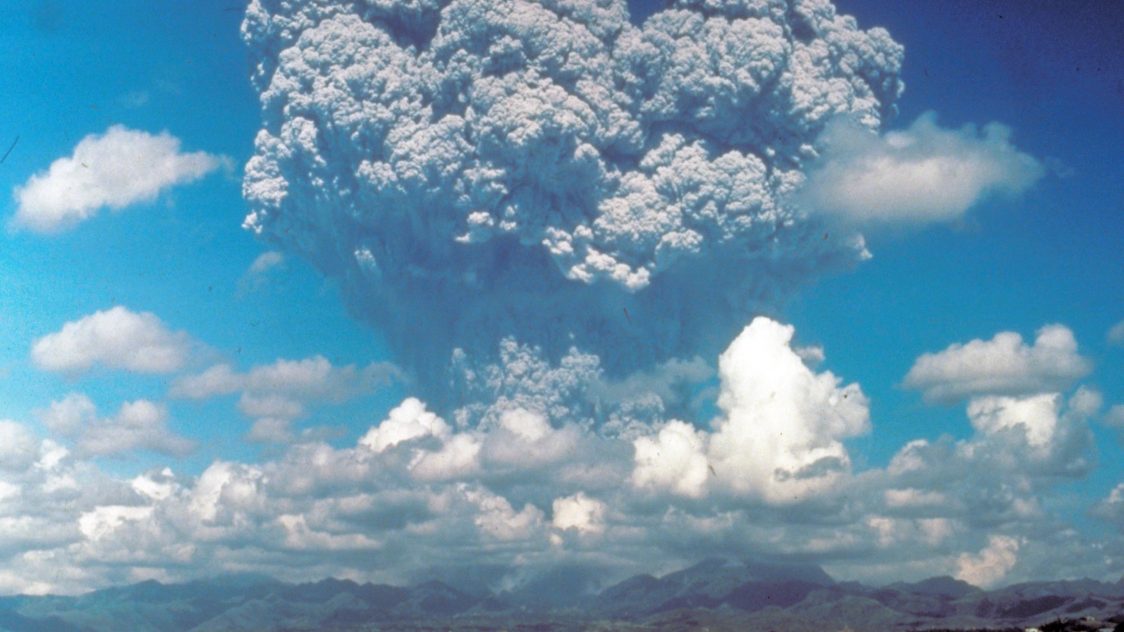 Volcanic eruptions contributed to the collapse of dynasties in China in the last 2,000 years by temporarily cooling the climate and affecting agriculture, according to a Rutgers co-authored study.

Large eruptions create a cloud that blocks some sunlight for a year or two. That reduces warming of the land in Asia in the summer and leads to a weaker monsoon and less rainfall, reducing crop harvests.

“We confirmed for the first time that collapses of dynasties in China over the last 2,000 years are more likely in the years after volcanic eruptions,” said co-author Alan Robock, a Distinguished Professor in the Department of Environmental Sciences in the School of Environmental and Biological Sciences at Rutgers University-New Brunswick. “But the relationship is complex because if there is ongoing warfare and conflict, dynasties are more susceptible to collapse. The impact of a cooled climate on crops can also make conflict more likely, further increasing the probability of collapse.”

Scientists reconstructed 156 explosive volcanic eruptions from 1 A.D. to 1915 by examining elevated sulfate levels in ice cores from Greenland and Antarctic, according to the study in the journal Communications Earth & Environment. Scientists also analyzed historical documents from China on 68 dynasties and examined warfare there between 850 and 1911.

Major eruptions can lead to “a double jeopardy of marked coldness and dryness during the agricultural growing season,” the study says. Impacts may be worsened by livestock deaths, accelerated land degradation and more crop damage from agricultural pests that survive during milder winters.

Scientists found that smaller volcanic “shocks” to the climate may cause dynasties to collapse when political and socioeconomic stress is already high. Larger shocks may lead to collapses without substantial pre-existing stress. Other factors include poor leadership, administrative corruption and demographic pressures.

“Mandate of heaven,” an influential Chinese concept, allowed for some continuity between dynasties. Elites and “commoners” more readily accepted a new dynasty that, by seizing power, demonstrated a divine mandate to rule that the former dynasty had lost.

The scientists’ findings emphasize the need to prepare for future eruptions, especially in regions with economically vulnerable populations (perhaps comparable to the Ming and Tang dynasties in China) and/or that have a history of resource mismanagement, as in Syria before the 2011 uprising that may have been partly triggered by drought.

Eruptions during the 20th and 21st centuries have been smaller than many during imperial China. Still, moderate eruptions may have contributed to the Sahelian drought of the 1970s to 1990s, contributing to about 250,000 deaths and resulting in 10 million refugees in this economically marginalized region. Future major eruptions, combined with climate change, are likely to profoundly affect agriculture in some of the Earth’s most populous and most marginalized regions, the study says.

This article was originally published by John Cramer in Rutgers Research News on November 11, 2021.