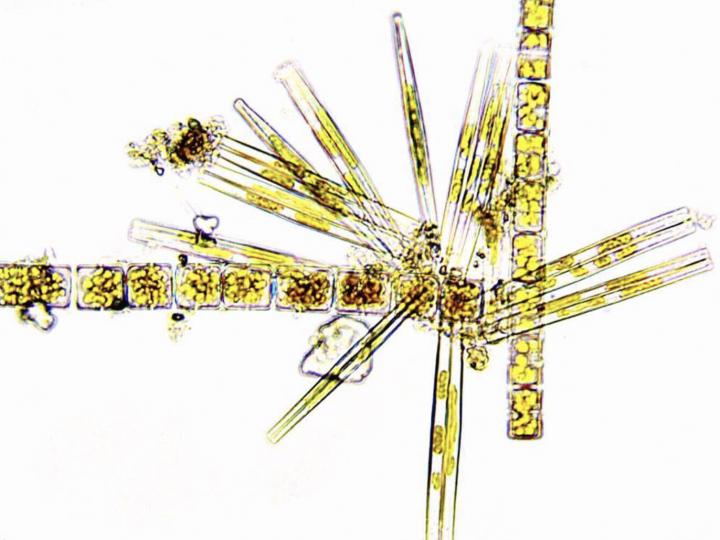 Algae in the oceans often steal genes from bacteria to gain beneficial attributes, such as the ability to tolerate stressful environments or break down carbohydrates for food, according to a Rutgers co-authored study.

The study of 23 species of brown and golden-brown algae, published in the journal Science Advances, shows for the first time that gene acquisition had a significant impact on the evolution of a massive and ancient group of algae and protists (mostly one-celled organisms including protozoa) that help form the base of oceanic food webs. These photosynthetic species produce about 70 percent of the oxygen we breathe and some of them, such as diatoms, are responsible for about 45 percent of global primary production of organic matter.

“The vast group of species called CRASH, including algae such as diatoms and dinoflagellates, as well as members of the group (alveolates) that includes the malaria parasite and another group (oomycetes) that includes the potato blight pathogen, creates and consumes immense amounts of organic matter,” said corresponding author Debashish Bhattacharya, a distinguished professor in the Department of Biochemistry and Microbiology in the School of Environmental and Biological Sciences at Rutgers University–New Brunswick. “There are hundreds of thousands of CRASH species and they have thrived on Earth for more than a billion years.”

The scientists, led by researchers at the Chinese Academy of Fishery Sciences, created a massive genomic dataset of more than 524,000 protein sequences from 23 CRASH species and used sophisticated methods to analyze the data.

The results showed that gene stealing or acquisition (known as horizontal gene transfer) varies substantially among different CRASH species, with 0.16 percent to 1.44 percent of their genes (an average of 1 percent) coming from bacteria.