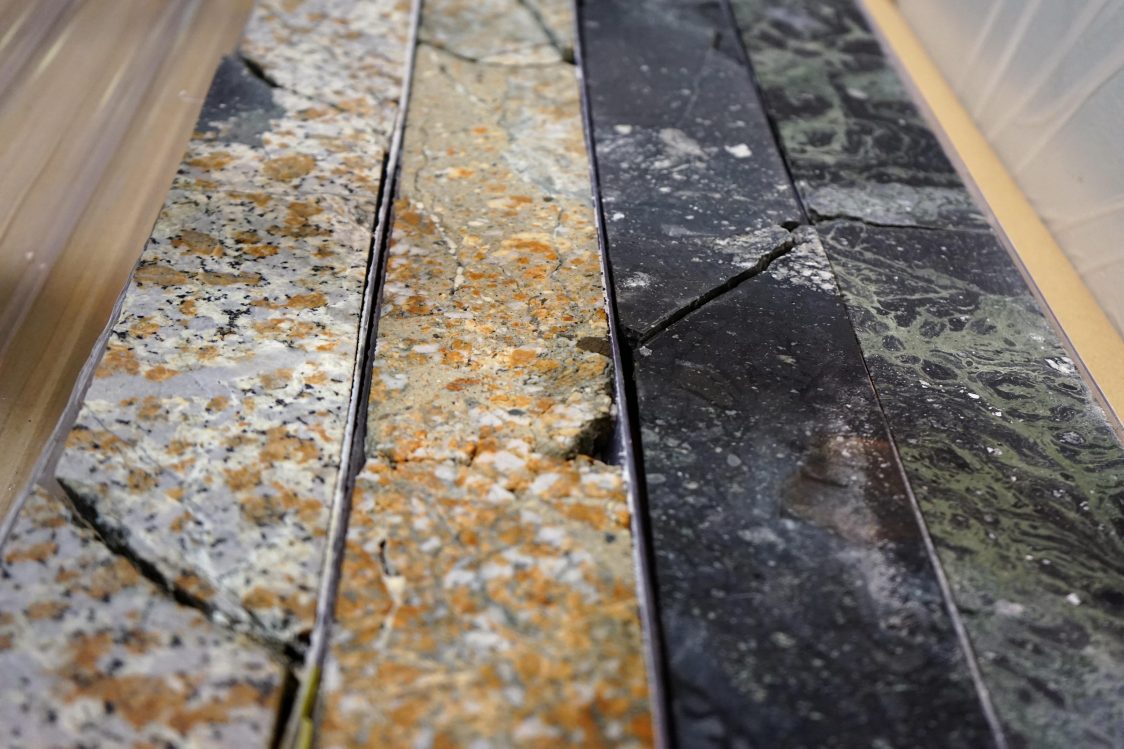 An international team of 38 scientists, including Rutgers’ and EOAS member scientist Sonia Tikoo, has shown how large asteroid impacts deform rocks and possibly create habitats for early life on Earth and elsewhere.
Around 65 million years ago, a massive asteroid crashed into the Gulf of Mexico, causing an impact so huge that the blast and its aftermath wiped out about 75 percent of all life on Earth, including most of the dinosaurs. It’s known as the Chicxulub impact.

In April and May, scientists on an offshore expedition drilled deep into part of the Chicxulub impact crater. Their mission was to retrieve samples from the rocky inner ridges of the crater – known as the “peak ring” – drilling about 1,600 to 4,380 feet below the modern-day sea floor to learn more about the ancient cataclysmic event.

Now, the researchers have performed the first analysis of the core samples in a study published online today in the journal Science. They found that the impact deformed the peak ring rocks, making them more porous and less dense than models had predicted.

“Chicxulub crater is the only crater on Earth that has such a well-preserved peak ring and since we can’t get samples of peak rings from other planets yet, it’s really our best window into understanding the formation of large impact basins anywhere in the solar system,” said Tikoo, an assistant professor in the Department of Earth and Planetary Sciences in the School of Arts and Sciences. “We really didn’t know the exact physical mechanisms behind how peak ring craters form until this study.” 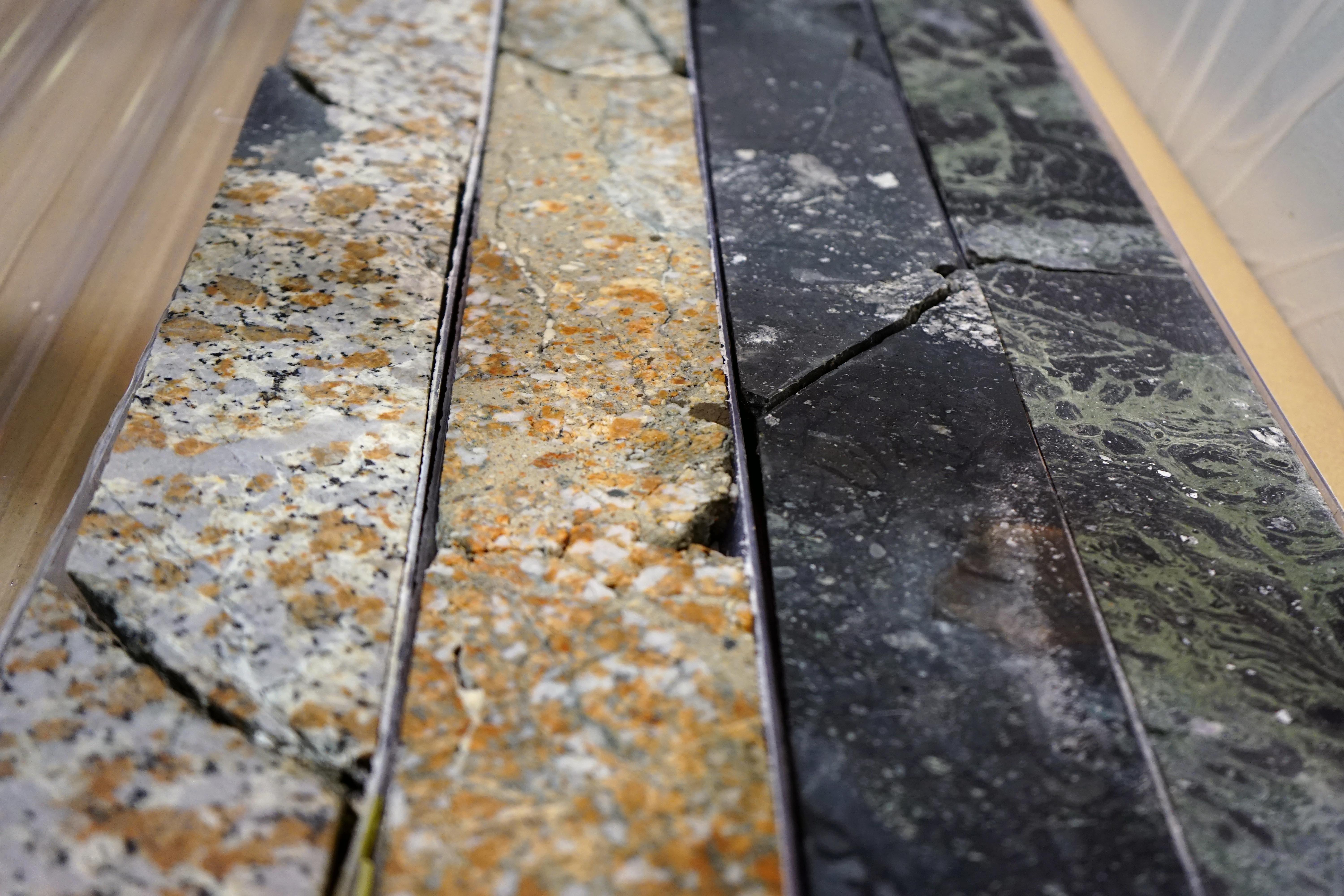 Photo: E. Le Ber
Split drill cores collected from the peak ring of Chicxulub crater. The left two cores consist of basement granite. The right two cores are impact melt rocks that were created by the heat associated with the impact.

Porous rocks provide niches for simple organisms to take hold, and nutrients would also be available in the pores from circulating water that would have been heated inside the Earth’s crust. Early Earth was constantly bombarded by asteroids, and the team has inferred that this bombardment must have also created other rocks with similar physical properties. This may partly explain how life took hold on Earth.
The study also confirmed a model of how peak rings formed in the Chicxulub crater, and how peak rings may be formed in craters on other planetary bodies.

The asteroid that created the Chicxulub crater hit the Earth’s surface with such force that it pushed rocks – at the time about 6 miles beneath the surface – farther downward and then outward, the team’s work confirmed. These rocks then moved inward toward the impact zone and then up to the surface before collapsing downward and outward again to form the peak ring. All told, the rocks moved about 18.6 miles in a few minutes.

Professor Joanna Morgan, lead author of the study from the Department of Earth Science and Engineering at Imperial College London, said: “It is hard to believe that the same forces that destroyed the dinosaurs may have also played a part, much earlier on in Earth’s history, in providing the first refuges for early life on the planet. We are hoping that further analyses of the core samples will provide more insights into how life can exist in these subterranean environments.”

Tikoo, who studies magnetic fields preserved in rocks, said “it’s surprising that we have this possible habitat down there in an environment that experienced so much energy and heat and deformation. It’s incredible that a biosphere may be produced in that environment as well.”

In the next steps, the team will make detailed measurements from the recovered core samples to refine their numerical simulations. Ultimately, the team is looking for evidence of modern and ancient life in the peak-ring rocks. They also want to learn more about the first sediments that were deposited on top of the peak ring. That could tell the researchers if a giant tsunami deposited the sediments, and provide insights into how life recovered and when life returned to this sterilized zone after the impact.

ikoo has studied the physical properties of the rocks and the granite “basement” that makes up the much of the peak ring. That includes preparing and examining the samples, and making density, porosity and magnetic measurements.
“I have about 400 samples in my lab right now and in the coming months, I’m going to start looking in more detail at the magnetization of these rocks,” she said. 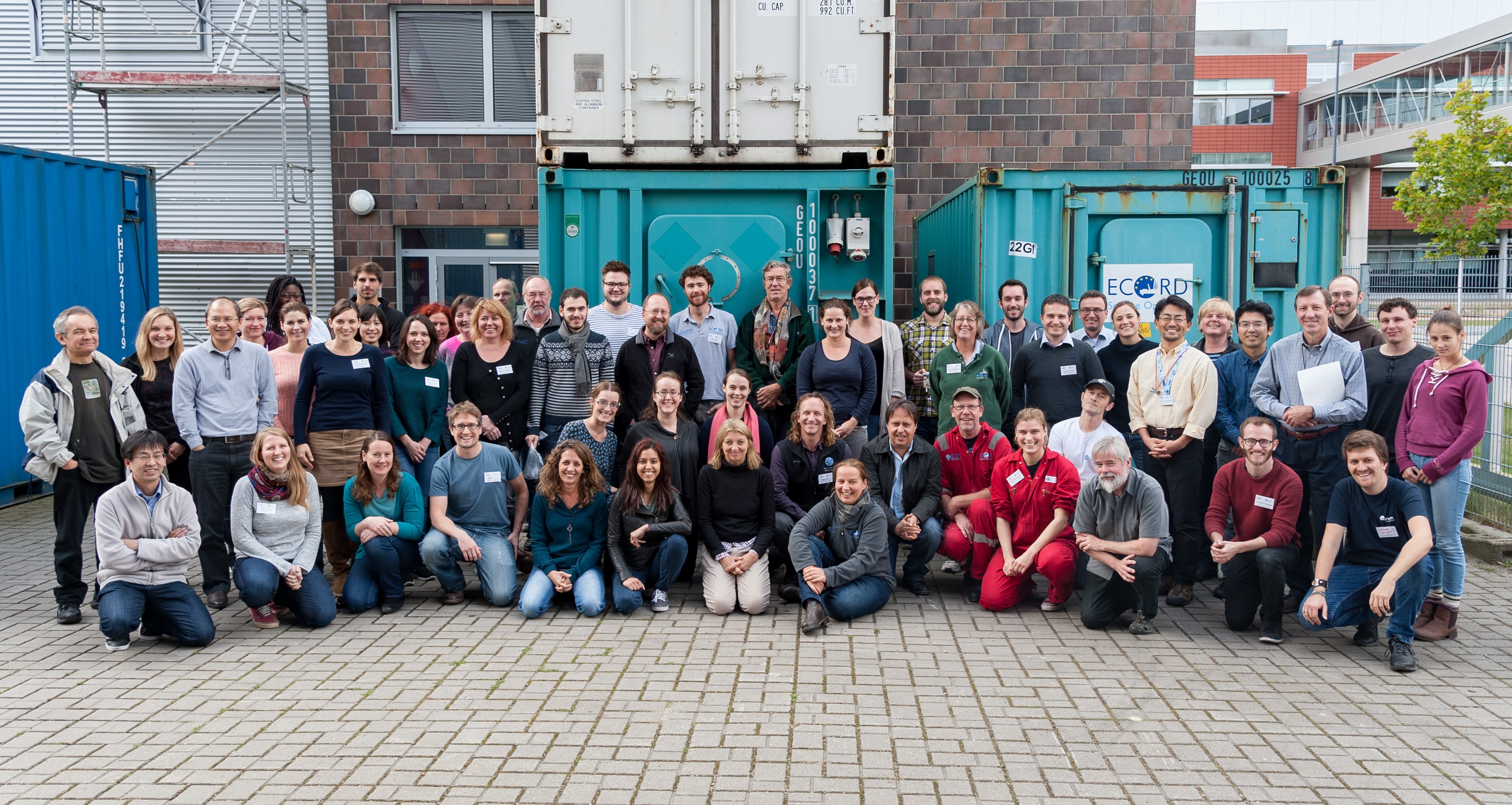 “Magnetism can be used to detect minerals created by impact-related hydrothermal systems,” she said. “You could potentially have hydrothermal systems forming in the Martian crust where you have warm water moving through and we’ve shown that life may be able to exist in those environments here. It’s possible that a similar process could have happened on Mars long ago. It’s another place to look for fossil evidence of life in the past.”

The expedition was conducted by the European Consortium for Ocean Research Drilling (ECORD) as part of the International Ocean Discovery Program (IODP). The expedition is also supported by the International Continental Scientific Drilling Programme (ICDP). The expedition would not have been possible without the support and assistance of the Yucatán Government, Mexican federal government agencies and scientists from the National Autonomous University of Mexico (UNAM) and the Centro de Investigación Científica de Yucatán (CICY).