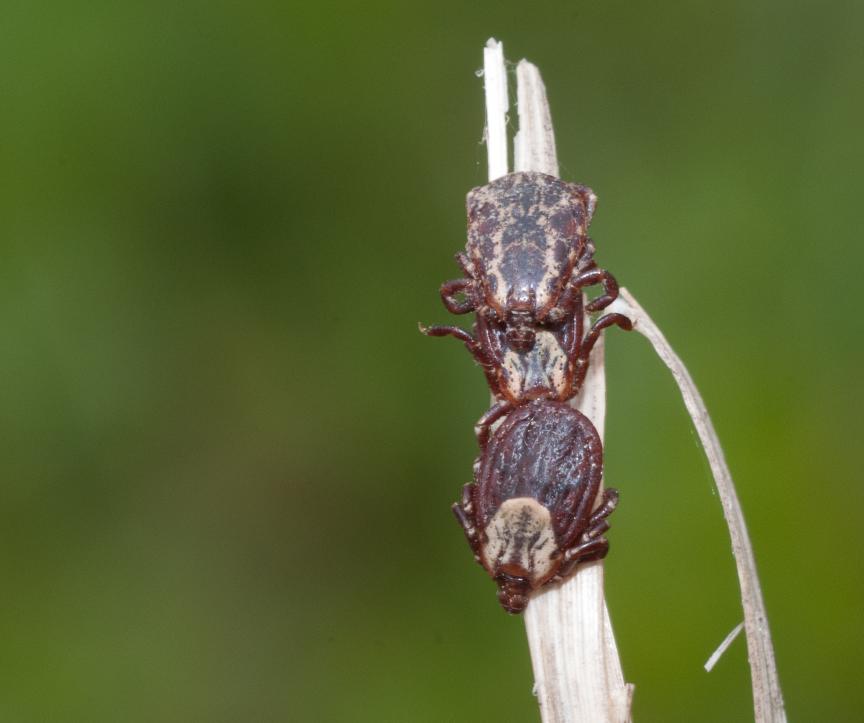 The mystery behind the rise in spotted fever cases continues

There’s some good news in New Jersey about a potentially deadly tick-borne bacterium. Rutgers researchers examined more than 3,000 ticks in the Garden State and found only one carrying Rickettsia rickettsii, the bacterium that causes Rocky Mountain spotted fever.

But cases of tick-borne spotted fevers have increased east of the Mississippi River, and more research is needed to understand why, according to a study in The American Journal of Tropical Medicine and Hygiene.

Rocky Mountain spotted fever from infection with Rickettsia rickettsii can involve blood vessel damage, gangrene and organ failure. It was rare in the United States and limited to the Mountain states until the beginning of this century. Since then, the mid-Atlantic states have seen a steep increase in spotted fever cases that are associated with a lower risk of severe illness and death – a puzzling and unexplained phenomenon.

In the past decade, New Jersey has reported between 42 and 144 cases of spotted fever a year, but it is unclear which, if any, involved the dangerous Rickettsia rickettsii since current blood tests for spotted fever do not distinguish between different kinds of Rickettsia bacteria.

“CDC researchers recently found that the invasive Asian longhorned tick, like the American dog tick and lone star tick, is an efficient vector of Rickettsia rickettsii in the lab,” said senior author Dina M. Fonseca, a professor and director of the Center for Vector Biology in the Department of Entomology in the School of Environmental and Biological Sciences at Rutgers University–New Brunswick. “The Asian longhorned tick, which was first detected in the U.S. by Rutgers Center for Vector Biology researchers, is now very abundant in some New Jersey counties. And while this tick species has not been found infected with any human pathogens in the U.S. so far, this raised concerns. Our finding of the rarity of Rickettsia rickettsii in New Jersey is good news, but we can’t let our guard down.”

“We do not rule out that cases of Rocky Mountain spotted fever may occur in New Jersey since the deadly bacteria have been detected in New Jersey ticks. However, our results indicate that most cases of spotted fevers in New Jersey are likely caused by other Rickettsia bacteria,” said Jim Occi, a Rutgers doctoral student who was the lead author of the statewide study.

The Monmouth County study was led by Andrea M. Egizi, a visiting professor in the Department of Entomology at Rutgers who earned a doctorate at Rutgers, and is a research scientist with the Monmouth County Tick-borne Diseases Laboratory hosted by the Rutgers Center for Vector Biology.

Rutgers Center for Vector Biology researchers reviewed studies from neighboring states and, in New Jersey, developed statewide surveillance of Rickettsia pathogens in the American dog tick and the lone star tick, the two tick species thought to be the primary vectors. The surveillance confirmed the increased distribution and abundance of lone star ticks across the Garden State.

Coauthors of the statewide study include Egizi and Ashley Goncalves, a Rutgers graduate.

This story by Todd Bates was originally published in Rutgers Today on June 25, 2020.