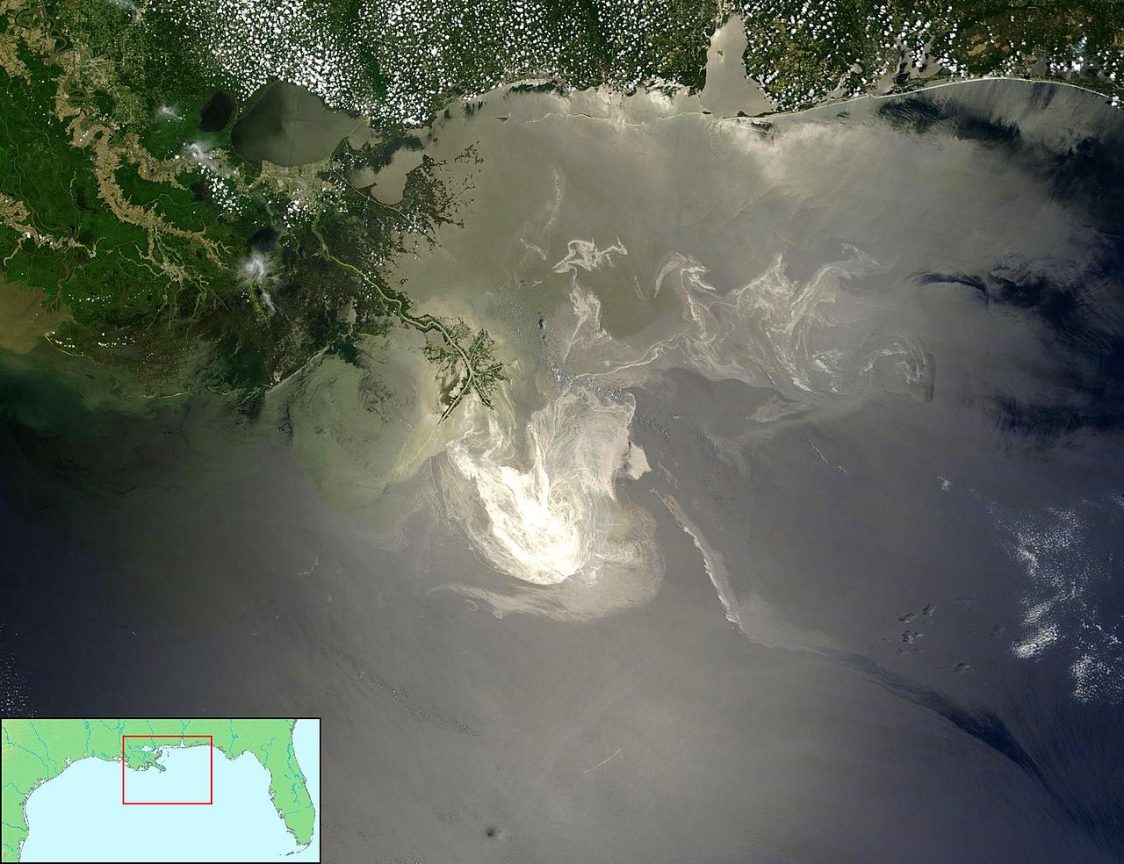 After Deepwater Horizon Spill: Which Animals Weathered the Disaster

A new study from a Coastal Waters Consortium team of researchers led by Rutgers University postdoctoral researcher, Michael McCann, has found which birds, fish, insects and other animals affected by the Deepwater Horizon explosion should be given top priority for conservation, protection and research.
Until now scientists didn’t know which kinds of animals were most affected and what impact their collective fates had on the food chain after the offshore oil rig Deepwater Horizon exploded in 2010 and dumped 4.9 million barrels of oil into Louisiana’s salt marshes.

“There were lots of studies about who eats whom, and about what species are sensitive to oil,” says Olaf Jensen, professor of marine and coastal sciences in the School of Environmental and Biological Sciences, EOAS member scientist, and co-author of the study. “We put those together and asked, ‘Who is both important in the food web and really sensitive to oil?’” These are the species most in need of protection because their loss can have ripple effects throughout the food chain, said Jensen. 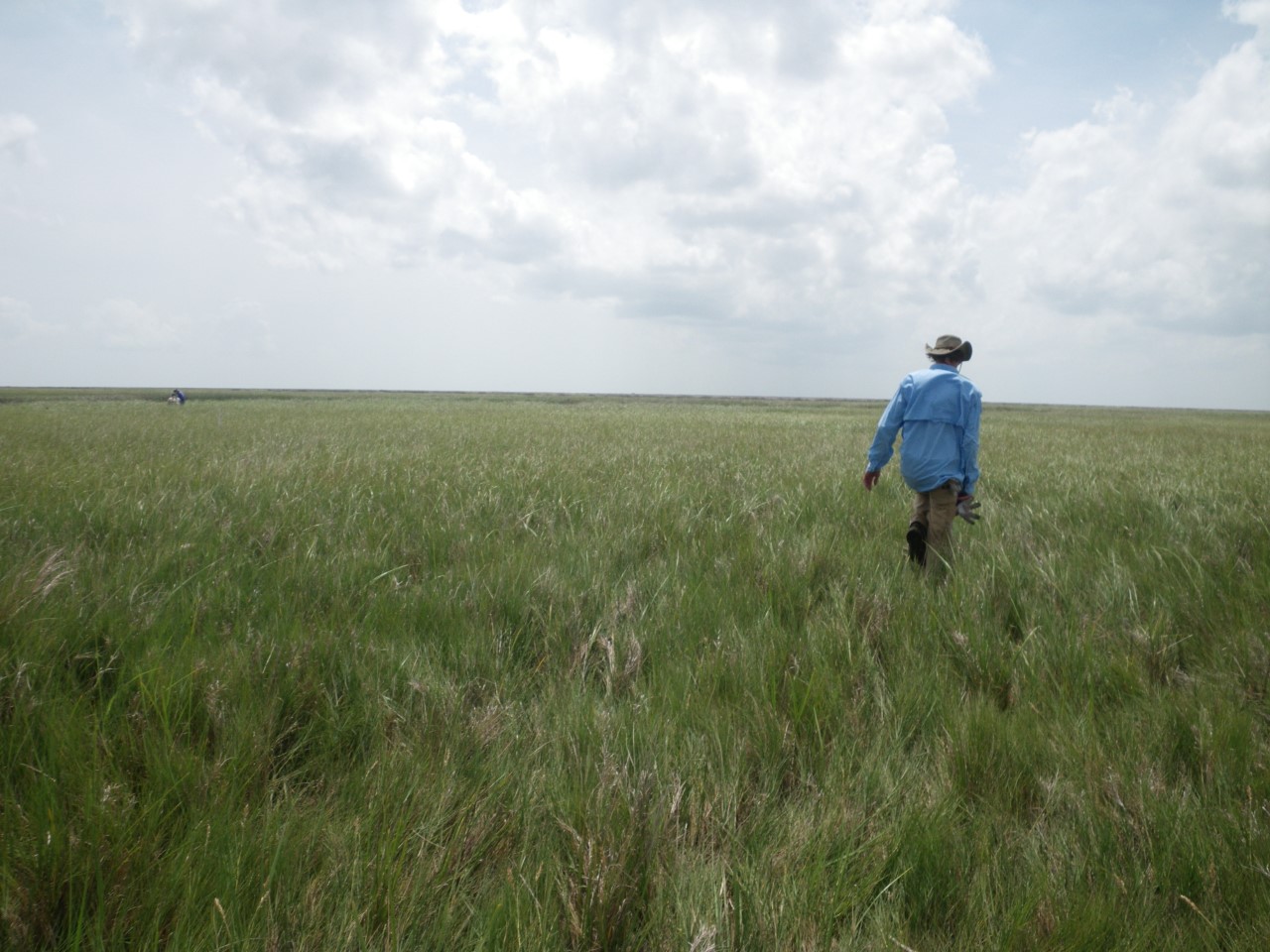 The researchers determined that terns, gulls and wading birds, such as herons, were both sensitive to oil and so extensively connected to other animals as prey and predator that their loss would impact other species in the food chain. Some studies indicate that the mortality among terns and gulls in Barataria Bay was as high as 32 percent.

“We didn’t just want to find winners and losers from the effects of the spill,” says McCann, the study’s lead author, now a scientist at the Nature Conservancy but a Rutgers postdoctoral researcher when the study was done. “We wanted to find out what role each kind of animal would play in how a food web responds to something like this oil spill.”

Some animals, such as roundworms, were found to be highly sensitive to the oil, but were not considered to be critical to the food chain because they are not highly connected to other animals as prey or predator.
Finally, the scientists identified several species as key to the saltmarsh ecosystem that should be considered top priorities for future research. Blue crabs were among such animals. 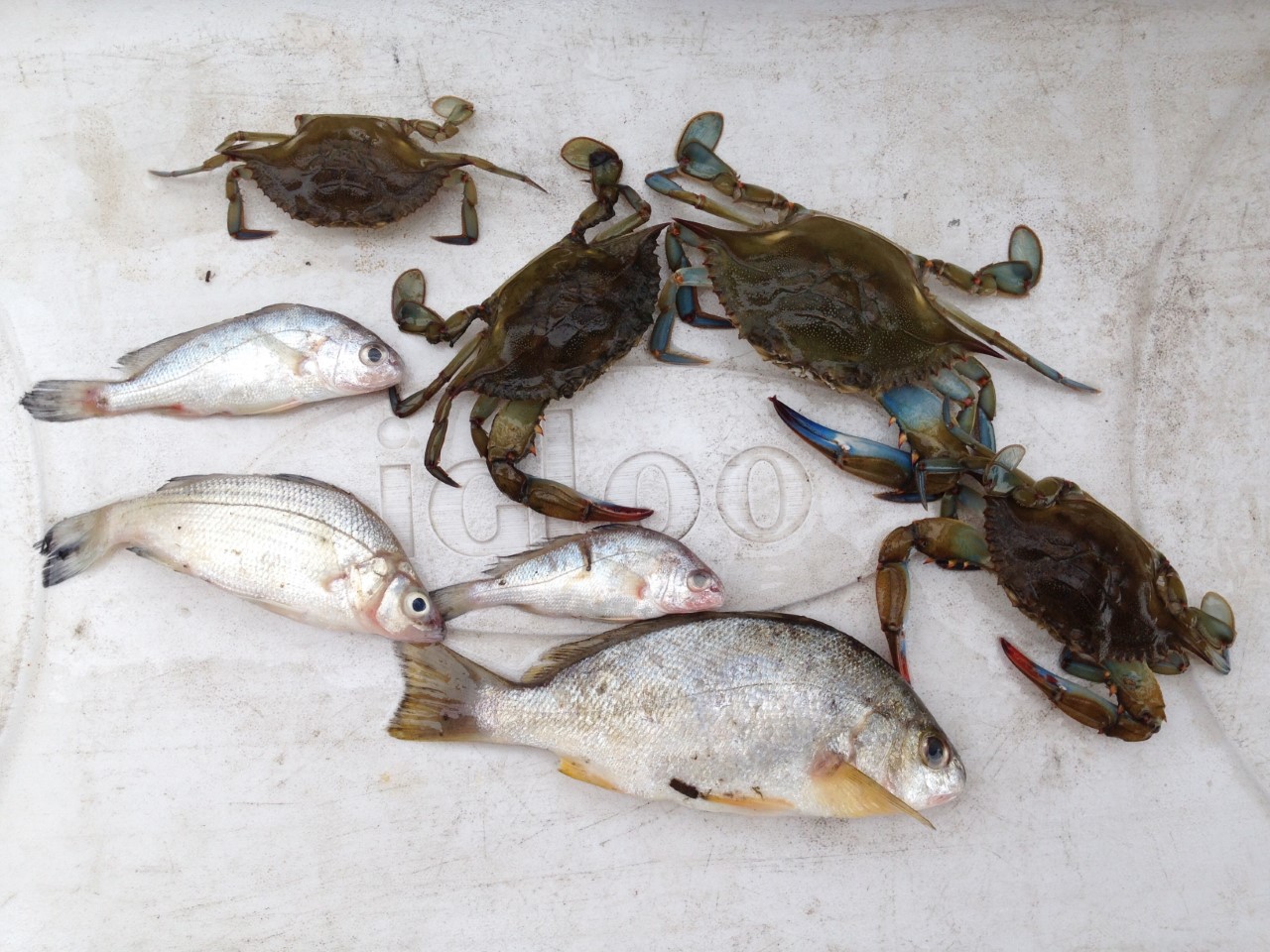 Photo: Michael Polito, Louisiana State University
In building a food web for Barataria Bay, researchers found that some species of fish seem to have weathered the Deepwater Horizon disaster. The fate of blue crabs, like those seen here, is less certain and will require more research.

“Our analysis identified blue crab as one of the most important species in the Louisiana salt marshes because they eat or are eaten by nearly every other animal in this environment,” says co-author Michael Polito, assistant professor of oceanography and coastal studies at Louisiana State University College of the Coast and Environment. “As the sensitivity of blue crabs to oil is still unclear, future work is needed to clarify how oil spills might affect this important species and result in changes throughout the salt marsh ecosystem.”

This collaborative Coastal Waters Consortium effort was made possible by a grant from the Gulf of Mexico Research Initiative (GoMRI).

This article was originally published by Rutgers Today on March 13th, 2017