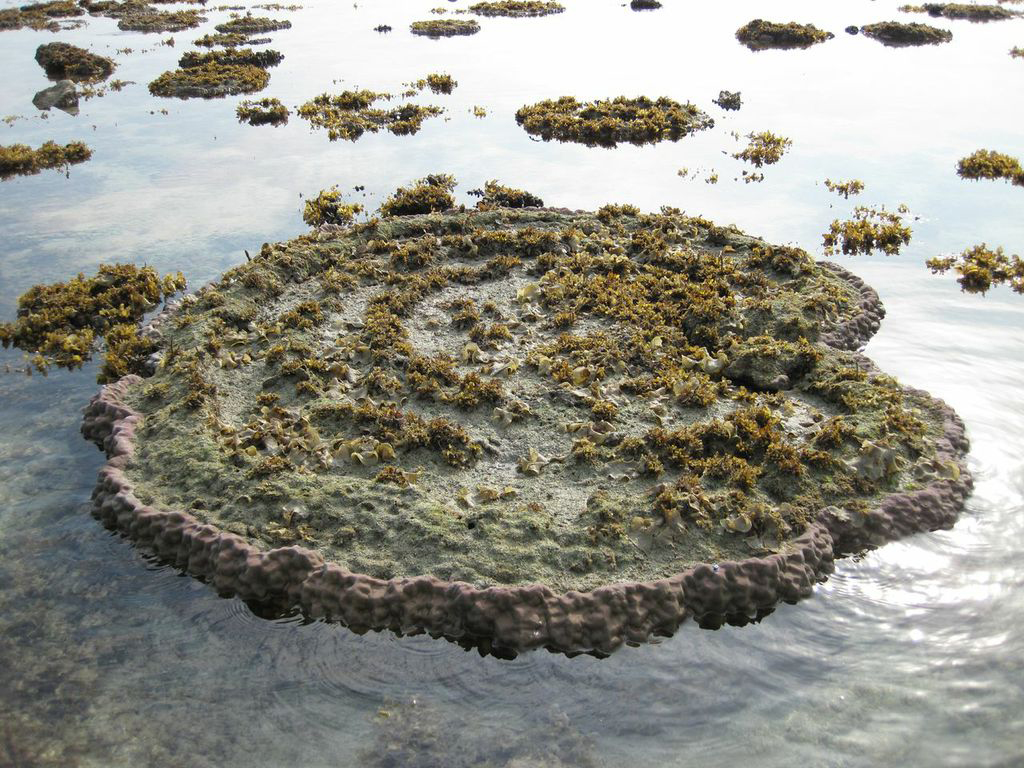 For the 100 million people who live within 3 feet of sea level in East and Southeast Asia, the news that sea level in their region fluctuated wildly more than 6,000 years ago is important, according to research published by a team of ocean scientists and statisticians, including Rutgers professors and EOAS members Benjamin Horton and Robert Kopp and Rutgers Ph.D. student Erica Ashe. That’s because those fluctuations occurred without the assistance of human-influenced climate change.
In a paper published in Nature Communications, Horton, Kopp, Ashe, lead author Aron Meltzner and others report that the relative sea level around Belitung Island in Indonesia rose twice just under 2 feet in the period from 6,850 years ago to 6,500 years ago. That this oscillation took place without any human-assisted climate change suggests to Kopp, Horton and their co-authors that such a change in sea level could happen again now, on top of the rise in sea level that is already projected to result from climate change. This could be catastrophic for people living so close to the sea.

“This research is a very important piece of work that illustrates the potential rates of sea-level rise that can happen from natural variability alone,” says Horton, professor of marine and coastal sciences in the School of Environmental and Biological Sciences. “If a similar oscillation were to occur in East and Southeast Asia in the next two centuries, it could impact tens of millions of people and associated ecosystems.”
Meltzner, a senior research fellow at the Earth Observatory of Singapore at Nanyang Technological University, along with Horton, Kopp and their co-authors, used coral microatolls to understand when, and by how much, the sea level had risen and fallen near the Indonesian island of Belitung, which lies between Sumatra and Borneo. A microatoll is a circular coral colony, typically no more than about 20 feet across, in which the topmost coral is dead and the bottom part living and growing. By taking samples from microatolls in different places, scientists can date rises and falls of sea level.

The microatolls are what scientists call a “proxy” – a natural process that provides a reliable record of past events. “In any region, you try to find the proxy controlled by sea level,” Horton says. “In New Jersey, we have no corals, so we use salt marshes. In the tropics, corals are the go-to proxy.”

The scientists studied microatolls at two sites on opposite sides of the island. Meltzner says they didn’t expect the fluctuations they found because those changes in sea level contradicted what they knew about sea level in Southeast Asia. “Our conventional understanding of ocean circulation and ice-melting history told us that such fluctuations should not occur, so we were a bit mystified at the results from our first site,” Meltzner says. “But after finding a similar pattern at a second site 80 kilometers to the southeast, and ruling out other plausible explanations, it was clear that the coral growth patterns must reflect regional changes in sea level. There would be way too many coincidences otherwise.”

The paper comes out of a long-running research project aimed at understanding the physical processes involved in sea-level rise. Such understanding, Kopp says, is necessary to help scientists understand the present and likely future state of the ocean. “This is a basic science problem,” Kopp says. “It’s about understanding past changes. Understanding what drove those changes is what allows us to test the climate models we use to predict future changes.”
In addition to Meltzner, Horton, Kopp, and Ashe, the authors are Adam Switzer, Qiang Qiu, Emma Hill, and Jedrzej Majewski, also of Nanyang Technological University in Singapore; David Hill of Oregon State University, Sarah Bradley of Utrecht University and Delft University of Technology in the Netherlands; and Danny Natawidjaja and Bambang Suwargadi of the Indonesian Institute of Sciences.