The portal provides its users, from scientists to fishermen, with a place to enter and access data on the ocean, leading to a better informed and more equitable ocean policy.

In a time of political division in the United States, a team of Rutgers faculty and staff are working to foster collaboration between the federal and state governments, scientists, coastal industries and the public, to create the authoritative source for data on the region’s oceans.

A group of EOAS members including Professor Rick Lathrop who directs the Center for Remote Sensing and Spatial Analysis (CRSSA) and Jeanne Herb, associate director of the Environmental Analysis and Communications Group at the Edward J. Bloustein School of Planning and Public Policy, have been working for several years to develop the Mid-Atlantic Ocean Data Portal.

Herb said that one of the most important steps in creating positive collaboration, and ultimately, an informed, equitable and useful ocean policy in the region, is ensuring that all parties work from a common set of data.

The Mid-Atlantic Ocean Data portal serves that purpose by consolidating available data and enabling state, federal and local users, and the general public, to visualize and analyze ocean resources and human-use information such as fishing grounds, recreational areas, shipping lanes, habitat areas and energy sites, among others, she said.

“Conflicts often emerge when one party is using a different set of data from another party,” Herb said. “So, what the portal does is it provides this amazing resource that government can use, that fisherman can use, that just even people who recreate on the coast can use to better understand what potential conflicts are.”

Other Rutgers team members include Jim Trimble and John Bognar of the Center for Remote Sensing and Spatial Analysis (CRSSA), and Matt Campo and Dr. Jennifer Whytlaw of the Rutgers Edward J. Bloustein School of Planning and Public Policy.

The Rutgers team has worked closely with other partners on the portal including Monmouth University’s Urban Coast Institute and EcoTrust, Herb said. The web-based portal is a signature effort of the Mid-Atlantic Regional Council on the Oceans (MARCO), a collaborative effort of the five Mid-Atlantic States.

She said that recent policy actions on the part of President Donald Trump highlight the portal’s potential.

For example, in June, 2018 Trump revoked provisions of an executive order from former President Barack Obama that was meant to promote marine planning to protect the oceans and Great Lakes surrounding the United States, and replaced it with his own executive order that focuses more on developing industries that use the ocean and coast.

Herb explained that it is not clear what the implications of that action will be on marine planning in the Mid-Atlantic, but she remains optimistic that the portal will continue to enable leaders to collaborate to build ocean industries while minimizing or avoiding damage to natural resources and recreational uses.

In Maryland, for example, one fisherman for the past 15 years has been documenting increases and decreases in fish populations as it correlates with the increases and declines of reef habitats, and now collaborates with the Mid-Atlantic Ocean Data Portal technology to advance restoration efforts.

Another portal user has been conducting comparisons between humpback whale locations in the New York Harbor and shipping data from the portal to identify areas where the risk of ship strikes is greatest.

“With the data available to us via the Mid-Atlantic Ocean Data Portal, we have the opportunity to engage many diverse users of ocean and coastal resources to more collaboratively identify how those uses can be made compatible,” Herb said. “The task in front of us now is to deploy meaningful processes to use the data housed in the portal to engage a variety of ocean and coastal stakeholders to ensure that ocean and coastal uses are managed in ways that are sustainable both in the short and long-term.”

She said the issue of offshore wind leasing is another timely example of how data entered into the portal could help develop meaningful ocean and coastal policy in the region.

A potential issue that researchers are looking at is how these lease areas might interfere or be compatible with other ocean uses, such as commercial fishing or the movement of goods overseas, Herb said. 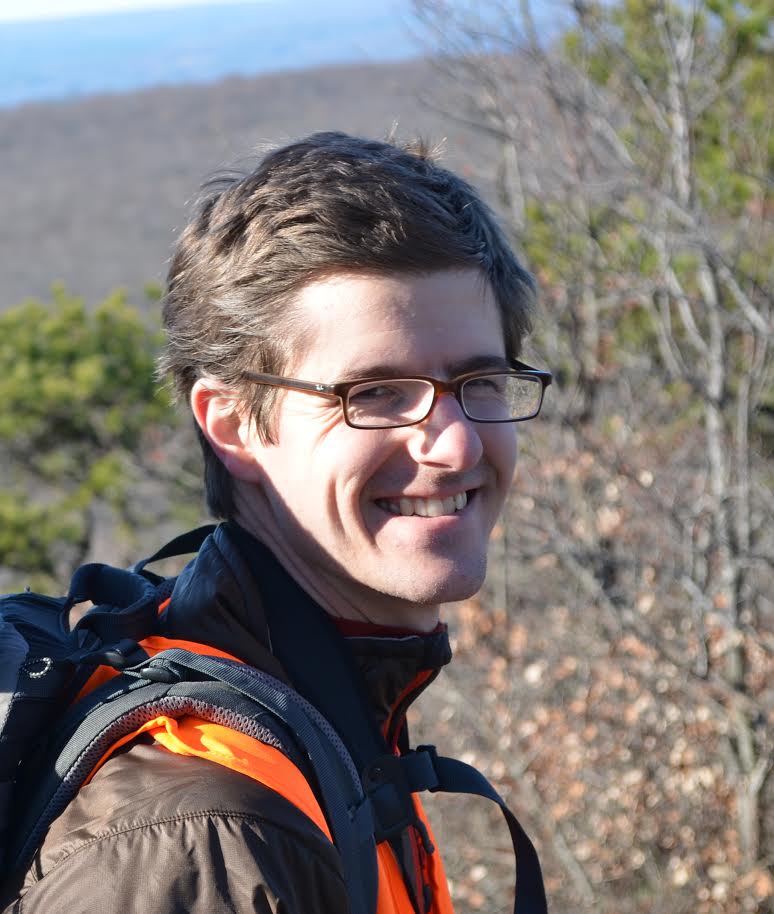 Malin Pinsky, a professor in the Department of Ecology, Evolution, and Natural Resources at Rutgers, and an EOAS faculty member, studies the impacts of climate change and human activities on ocean animals, including conservation and management solutions.

Through his research, he said he has found that thousands of marine species are currently on the move to higher latitudes. For example, black sea bass on the East Coast are already hundreds of miles farther north of where they were a few decades ago, he said.

This kind of evolution in behavior can impact ocean industries and resources, and is a change being tracked and visualized through a related Rutgers data portal, OceanAdapt, he said.

Pinsky said that the way humans use the ocean is strongly influenced by incentives, whether they be economic or regulatory.

“The ocean is a critical resource for our economy, supporting more than three million jobs and contributing more than $350 billion,” Pinsky said. “But the ocean is a like a bank account: we can live richly off the interest, but if we raid the principal, the account will produce less interest and leave us poorer.”

If people prioritize short term benefits, long-term gains could be lost, he said, so strong collaboration between science and policy is necessary to ensure the ocean can continue to support jobs while staying healthy.

Describing the origins of the portal, Herb explained that approximately 10 years ago, members of the Mid-Atlantic Regional Council came together to collaborate on ocean policy between state borders.

She said the Obama administration’s ocean policy at the time also played a role through creating the National Ocean’s Council.

Pinsky said that more effective communication between government agencies in coordinating human activities in the ocean, which was new, was a critical impact of the Obama-era ocean policy.

“We are mining, fishing, building wind turbines, drilling for oil, sea kayaking … you name it,” he said. “But it was rare that the different government agencies in charge of each of those activities talked to each other. That was leading to conflict and negative impacts on the environment.”

Herb said that researchers will be watching closely to see if recent federal actions create a gap in data and if opportunities emerge for Rutgers to be more proactive in supporting ocean and coastal planning in the region.

Rutgers is in a unique place and can play a significant role in future ocean planning, she said. The university’s vast resources and expertise in oceanography, coastal processes, ecology, planning and conflict resolution, among other areas, make it an excellent resource.

“I think this university can be a really great resource to potentially fill what might emerge as a gap at the federal level, to look at opportunities to resolve ocean conflicts,” she said.