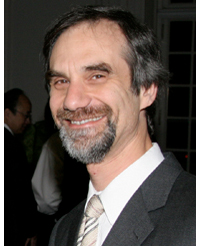 During his visit to Rutgers this fall, Stein, an environmental statistician, will take advantage of resources in New Jersey to conduct research on climate, teach a graduate course, and seek to develop lasting collaborations with environmental scientists at Rutgers. 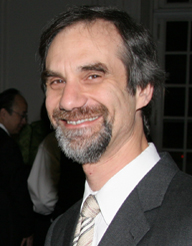 Michael Stein, the Ralph and Mary Otis Isham Professor of Statistics at the University of Chicago, is a world-renowned and award-winning environmental statistician who is broadly interested in space-time environmental processes. While he currently focuses on climate problems, in the past he has worked on problems in air pollution, the ozone layer and cosmology.

During the fall 2018 semester, Stein is being hosted by EOAS and the Rutgers Department of Statistics and Biostatistics as the inaugural Distinguished Visiting Fellow in Earth, Ocean, and Atmospheric Sciences and a Visiting Distinguished Professor in Statistics.

Stein has developed new statistical analyses to better understand problems in analyzing environmental data. Describing their most significant impact, Stein said, “The work of my collaborators and me have focused on what are called ‘delta change’ methods for simulating future climate, which seek to modify observational climate data to look more like what we imagine the future climate will be.  This approach is in contrast to the more commonly used ‘bias correction’ methods that seek to model future climate by starting with climate model output for the future and fixing known biases in that model output.  My feeling is that ‘delta change’ will generally produce more realistic future climate simulations and I think some of our past and ongoing work makes strong arguments for this preference and may influence others to follow up on our advances.”

Stein’s most broadly defined goal is to advance the field of statistics, particularly, he said, as it relates to space-time processes. “Despite the fact that all processes in the natural world have spatial and temporal components, statistical methods for such processes are arguably still in their infancy.  I hope that my research is pushing this nascent field in helpful directions. Working on specific scientific applications is, in my view, essential to this enterprise.  Of course, I would be more than delighted if any of my work helped scientists in other disciplines and if any project that I worked on was found useful to policy makers, although I am skeptical about the realistic possibilities for the latter.  The obstacles to doing what needs to be done about climate change are not because we don’t know enough climate science or enough about statistics for space-time processes.”

This fall, Stein will co-teach the graduate course, Statistics of the Earth System. As part of the outcome of the course, Stein hopes to foster sustained collaborations between environmental scientists and statisticians. While acknowledging that maintaining long-term interdisciplinary collaborations can be challenging, Stein said, “The main idea underlying this class is to put together teams of domain scientists and statisticians to work together on research projects and to provide them with the support they need to develop effective collaborations.  The hope will be that these projects will lead to published works and to longer-term collaborations.  Even if this outcome is achieved in just a few of the groups, I would view that as a success.  Hopefully, though, all of the groups will benefit from the opportunity to interact extensively with researchers from different fields.”

Advice he would give Rutgers undergraduates who hope to pursue careers as environmental statisticians, Stein said, is to let them know, “To work effectively in this area will generally require some graduate study.  Thus, I would recommend focusing on the tools and knowledge that would prepare someone to work in this area, such as mathematics, physics, chemistry, computer science, and effective written and oral communication.  I also recommend working on some kind of research project while an undergraduate, even if it does not lead to a published paper.

“Undergraduate research is very common in the physical sciences but is much less common in the mathematical sciences, including statistics.  I think this is a state of affairs that needs to change.  The demand for statistically literate people is high and is rapidly increasing and the best way to get bright students interested in a field is to provide them with the proper mentorship and support so that they can pursue open-ended projects. In statistics, the careful analysis of an interesting dataset can make for a great undergraduate project and there is no shortage of interesting environmental data.”

While in New Jersey, Stein will take advantage of two additional resources outside of Rutgers. He will conduct research at Climate Central, a collaboration of scientists and journalists who research and report on climate change and share findings with the public and policymakers, and he will work with global climate computer models at NOAA’s  Geophysical Fluid Dynamics Laboratory (GFDL), both located in Princeton.

At Climate Central, Stein said, he will be working on issues related to sea-level rise, which is a major focus of recent efforts at Climate Central and is a project that also includes EOAS Director and Professor of Earth & Planetary Sciences Robert Kopp.   “I also plan to spend some time at GFDL in Princeton,” Stein said, “perhaps working on methods for downscaling climate model output.  Even with rapidly evolving computer resources, global climate models still work at a fairly coarse level, so there is interest in downscaling these model results to be more relevant to what happens at a local level.  This problem is particularly tricky for a quantity like daily precipitation, which should often be exactly zero at many locations even for a region in which the total precipitation across the region is substantial.”

Being in New Jersey benefits Stein and his family in other exciting ways as well. “In a completely different direction,” Stein said, “my wife and I are enjoying visiting our horse, an Appaloosa named Lucky, nearly every morning since I arrived in New Jersey at the end of June.  We are living near the Delaware River a bit north of Trenton, which is excellent horse country.”