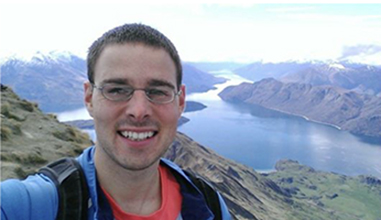 Clem will use the models to investigate how thunderstorm activity in the South Pacific Convergence Zone affects the climate of Antarctica.

“I have been focusing on getting two climate models set up and running locally at Rutgers on our OARC Amarel High Performance Community Cluster,” said Kyle Clem, Ph.D., who is an atmospheric scientist, describing his recent work as a post-doctoral associate at the Rutgers University-New Brunswick Institute of Earth, Ocean and Atmospheric Sciences (EOAS).

“I plan to use these climate models to investigate how the position and intensity of thunderstorms in the South Pacific Convergence Zone, a region of persistent convective rainfall in the western tropical Pacific, affects the downstream circulation around Antarctica, and how this varies seasonally and during El Nino and La Nina events,” Clem said. “I am also exploring the spread in climate models’ representation of how the tropics influence polar regions, and how this may be related to climate models’ poor representation of Antarctic temperature change so far this century.”

While scientists have been using climate models to carry out these types of studies since the early 2000s, Clem said, this will be the first climate model study carried out locally at Rutgers on its own in-house computer (i.e. OARC’s Amarel cluster).

Clem not only ported the first two models to this Rutgers cluster, he has also proposed additional cutting-edge ways to research, understand and address his research.

“Most previous studies have looked at how the large-scale fluctuation of thunderstorm activity from the central to the western tropical Pacific associated with the El Nino-Southern Oscillation affects Antarctica,” Clem said. “I am isolating more localized regions of thunderstorm activity that have not previously been analyzed, but have the potential to produce strong circulation anomalies around Antarctica due to their favorable position relative to the jet streams.”

“During the late 1990s and early 200s, the most dramatic warming was observed during the austral summer on the eastern Antarctic Peninsula, where a strengthening of westerly winds passing over the steep mountain range of the Peninsula caused strong surface warming and ultimately the collapse of large ice shelves on the eastern Peninsula due to meltwater ponding and hydrofracturing. The strengthened westerly winds responsible for the warming were largely due to a period of unusually high depletion of the ozone layer above Antarctica during the 1990s and 2000s linked to the anthropogenic release of chlorofluorocarbons (refrigerants). The release of these chemicals, which are now known to deplete ozone, has been banned since the late 1980s following the Montreal Protocol, and over the past decade the Antarctic ozone hole has shown signs of recovery. Since the early 2000s, we have also seen a decrease in warming and surface melting on the eastern Peninsula, though it is unclear exactly why this is.

“During the austral autumn, winter, and spring seasons, strong warming has been observed on the western side of the Antarctic Peninsula and throughout much of interior West Antarctica. This has largely been caused by a reduction in sea ice and an increase in warm air advection due to an increase in cyclone activity over the high latitudes of the South Pacific. The increased storminess has been linked to warming ocean temperatures in the central and western tropical Pacific.”

The exact triggers responsible for launching these changes over the past 30-50 years, accounting for many of the temperature changes observed during summer, notably the warming and collapse of ice shelves on the eastern Peninsula and the weak cooling observed across East Antarctica, said Clem, “have been caused by a strengthening of the westerly winds that circle Antarctica due to ozone depletion. While the strong westerly winds cause localized warming on the eastern Peninsula due to orographic effects as the westerly winds descend and warm on the eastern side of the Peninsula, this has also helped keep East Antarctica’s temperatures stable over the past 50 years as the strengthened westerly winds reduce warm air intrusions onto the ice sheet.

“Outside of summer, the warming throughout West Antarctica and the western Peninsula has largely been caused by remote forcing from the tropical Pacific, as warming ocean temperatures in the western and central tropical Pacific have changed the regional circulation around West Antarctica causing a reduction in sea ice concentration and an increase in warm air advection toward the ice sheet. Due to the short observational records, only spanning ~30-60 years, it is unclear if the recent warming of West Antarctica is anthropogenic or part of natural decadal variability in the interconnected climate system.”

Explaining the close atmospheric connection between the tropics and Antarctica, Clem explained that organized thunderstorm activity in the tropics is associated with strong vertically rising air that can persist for days and even weeks. These thunderstorms are often observed to be stronger and more persistent than normal over regions of anomalously warm ocean temperatures, and they tend to follow the warm waters associated with El Nino and La Nina. As this rising air reaches the top of the troposphere, it spreads poleward toward Antarctica causing a ripple, or Rossby wave, in the upper atmosphere.

With the atmosphere acting like a fluid, Clem said, these atmospheric waves then propagate poleward toward Antarctica, often becoming more pronounced at higher latitudes as the depth of the troposphere becomes shallower, where they can change the location and intensity of weather patterns and affect regional sea ice and thermal advection. Anomalous warm ocean temperatures in the tropics can persist for months, seasons, and sometimes (on-average) for decades, leading to persistent impacts that can cause large changes in Antarctic surface climate on decadal time scales.

Some of the broader implications of this connection, Clem said, are, “so far this century, climate models have done a poor job simulating observed Antarctic climate change. One potential reason that warrants further investigation is that models are inaccurately simulating the relative magnitudes of temperature change from increasing greenhouse gases versus more localized changes in thermal advection and sea ice tied to the regional circulation. In other words, there are competing forces influencing temperature change in Antarctica: ubiquitous warming of the continent due to increasing greenhouse gases (like that currently being observed in the Arctic), and strong regional to local changes associated with decadal variability in the regional circulation. Therefore, an improved understanding of drivers of regional circulation, specifically how the tropics trigger and maintain these circulation changes on interannual to decadal time scales, will allow for improved predictions of how the surface climate of Antarctica (and the stability of the ice sheet due to local wind forcing of the ocean circulation) will change in the future, ultimately leading to improved projections of global sea level rise.

“And as scientists learn more about how the tropics will respond to increasing greenhouse gases in the coming decades and centuries, a better understanding of how the tropics influence Antarctica will ultimately allow for more reliable predictions of how Antarctica’s atmospheric circulation and climate will change in response to increasing greenhouse gases,” Clem said.

Since Clem has been at Rutgers, in addition to research he has also attended conferences and workshops, and he has found these to be particularly helpful.

“I was very fortunate to receive funding from EOAS and my supervisors to attend the Southern Hemisphere Meteorology and Oceanography Conference in Sydney, Australia during February 2018. I had many useful discussions with climate modelers on the various challenging steps needed to set up a climate model on a new computer.

“I also learned about new mechanisms that cause strong pulses of thunderstorm activity in the tropics, called the Madden-Julian Oscillation, which can also influence Antarctica. While these events are typically short-lived, they are often very intense and they have the potential to quickly change the atmospheric circulation around Antarctica leading to extreme temperature and precipitation events. Given that the Madden-Julian Oscillation propagates along the equator around the entire world, it is possible that other parts of Antarctica outside of the Pacific sector may be influenced by this phenomenon and will be an interest in future work,” Clem said.

During the 2017-18 academic year, Clem also organized bi-weekly research meetings where meteorology faculty and graduate students presented their research. Clem explained “These presentations often turned into informal discussions about the research and I enjoyed getting to know our graduate students and the research they are conducting.”

Looking ahead to the 2018-2019 academic year, Clem will teach a freshman undergraduate course called Academic Mentoring during the fall 2018 semester, designed to help first generation college students transition into college life.  “I am hoping this experience will help me understand the challenges freshman students, particularly first generation students, experience when coming to university, which I will use to shape the way I design courses in the future so they are more tailored to meet the needs of our current generation of college students,” Clem said.

This year Clem hopes to attend the American Meteorological Society’s Polar Meteorology and Oceanography Meeting in Boulder, Colorado in May 2019, and possibly the International Union of Geodesy and Geophysics Meeting in Montreal, Quebec in July 2019.

When deciding where to apply for a postdoctoral fellowship, Clem said he chose Rutgers, and really enjoys being at Rutgers, for a variety of reasons.

“I am a meteorologist and weather forecaster by training, turned large scale climate dynamist and Antarctic climatologist during my master’s and Ph.D., Clem said. “After my Ph.D., I was interested in learning more about how the tropics affect remote places such as Antarctica. I wanted to learn more about tropical meteorology and also how to perform climate model simulations so I could carry out my own sensitivity experiments to further explore these relationships.

“Rutgers provided the perfect fit for me: I am working alongside Ben Lintner, an expert in tropical climate and the South Pacific Convergence Zone, and Tony Broccoli, an expert in climate modeling and large scale atmospheric circulation. I am also working with James Miller with whom I hope to connect the circulation I examine with the temporal and spatial variability of atmospheric rivers over the eastern South Pacific and South America. The mentor-mentee relationship I have at Rutgers is fantastic and every day I am learning new tools and new methodologies to approach my research ­– I love it. I enjoy the diverse range of faculty research. Also, the technical support I have received at Rutgers, mainly through the Environmental Sciences Systems Administrator Bryan Raney and OARC’s Galen Collier, has been fundamental to my success getting two climate models running, and I have learned more than I ever imagined on the technical side of climate modeling.

“Lastly, I would be amiss if I didn’t mention the outstanding list of scientists that constantly come through Rutgers to give talks, and they often spend the day talking one-on-one with Rutgers’ graduate students and post-docs. I have really enjoyed this aspect of being at Rutgers and the many stimulating conversations I’ve had and presentations I’ve seen.”