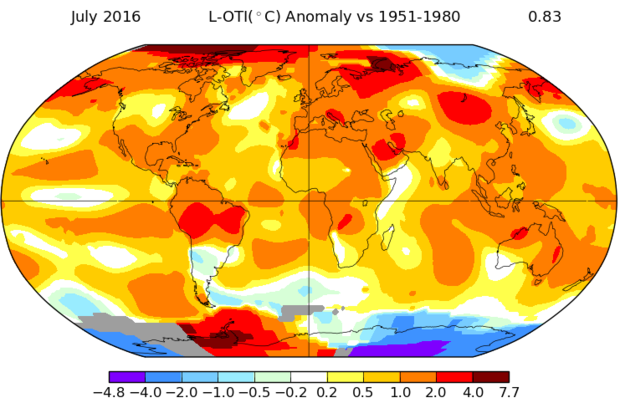 Whether you live in Northern Siberia or Northern New Jersey, chances are you experienced the heat and in some places the oppressive humidity that dominated the weather patterns over most of the summer. July 2016 smashed the global records, as by far and away the warmest month ever recorded by man, as well as the 9th hottest July ever recorded in the Garden State. NJ State Climatologist and EOAS scientist Dr. Dave Robinson added that “Six of the 10 hottest Julys ever recorded in the state all occurred during the past 11 years: 2006, 2010, 2011, 2012, 2013 and 2016.”