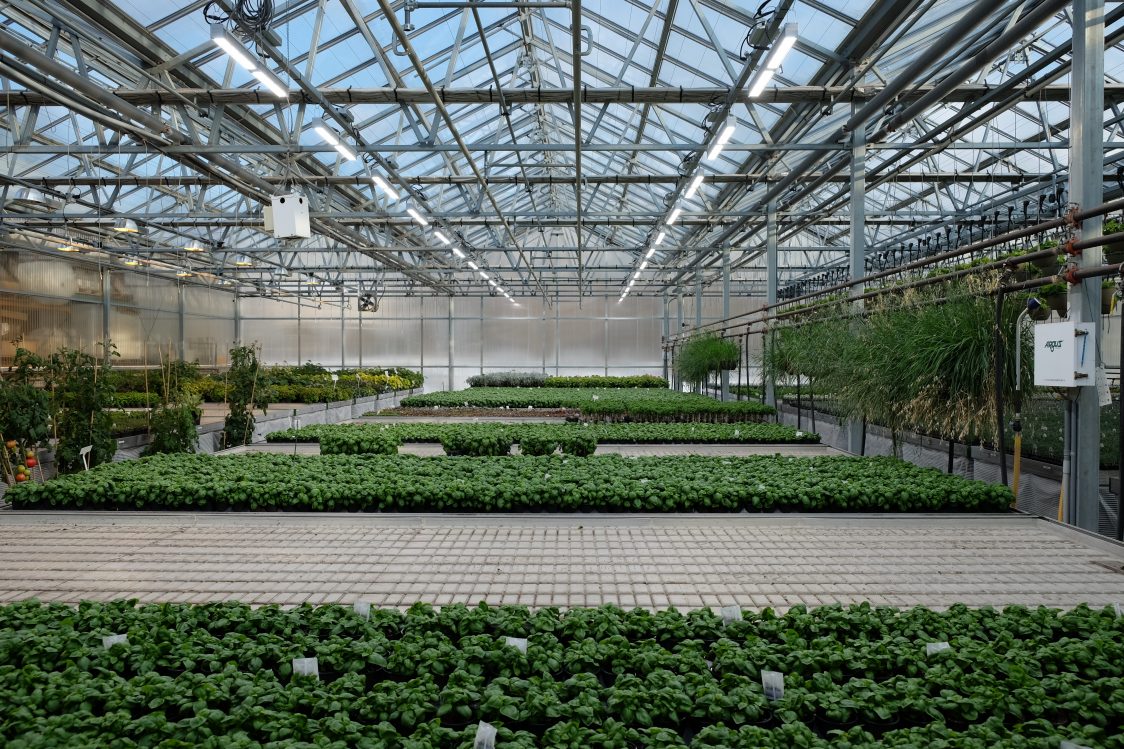 While LED lighting can enhance plant growth in greenhouses, standards are needed to determine the optimal intensity and colors of light, according to Rutgers research that could help improve the energy efficiency of horticultural lighting products.

Many lighting companies market their LED (light-emitting diode) products with claims of delivering an optimal “light recipe” that often consists of a combination of wavelengths and color ratios, such as a 4-to-1 red to blue ratio on the spectrum (colors of a rainbow). Plant scientists often use this information to evaluate the potential effects of lamps on plant growth and development. But standardized procedures on how to calculate these ratios are lacking, according to a study soon to be published in the journal Acta Horticulturae.

“The more efficient supplemental lighting sources are, the less electric power growers need to finish their crops,” said senior author A.J. Both, a professor and extension specialist in controlled environment engineering in the Department of Environmental Sciences in the School of Environmental and Biological Sciences at Rutgers University–New Brunswick. “We hope to help make indoor crop production more sustainable and affordable.”

Increased energy efficiency can have a big impact on the bottom line, and information about new crop lighting strategies will help the burgeoning indoor farming industry, Both said.

In greenhouses and controlled environments, electric lamps are used to supplement sunlight and extend lighting times to produce horticultural crops, such as vegetables, flowers and herbs, according to a previous study led by Both. Recent advances in energy-efficient LED technology provide the horticultural industry with multiple lighting options. But growers can’t easily compare technologies and LED options because of a lack of independent data on how lamps perform. That study led to a proposed standardized product label allowing for comparisons of lamps across manufacturers.

Both and colleagues continue to focus on independently assessing performance metrics such as power consumption, efficiency, light intensity and the light distribution pattern and relaying that information to commercial growers. Recent advancements have provided opportunities to precisely control the light from LED lamps and study their impacts on plant growth and development, according to Both’s research. Both and his team work closely with plant scientists who study the impact of light on plants grown for food or ornamental crops.

The new study recommends using a spectroradiometer, an instrument that measures light output across a specific range of wavelengths. Using such an instrument, various light ratios can be calculated. The researchers reported substantial differences in light ratios comparing sunlight with common lamps, including LED, high-pressure sodium, incandescent and fluorescent lamps used for plant lighting. The researchers hope that their work will contribute to the development of standard definitions for specific wavebands (ranges of wavelengths) that are important for plant growth and development.

The lead author of the new study is Timothy Shelford, a part-time research specialist at Rutgers who also works at Cornell University. Claude Wallace, a Rutgers graduate and part-time employee, also contributed to the study.

This article, written by Todd Bates, originally appeared in Rutgers Today on January 7, 2020.