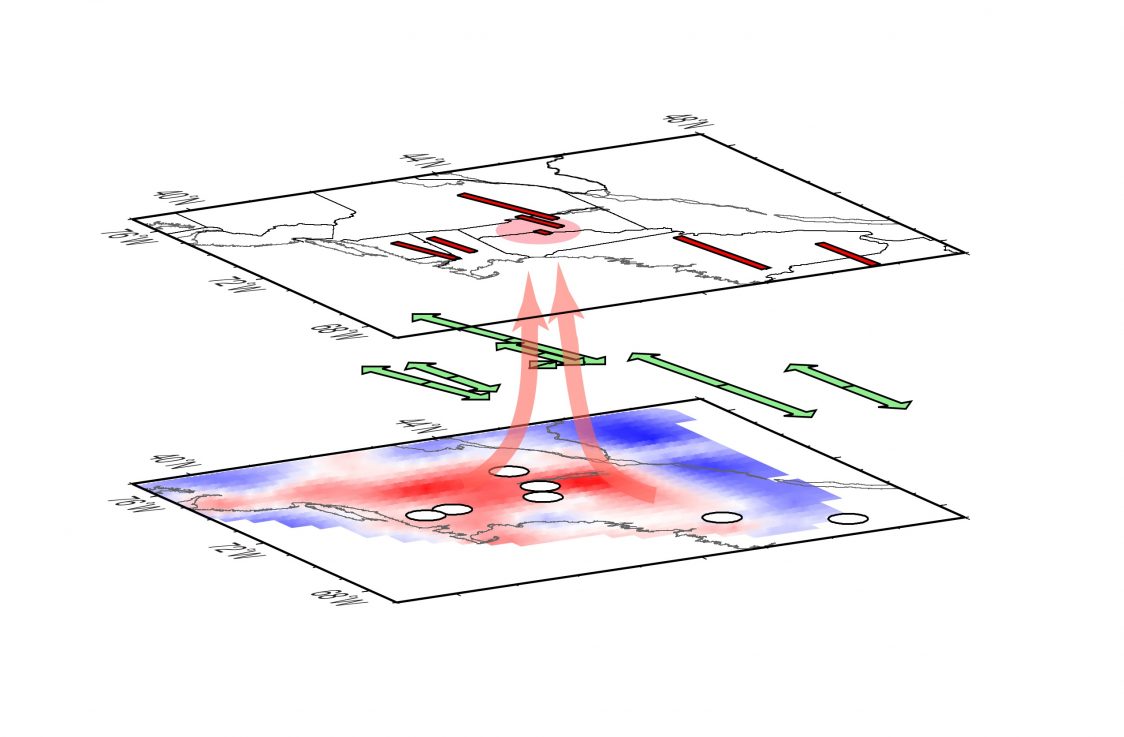 Slowly but steadily, an enormous mass of warm rock is rising beneath part of New England, although a major volcanic eruption isn’t likely for millions of years, a Rutgers University-led study suggests. The research is groundbreaking in its scope and challenges textbook concepts of geology. 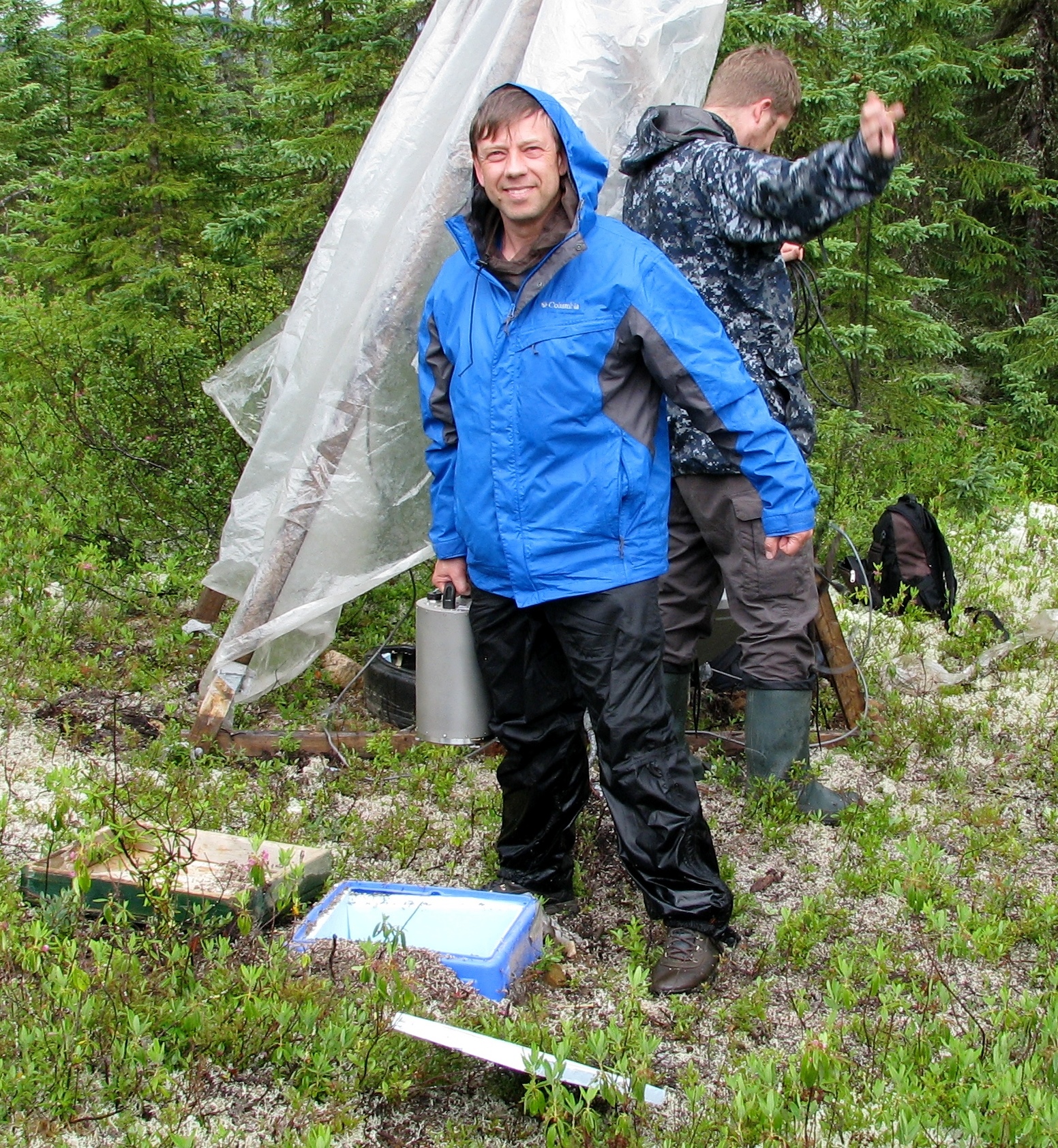 “The upwelling we detected is like a hot air balloon, and we infer that something is rising up through the deeper part of our planet under New England,” said lead author Vadim Levin, a geophysicist and professor in the Department of Earth and Planetary Sciences at Rutgers University–New Brunswick. “It is not Yellowstone (National Park)-like, but it’s a distant relative in the sense that something relatively small – no more than a couple hundred miles across – is happening.”

The study, which tapped seismic data through the National Science Foundation’s EarthScope program, was published online today in Geology. Study co-authors include Yiran Li and Peter Skryzalin, who did their research through Rutgers’ Aresty Research Assistant Program, and researchers at Yale University.

“Our study challenges the established notion of how the continents on which we live behave,” Levin said. “It challenges the textbook concepts taught in introductory geology classes.”

Through EarthScope, thousands of seismic measurement devices, which were 46.6 miles apart, covered the continental United States for two years. Nothing on Earth has been done on this scale, Levin said. The EarthScope program seeks to reveal the structure and evolution of the North American continent and the processes that cause earthquakes and volcanic eruptions, the NSF says.

Levin studies seismic waves, or the vibrations that pass through our planet following earthquakes. Seismic waves provide a window into the Earth’s interior by revealing the shapes of objects, changes in the state of materials and clues about their texture. The Rutgers-led study focused on New England, where scientists had previously documented an area of great warmth (hundreds of degrees Celsius warmer than neighboring areas) in the Earth’s upper mantle. The lithosphere, Earth’s solid outer shell, consists of the upper mantle and the crust that includes the surface. 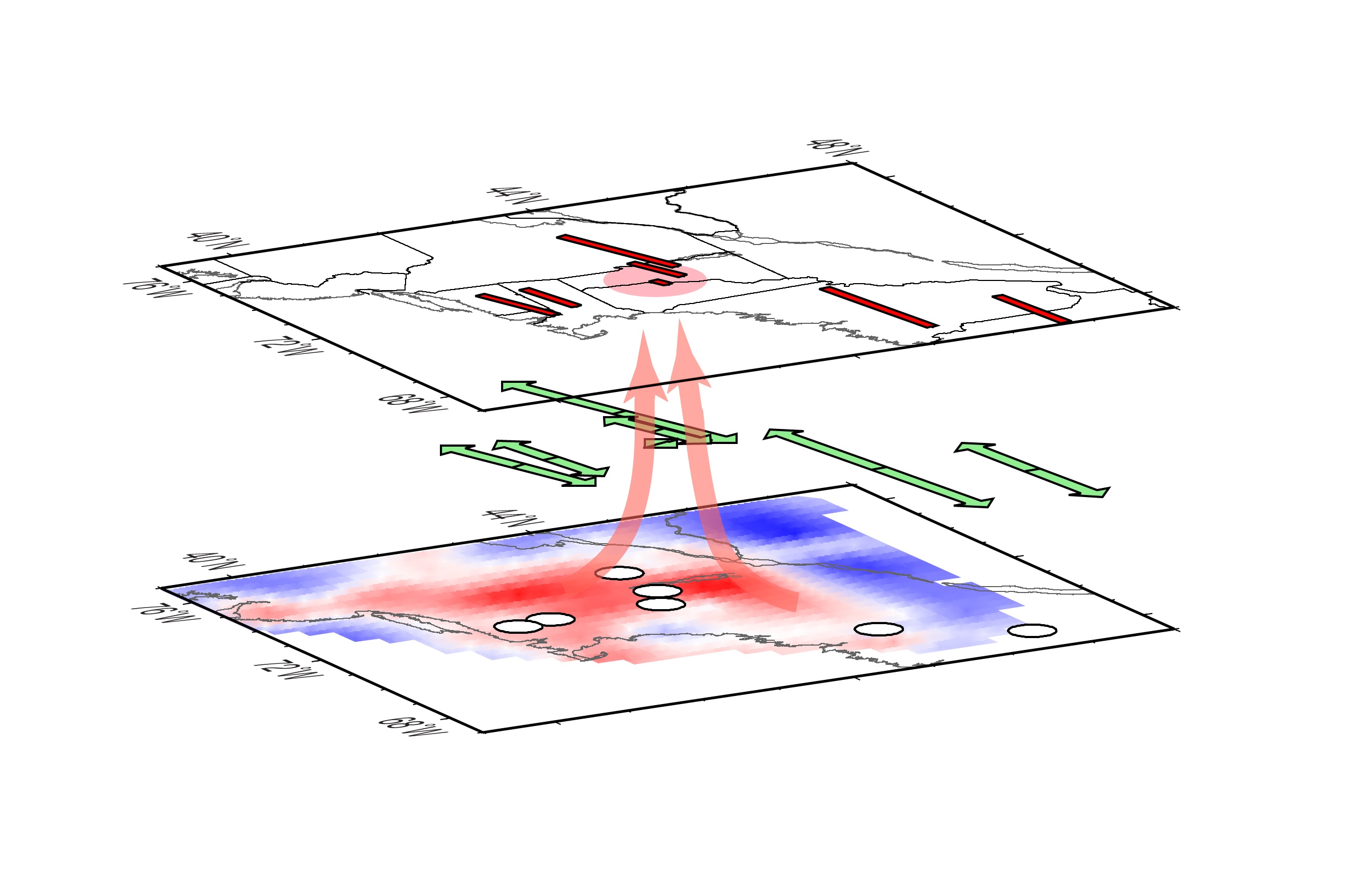 In the figure, measurements of the strength of mantle flow are shown along with the colored map of seismic wave speed at 195 kilometers (121 miles) beneath the Earth’s surface, under the North American tectonic plate. The warm colors indicate lower speed, implying that rock in those regions is less dense, likely warmer and rising toward the surface. The key finding is that mantle flow indicators are smallest above the warm region, likely because warmer rock flows upward and disrupts the horizontal flow.
Image: Vadim Levin/Rutgers University-New Brunswick

“We’re interested in what happens at the interface between tectonic plates – thick, solid parts that cover our planet – and material in the upper mantle beneath the plates,” Levin said. “We want to see how North America is gliding over the deeper parts of our planet. It is a very large and relatively stable region, but we found an irregular pattern with rather abrupt changes in it.”

Levin thinks the upwelling pattern detected is largely beneath central Vermont and western New Hampshire, but it’s also under western Massachusetts. It may be present elsewhere, but the study’s findings were based on available seismic observations.

“The Atlantic margin of North America did not experience intense geologic activity for nearly 200 million years,” Levin said. “It is now a so-called ‘passive margin’ – a region where slow loss of heat within the Earth and erosion by wind and water on the surface are the primary change agents. So we did not expect to find abrupt changes in physical properties beneath this region, and the likely explanation points to a much more dynamic regime underneath this old, geologically quiet area.”

“It will likely take millions of years for the upwelling to get where it’s going,” he added. “The next step is to try to understand how exactly it’s happening.”