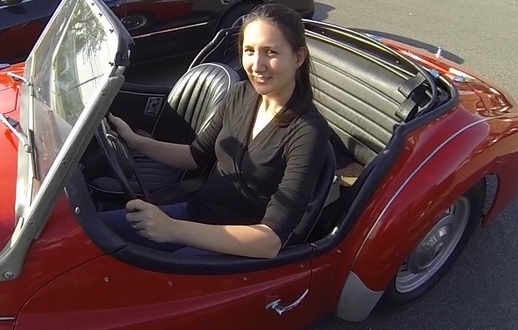 In Memory of Diane,

It is with great sadness that I report the loss of Diane Adams on June 22, 2017 when she joined the legions of talented young who passed well before their time.  Diane came to Rutgers as an Assistant Professor in the Department of Marine and Coastal Sciences in 2013.  She was full of life and projected a contagious energy and enthusiasm that all who knew her loved.  Her passion was studying marine life and how it spread through the world’s oceans and, as a young scientist, she had already made significant scientific contributions to our knowledge of life in the oceans and beyond.  Armed with scuba gear and collection bags, Diane would scour the ocean floor in shallow regions of the ocean in search of larvae and return to the surface to analyze them late into the night on tossing and turning laboratories aboard research vessels.  She was tireless.  Her students describe her as a life mentor who stressed curiosity and work ethic as the foundations of successful science.  They are scattered around the field as living proof of her influence.  Diane was a dynamo and a rising star who realized the importance of the interconnections in life and Earth Systems and was an active member of the EOAS faculty from the inception of the institute a few years ago.  She served on the first EOAS Faculty Committee as a representative for young Rutgers faculty and helped shape the charter and was, in every sense, one of its founding members.

Perhaps the best testimonial that I can provide is that despite being gravely ill, Diane continued to correspond with me regarding a new post-doc who she was recruiting to Rutgers.  She was entirely dedicated to those around her and to her science.  I miss her very much.

I join her husband Dan, her two children, and the EOAS family in grieving the untimely loss of a bright light and wonder what might have been.

The Department of Marine and Coastal Sciences plans to honor Diane’s legacy by establishing a graduate fellowship in her name, and also plan to initiate an award in her name for the best independent undergrad research project each year. To donate, go to this link (https://goo.gl/Du2ayL) and specify “Diane Poehls Adams Graduate Student Support in Marine and Coastal Sciences Endowed Fund” as the fund. Please make sure you both specify this fund and identify Diane as the honoree so that these funds are directed toward their intended purpose. Alternatively, you can contact Melissa McKillop at melissa.mckillip@rutgers.edu at the Rutgers Foundation for more information or to make a donation.