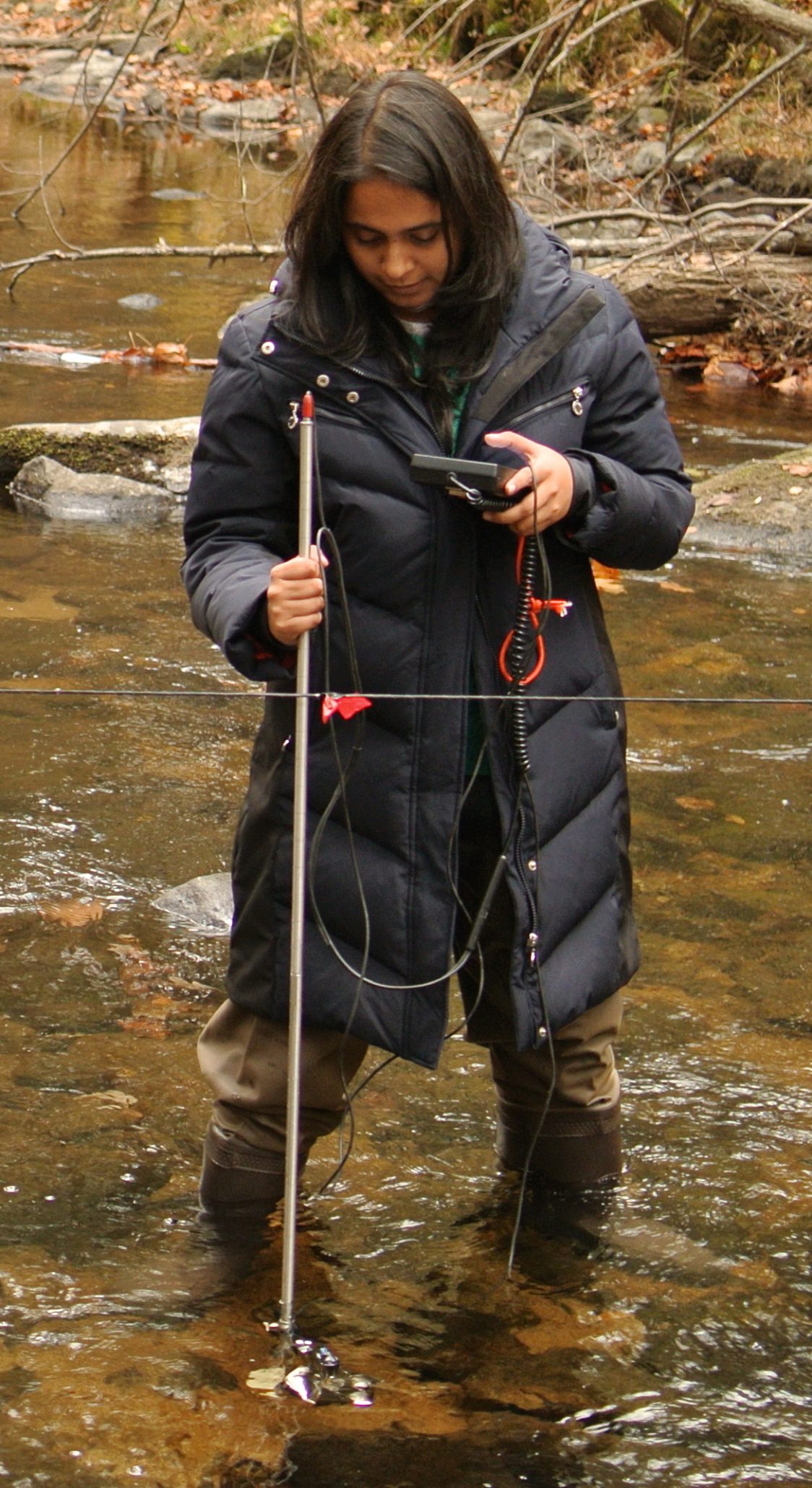 In a quest to build better climate models, Rutgers-New Brunswick grad student measures the melting of the Greenland ice sheet. 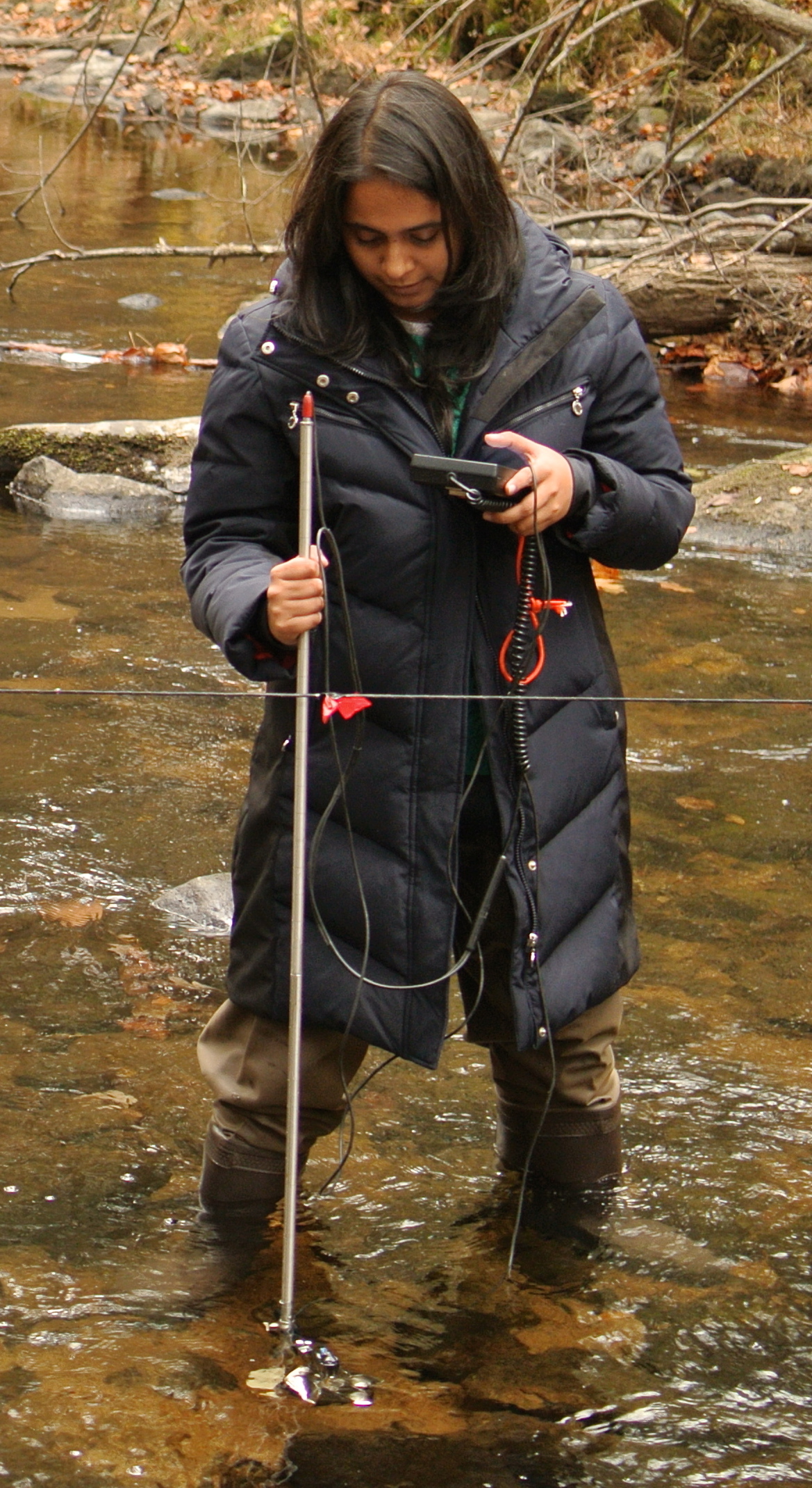 Not content to spend her career before a computer screen, Rutgers-New Brunswick graduate student Rohi Muthyala wants to improve the climate models that appear on those screens.

When she was an undergraduate in India, everyone Rohi Muthyala knew seemed to be studying computer science. “Everyone was working on computers and never getting up from their screens,” she remembered. “They didn’t seem very happy. I didn’t want that.”

As a doctoral student in geography, working with Asa Rennermalm in the School of Arts and Sciences at Rutgers University-New Brunswick, Muthyala still spends part of her time working with computers, but she most certainly gets up from her screen. She spent two weeks last summer on the edge of the Greenland ice sheet, trying to understand how meltwater gets from the surface of the ice to the ocean.

This understanding is important because there are no good computer models of how the melting of Greenland’s ice sheet actually works. Hundreds of millions of people around the world live near sea level, and meltwater from the Greenland ice sheet contributes to sea level rise. Muthyala, fellow student Sasha Leidman, and Rennermalm are trying to fill in the details.

Muthyala studies how melting water cuts channels in the ice sheet and how those channels and the constant thawing and refreezing of the ice sheet’s surface affect the flow of water at the mouth of a river. She also wants to know if what she learns about the area she’s studying can be scaled up to give her a picture of the entire region of southwestern Greenland.

Muthyala’s work can be seen in the video below. This is the second of three videos we’re featuring on the team’s research this past summer in Greenland.  Last week’s video featured Rennermalm and next week’s will feature Leidman.

A native of Hyderabad in southern India, Muthyala studied civil and environmental engineering at the National Institute of Technology in Hamirpur, in the foothills of the Himalayas. Her undergraduate studies took her outside, but her master’s work at the Indian Institute of Science in Bangalore mostly involved models, which meant lots of screen time. When she attended the annual meeting of the American Geophysical Union in San Francisco in 2014, she was looking for a doctoral program to get her out in the elements again.

“I didn’t meet Asa at AGU, but I did notice that there were a lot of people from Rutgers there when I attended in 2014, looking for doctoral programs,” Muthyala remembered. “I thought, ‘Well, maybe I should see who’s doing interesting work at Rutgers.’” She sent an email to Rennermalm, and was one of two graduate students Rennermalm selected to work on hydrology in Greenland.

“These days, everything related to climate science research ends in modeling studies, and I wanted keep working on that, but Asa’s team does both modeling and field work. I love being a part of this team,” she said.

This article was written by Ken Branson and was originally published by Rutgers Today on October 10th, 2017.