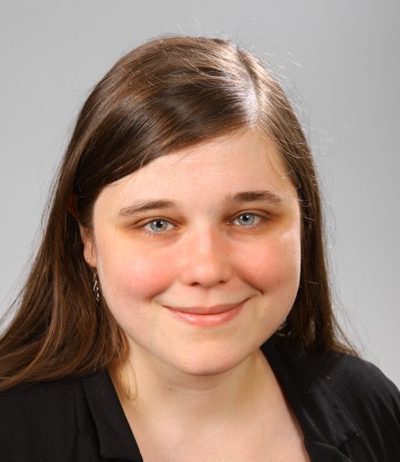 I am pleased to announce the appointment of associate professor Siobain Duffy as the new chair of the Department of Ecology, Evolution, and Natural Resources (DEENR) at the School of Environmental and Biological Sciences, effective March 1.

She succeeds Professor Julie Lockwood, who was recently named the interim director of the Rutgers Institute of Earth, Ocean, and Atmospheric Sciences (EOAS), created in 2015 to more tightly link the Earth system science disciplines at Rutgers. Lockwood’s scholarship on the role of the biosphere in sustaining the Earth system, and how human alterations of this system profoundly impact the species with whom we share this planet, will ensure strong leadership of EOAS.

A Rutgers alumna (Rutgers College ’00), Siobain Duffy graduated with a bachelor’s degree in Molecular Biology and Biochemistry, conducting three years of undergraduate research in Food Science before heading to Yale for master’s and doctoral degrees in Ecology and Evolutionary Biology. Following a two-year stint as a National Science Foundation Postdoctoral Fellow at The Pennsylvania State University, Duffy returned to Rutgers and the Cook Campus to begin her tenure as an assistant professor in 2009.

An associate professor since 2015, Duffy’s research focuses on viral evolution. Her lab uses experimental evolution with bacteriophage model systems and computational approaches to understand viral host shifting and adaptation. Much of her research focuses on emergent plant viruses, including the single-stranded DNA and RNA viruses of cassava. This research led to a prestigious Faculty Early Career Development Program (CAREER) award in 2016 from the NSF. The CAREER award is NSF’s “most prestigious awards in support of junior faculty who exemplify the role of teacher-scholars through outstanding research, excellent education and the integration of education and research within the context of the mission of their organizations.”

In addition, Duffy has won the Raymond Sarber award and the Women’s Career Development Grant from the American Society for Microbiology, and the Ann Palmenberg Young Investigator award from the American Society for Virology.  At Rutgers, she has won awards for both research and teaching, including an Excellence in Teaching award in 2016 as part of the inaugural Rutgers-New Brunswick Chancellor’s Awards for Faculty Excellence.

Please join me in thanking Julie Lockwood for her strong leadership during her tenure and in congratulating Siobain Duffy on her new role as DEENR chair.

This Announcement was published by the SEBS/NJAES Newsroom on March 7, 2022.