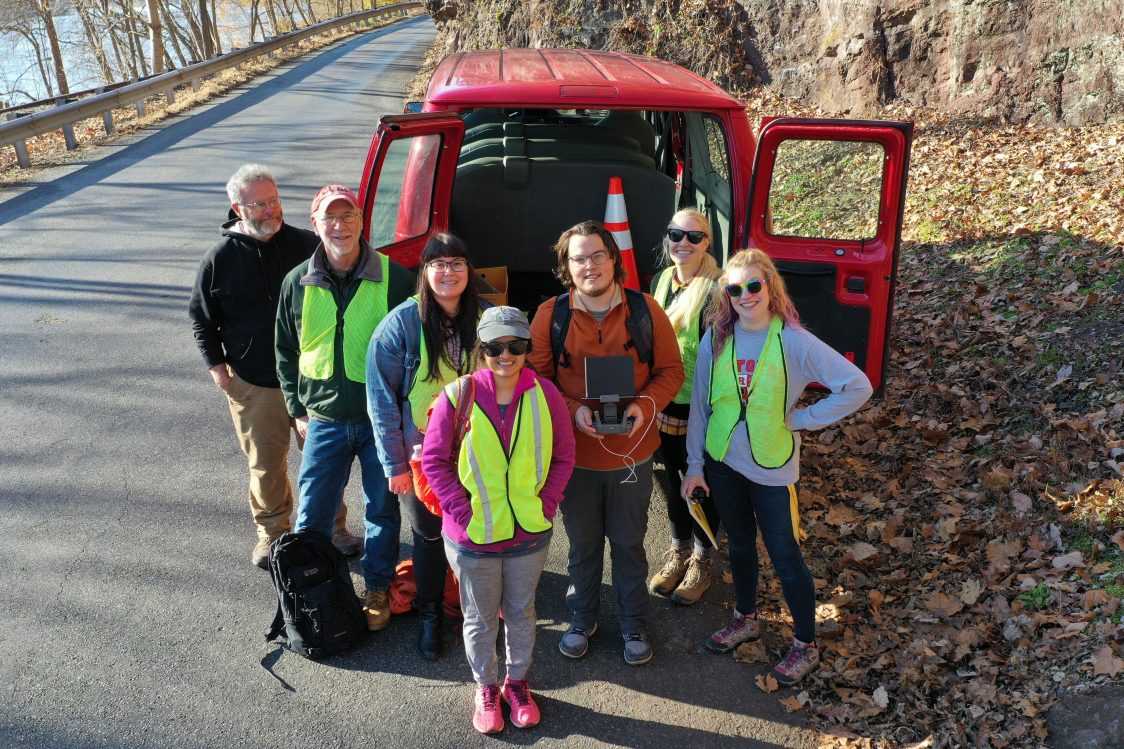 Three EOAS grants offer the promise of learning and discovery

The coronavirus crisis has brought the country, if not the world, to a halt, but it can’t completely derail research at the Rutgers Institute of Earth, Ocean, and Atmospheric Sciences (EOAS). Two of the three projects that received EOAS seed grants for the current academic year are in abeyance due to the pandemic. The newly named Global Environmental Change Grants will next be offered through Rutgers Global, in partnership with EOAS and The Climate Institute. Below is an update on EOAS projects.

Mission Aims: Provide students with field experience using remote-sensing with drones to study geodesy—simply put, the measuring of Earth’s shape over time—and eventually better prepare them to enter a workforce that is increasing geo-enabled. “I definitely want to make this more accessible,” said Adamo, who taught a one-credit seminar course last fall in which graduate students learned drone techniques. She has acquired a Remote Pilot Certificate from the FAA—something she likened to taking a driving test. (The students, under her guidance, were not required to have certification.)

Methodology: UAV (Unmanned Aerial Vehicles, drones) have great use in geoscience and environmental research; they have become the preferred platform for remote-sensing data acquisition due to their small size, low cost, and ease of operation. The drones carry a high-resolution digital camera, Adamo explained, and employ a flight-planning app that uses satellite data to survey the grid to be captured. The camera takes images in rapid succession with an overlap—the more overlap the better the data quality.

Footage of the Inspire 1 drone as it surveyed the area around “Pebble Bluff” Roadcut at Riegelsville Milford Road in Holland Township.

Status Report: Because students are so heavily involved in the research, the immediate future of the project depends on when onsite classes resume. A planned field trip in May to the famed terrain of the Book Cliffs in eastern Utah has been put on hold. Meanwhile, Adamo has plenty of paperwork to do in order to obtain permission from landowners and Rutgers for drone flights.

Gee-Whiz Factor: After the images are collected on the drone flyover, photogrammetry programs, such as Pix4D or Agisoft Metashape, produce high-quality “3D-point clouds”—digital records of the points that cover surfaces. These photogrammetry programs utilize the Structure from Motion (SfM) algorithm to convert 2D photographs and into 3D images. The program advances the field of photogrammetry in geoscience by offering an effective approach to capturing complex topography.

Expected Impact: The application of new research methods to existing projects/sites can lead to new discoveries and advances in scientific understanding. Major findings and deliverables from this project will be shared with fellow educators and presented through professional meetings and conferences, including the Earth Educators Rendezvous, the annual meetings of the American Geophysical Union and Geological Society of America, and through peer-reviewed publications. By engaging in mapping exercises, students will have gained valuable hands-on experience in the set-up, operation, and deployment of UAV-guided surveys. Such exercises give students a background in data collection, analysis, and interpretation methods. Course work will be created that develops skills in planning and collecting data for remote sensing and geodetic studies.

Formal Title: “Investigating the Response of the Indian Monsoon during the Little Ice Age with Proxy Data Recorded in a Fossil Coral”

Mission Aims: Provide scientists with data that compares the strength of the Indian monsoon during two climate states.  Stronger monsoons, which are predicted to occur in a warming climate, have consequences for extreme flooding, disease, loss of life, and economic catastrophe. Evidence suggests the monsoon was weaker during a colder climate such as the Little Ice Age, which occurred from approximately 1300-1870 A.D.

Methodology: By examining the chemistry of a coral, scientists can reconstruct climate records dating further back than data previously collected by modern instrumentation. Some corals, when X-rayed, display annual banding layers which can be examined for isotopes and trace metals to reveal changes in ocean chemistry at monthly resolution back in time, such as seasonally driven climate signals. One example would be the strength of the summer monsoon, which brings increased precipitation to parts of the world. By piggybacking on its preliminary study, the team hopes to capture high-resolution geochemical records from the 1640-1762 period of the Little Ice Age—research that could enrich climate modeling and forecasting.

Status Report: This project is on hold and the team has more work to do including micro-milling and conducting stable isotope analysis of the coral samples from Saint Martin’s Island, Bangladesh, along with analyzing water samples from Bangladesh to obtain its stable isotope measurements. Water samples are critical for constraining the correlation between coral isotope signal and monsoon strength.

Gee-Whiz Factor: The geosciences require about 200 isotope ratio measurements and trace metal measurements using mass spectrometry. For this project, the coral will be subsampled at a 0.5 mm spacing and the recovered coral powder will be dissolved and analyzed for trace metals and O and C isotopes. According to the seed grant proposal, coral samples from the Little Ice Age have the “potential for generating a nearly continuous hydroclimate record.”

Expected Impact:  The hope is that the results will be promising enough to pave the way for an NSF grant such as P2C2 (Paleo Perspectives on Climate Change).

Mission Aims: Ocean waves have important but perhaps unsung roles on Earth. They transport energy; impact coastal areas, causing storm surges; contribute to the retreat or growth of wetlands; and affect marine activities (fishing and shipping, among others). This team has taken on the task of developing code, using emerging data analysis and AI techniques, that can be used to estimate the heights of waves.

Methodology: Satellite-based Synthetic Aperture Radar (SAR) provides broad coverage data at high resolution—and must be collected using noise-reduction techniques—while an HF-radar system uses high-frequency radio waves to measure surface currents. The SAR satellite data of New Jersey coastal areas will be validated against wave measurements from the HF-radar system collected off the shore. The SAR data will be analyzed using an algorithm, Convolutional Neural Network (CNN), to estimate wave heights. The CNN-scheme results will be compared to the HF-radar data and the better method will be used to measure the wave height.

Status Report: According to Wang, the extremely large volume of SAR data takes an extended time to process, but the preprocessing stage is complete, and the team is working on another project goal, devising a deep learning algorithm that can deliver improved data processing performance. Data visualization is also under development.

Gee-Whiz Factor: SAR, which operates at a low-altitude Earth, sun-synchronous orbit, can acquire data 24/7 regardless of cloud cover. It is essentially a sensor that transmits microwave signals and collects them when they are returned from the surface, after which they are digitized and stored for processing. SAR can provide high-quality spatial resolution by employing the radar antenna’s motion over the survey area.

Expected Impact: Two grant applications have been submitted thus far and a career award application will be applied for this summer. Additionally, the project will equip students with knowledge of satellite imaging and deep learning and can be used in class as a demonstration at Civil and Environmental Engineering and Marine and Coastal Sciences for undergraduate and graduate education.