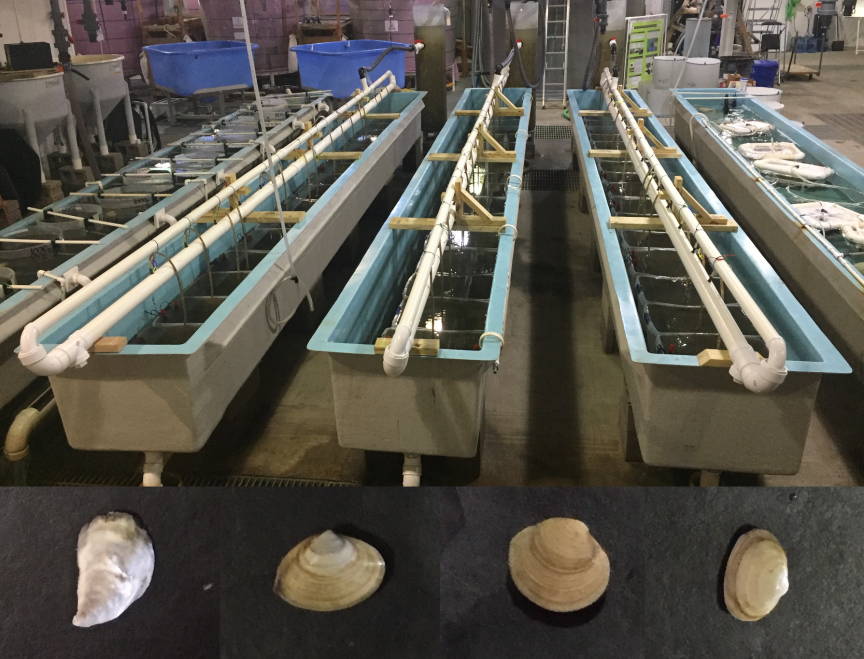 Eastern oysters and three species of clams can be farmed together and flourish, potentially boosting profits of shellfish growers, according to a Rutgers University–New Brunswick study.

Though diverse groups of species often outperform single-species groups, most bivalve farms in the United States and around the world grow their crops as monocultures, notes the study in the journal Marine Ecology Progress Series.

Farming mollusks such as clams, oysters and scallops contributes billions of dollars annually to the world’s economy. In the United States, more than 47 million pounds of farm-raised clam, oyster and mussel meat worth more than $340 million were harvested in 2016, the study says.

The study, which took place in a laboratory setting at Rutgers’ New Jersey Aquaculture Innovation Center in North Cape May, New Jersey, tested the feasibility of farming multiple bivalve species in close proximity to each another.

When supplied with seawater containing naturally occurring algal particles, the groups that contained all four species removed significantly more particles than most monocultures. This suggests that each species prefers to filter a particular set of algal food particles.

“This shows that, to some degree, these bivalve species complement each other,” said co-author Daphne Munroe, an associate professor in the Department of Marine and Coastal Sciences in the School of Environmental and Biological Sciences. She is based at the Haskin Shellfish Research Laboratory.

The scientists also found virtually no differences in growth or survival for any of the four species, suggesting that when food is not an issue, these bivalves could be raised together without outcompeting each another.

“This study illustrates the benefits of diversifying crops on shellfish farms,” Acquafredda said. “Crop diversification gives aquaculture farmers protection from any individual crop failure, whether it’s due to disease, predation or fluctuating environmental conditions. In future studies, the feasibility of bivalve polyculture should be tested on commercial bivalve farms.”

This article was written by Todd Bates and was originally posted in Rutgers Today on April 2, 2020.