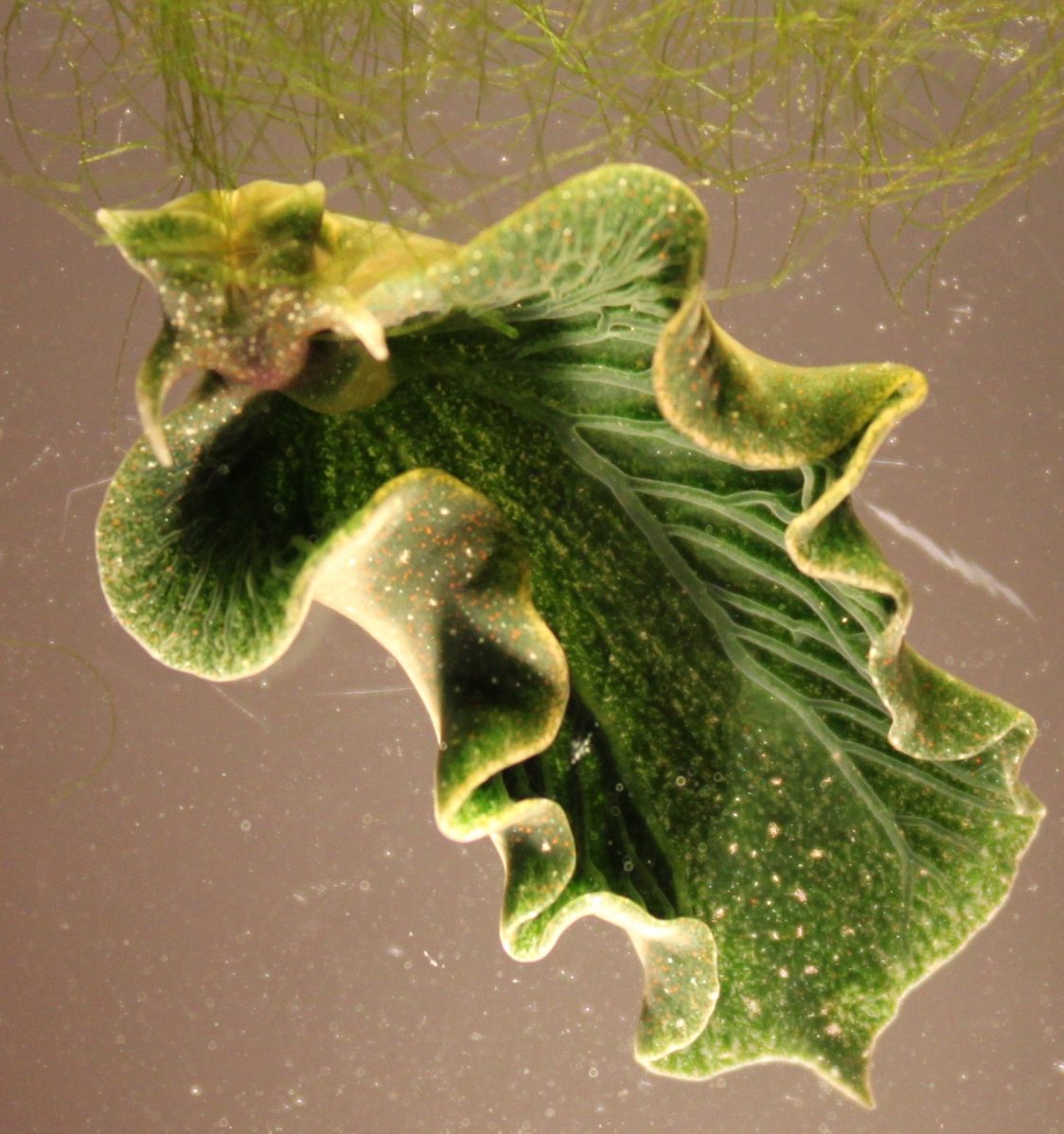 Near-shore animal becomes plant-like after pilfering tiny solar panels and storing them in its gut. 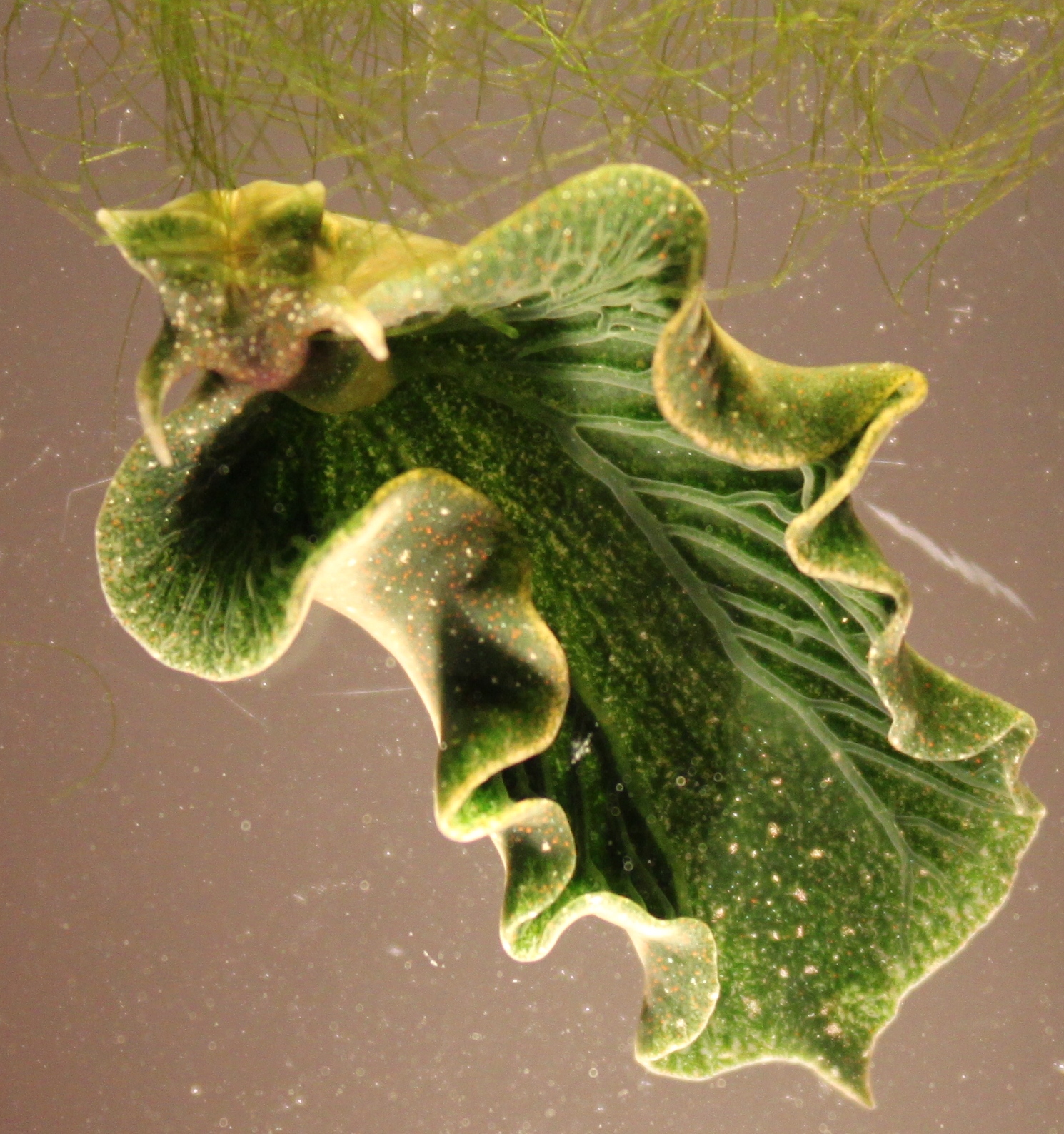 In an amazing achievement akin to adding solar panels to your body, a Northeast sea slug sucks raw materials from algae to provide its lifetime supply of solar-powered energy, according to a study by Rutgers University–New Brunswick and other scientists.

“It’s a remarkable feat because it’s highly unusual for an animal to behave like a plant and survive solely on photosynthesis,” said Debashish Bhattacharya, senior author of the study and distinguished professor in the Department of Biochemistry and Microbiology at Rutgers–New Brunswick. “The broader implication is in the field of artificial photosynthesis. That is, if we can figure out how the slug maintains stolen, isolated plastids to fix carbon without the plant nucleus, then maybe we can also harness isolated plastids for eternity as green machines to create bioproducts or energy. The existing paradigm is that to make green energy, we need the plant or alga to run the photosynthetic organelle, but the slug shows us that this does not have to be the case.”

The sea slug Elysia chlorotica, a mollusk that can grow to more than 2 inches long, has been found in the intertidal zone between Nova Scotia, Canada, and Martha’s Vineyard, Massachusetts, as well as in Florida. Juvenile sea slugs eat the nontoxic brown alga Vaucheria litorea and become photosynthetic – or solar-powered – after stealing millions of algal plastids, which are like tiny solar panels, and storing them in their gut lining, according to the study published online in the journal Molecular Biology and Evolution.

Photosynthesis is when algae and plants use sunlight to create chemical energy (sugars) from carbon dioxide and water. The brown alga’s plastids are photosynthetic organelles (like the organs in animals and people) with chlorophyll, a green pigment that absorbs light.

This particular alga is an ideal food source because it does not have walls between adjoining cells in its body and is essentially a long tube loaded with nuclei and plastids, Bhattacharya said. “When the sea slug makes a hole in the outer cell wall, it can suck out the cell contents and gather all of the algal plastids at once,” he said.

Based on studies of other sea slugs, some scientists have argued that they steal and store plastids as food to be digested during hard times, like camels that store fat in their humps, Bhattacharya said. This study 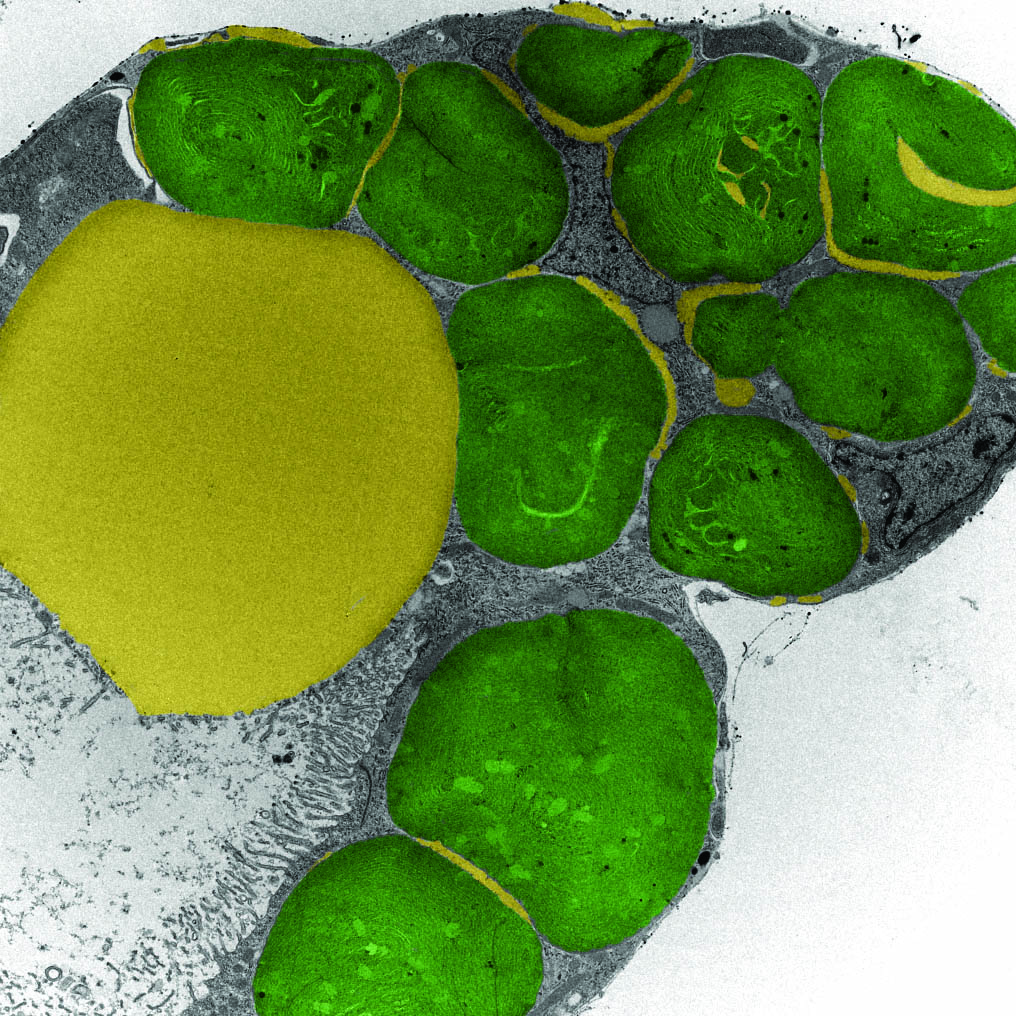 showed that’s not the case for solar-powered Elysia chlorotica.

“It has this remarkable ability to steal these algal plastids, stop feeding and survive off the photosynthesis from the algae for the next six to eight months,” he said.

The team of Rutgers and other scientists used RNA sequencing (gene expression) to test their solar energy supply hypothesis. The data show that the slug responds actively to the stolen plastids by protecting them from digestion and turning on animal genes to utilize the algal photosynthetic products. Their findings mirror those found in corals that maintain dinoflagellates (also algae) – as intact cells and not stolen plastids – in symbiotic relationships.

Whereas Elysia chlorotica stores plastids, the algal nuclei that are also sucked in don’t survive, and scientists still don’t know how the sea slug maintains the plastids and photosynthesis for months without the nuclei that are normally needed to control their function, Bhattacharya said.

The study’s co-authors include Pavel Vaysberg, a former undergrad in biotechnology in the School of Environmental and Biological Sciences; Dana C. Price, associate research professor in the Department of Plant Biology; and researchers from the University of Queensland in Australia, University of Maine and University of Connecticut.

This article was originally written by Todd Bates and published by Rutgers Today on May 2, 2018.