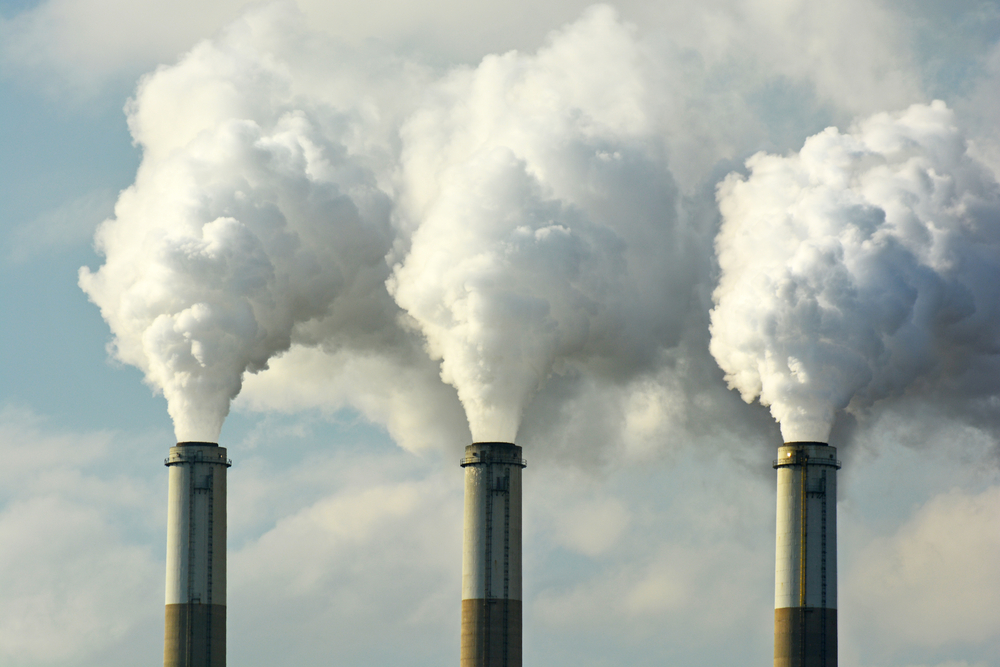 Carbon dioxide emissions from fossil-fuel power plants, motor vehicles and other human sources are the primary driver of global climate change, which threatens people and ecosystems around the world. But what, quantitatively, is the social cost of carbon dioxide – the economic damage caused by a 1-ton increase in emissions, or the benefits of cutting emissions by 1 ton? A National Academies of Sciences, Engineering and Medicine committee today released a report aimed at ensuring that estimates of the social cost of carbon dioxide used by the U.S. government keep reflecting state-of-the-art science and evidence. Rutgers Today asked committee member Robert E. Kopp, an associate professor in the Department of Earth and Planetary Sciences at Rutgers, EOAS member, and associate director of the Rutgers Energy Institute, to discuss the topic.

Rutgers Today: What is the social cost of carbon dioxide?

It’s an economic measure of the damage to human welfare from each ton of carbon dioxide we emit. When you emit a ton of carbon dioxide, you increase the Earth’s average temperature by a tiny fraction of a degree for many centuries to come. That temperature increase has numerous impacts – mostly negative, but some positive – on people and ecosystems. For example, it slightly increases the probability that people will die from heat-related causes and the probability of crop failure in warm regions, and it also slightly decreases the probability that people will die from cold-related causes. Many processes besides mortality and crop growth are also temperature-sensitive, and turning up the global thermostat a tiny bit like we do when we emit an extra ton of carbon dioxide causes many small impacts to them. These small impacts affect human welfare, and it’s these welfare effects that the social cost of carbon dioxide attempts to estimate.

Rutgers Today: What does the new National Academies report assess?

The report describes steps the U.S. government can take, both in the near term and over the longer term, to ensure that social cost of carbon dioxide estimates represent the best science available over time. It lays out a framework focused on the scientific basis, transparency, and uncertainty quantification of the analysis. It describes a modular approach for undertaking the four key steps of social cost of carbon dioxide estimation: the projection of future socioeconomics and emissions, the translation of emissions into climate change, the translation of climate change into damages to human welfare, and the discounting of damages over time.

Rutgers Today: Why is benefit-cost analysis of climate change useful?

Currently, we humans emit about 40 billion tons of carbon dioxide a year, and every ton of carbon dioxide we emit increases average global temperature. The scientific community’s best assessment at the moment is that every trillion tons we emit leads to an increase of about 0.2 to 0.7 degrees Celsius (0.4 to 1.2 degrees Fahrenheit). To stop additional global warming requires bringing net emissions to zero. That’s why the Paris climate change agreement, reached in December 2015, set a goal of doing so in the second half of this century.

A central economic question is how fast we can achieve net-zero emissions without the costs of the shift outweighing the benefits. That’s one of the reasons why benefit-cost analysis is useful. Theoretically, you could stop additional global warming by bringing global emissions to zero this year, but making the transition that quickly would be extraordinarily costly. When we’re talking about climate policies, we’re always talking about the trade-offs between the damage we’re doing by emitting carbon dioxide and the costs (and non-climate benefits) of transitioning to a clean energy economy. Benefit-cost analysis helps navigate these trade-offs.

Rutgers Today: How do you think the use of the social cost of carbon dioxide will fare in the new administration?

The U.S. government’s use of social cost of carbon dioxide estimates began in 2008 in response to a court ruling, and that obligation continues. If the government wants to propose regulations that decrease or increase carbon dioxide emissions, it is required to analyze the economic consequences of doing so. And, regardless of what happens at the federal level, the social cost of carbon dioxide is also being used in states like California, Minnesota and New York to inform their efforts to reduce greenhouse gas emissions.

Rutgers Today: How does this National Academies report relate to your research?

Much of the work of my research group – the Rutgers Earth System Science & Policy Lab – relates to the interface between physical changes in the climate and the economy, and to the characterization of uncertainty in physical changes and economic consequences. In 2015, I and collaborators at the University of California, Berkeley and the Rhodium Group, wrote Economic Risks of Climate Change: An American Prospectus. Based on how people in the past have responded to variability in the climate, this book estimated the potential future economic damages climate change could cause in the United States. Now, joined also by collaborators at the University of Chicago, we’ve launched a new consortium, the Climate Impact Lab, that’s pursuing similar analyses at a global scale.