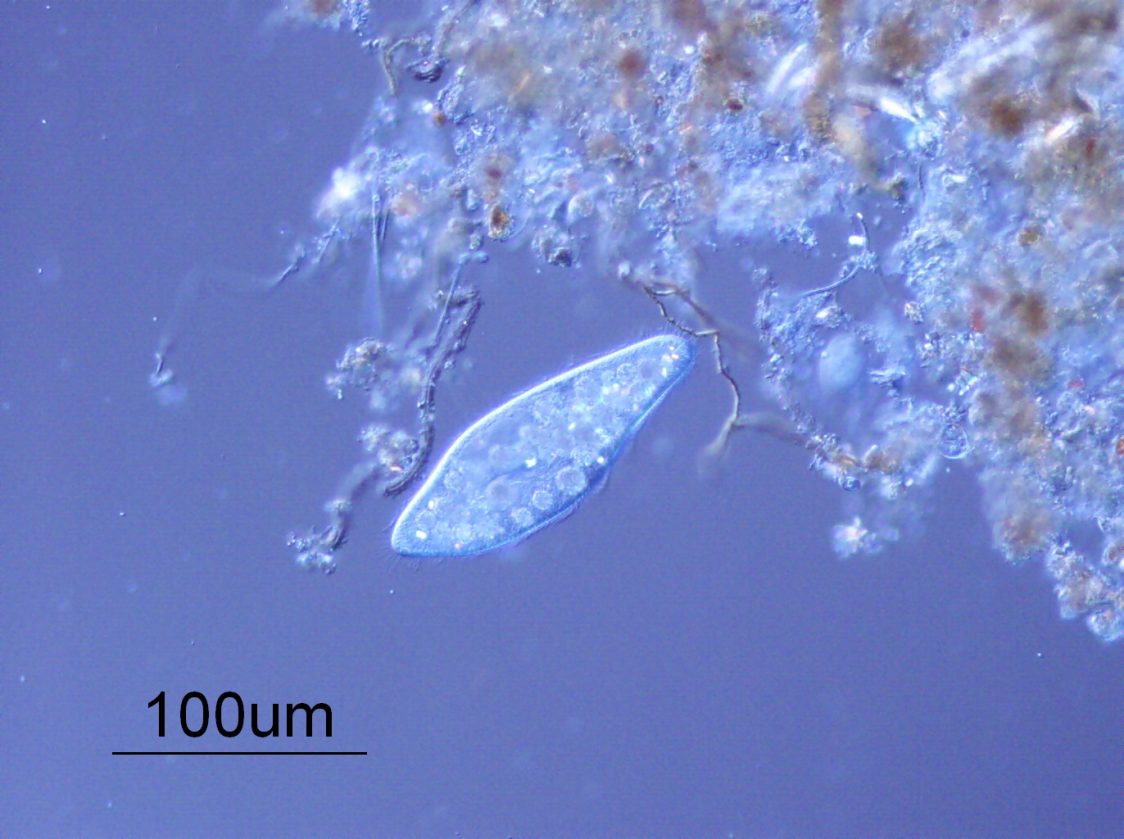 Biological invasions pose major threats to biodiversity, but little is known about how evolution might alter their impacts over time.
Now, Rutgers scientists have performed the first study of how evolution unfolds after invasions change native systems.

The experimental invasions – elaborate experiments designed by doctoral student Cara A. Faillace and her adviser, Professor Peter J. Morin – took place in glass jars suitable for savory jam or jelly, with thousands of microscopic organisms on each side. After entering the jars – uncharted territory – the invaders won some battles and lost some against the “natives.”

“Oftentimes, we know the initial impacts of invasive species but we don’t know the long-term impacts – if things will get better or worse,” said Morin, a distinguished professor in the Department of Ecology, Evolution & Natural Resources in the School of Environmental and Biological Sciences. “Cara found that both things can happen, and it will depend a lot on the details of the biology of the species that’s introduced and the biology of the community that’s invaded.”

The Rutgers scientists coauthored a study – “Evolution Alters the Consequences of Invasions in Experimental Communities” – that was published recently in Nature Ecology & Evolution.

Typically, biological invasions unfold when humans introduce exotic species – either accidentally or on purpose – into areas where they are not native, Faillace said. Invasive species, a subset of exotic species, usually are ecologically or economically harmful.

“Invasions can cause extinctions and that’s been documented globally,” she said. “They can also reduce diversity through competition, predation and when they introduce a pathogen.”
In their study, the Rutgers researchers compared the performance of populations of resident and invading species before and after they interacted, and potentially evolved, for about 200 to 400 generations. They used two different groups of resident species consisting of aquatic bacteria, ciliates – protozoans with hair-like projections called cilia – and rotifers, organisms with cilia-laced mouths and retractable feet. The ciliates and rotifers were collected from Bamboo Pond in Rutgers Gardens in New Brunswick.

For the nearly two-year experiments, one species from each group was designated as an invader of the other community. One group had five ciliates and a rotifer. The other group had three different ciliates and a different rotifer.

The organisms’ worlds were loosely lidded 8.5-ounce jars – about the size of a jelly jar. The jars contained food, vitamins, sterile water and two sterile wheat seeds for extra nutrients. 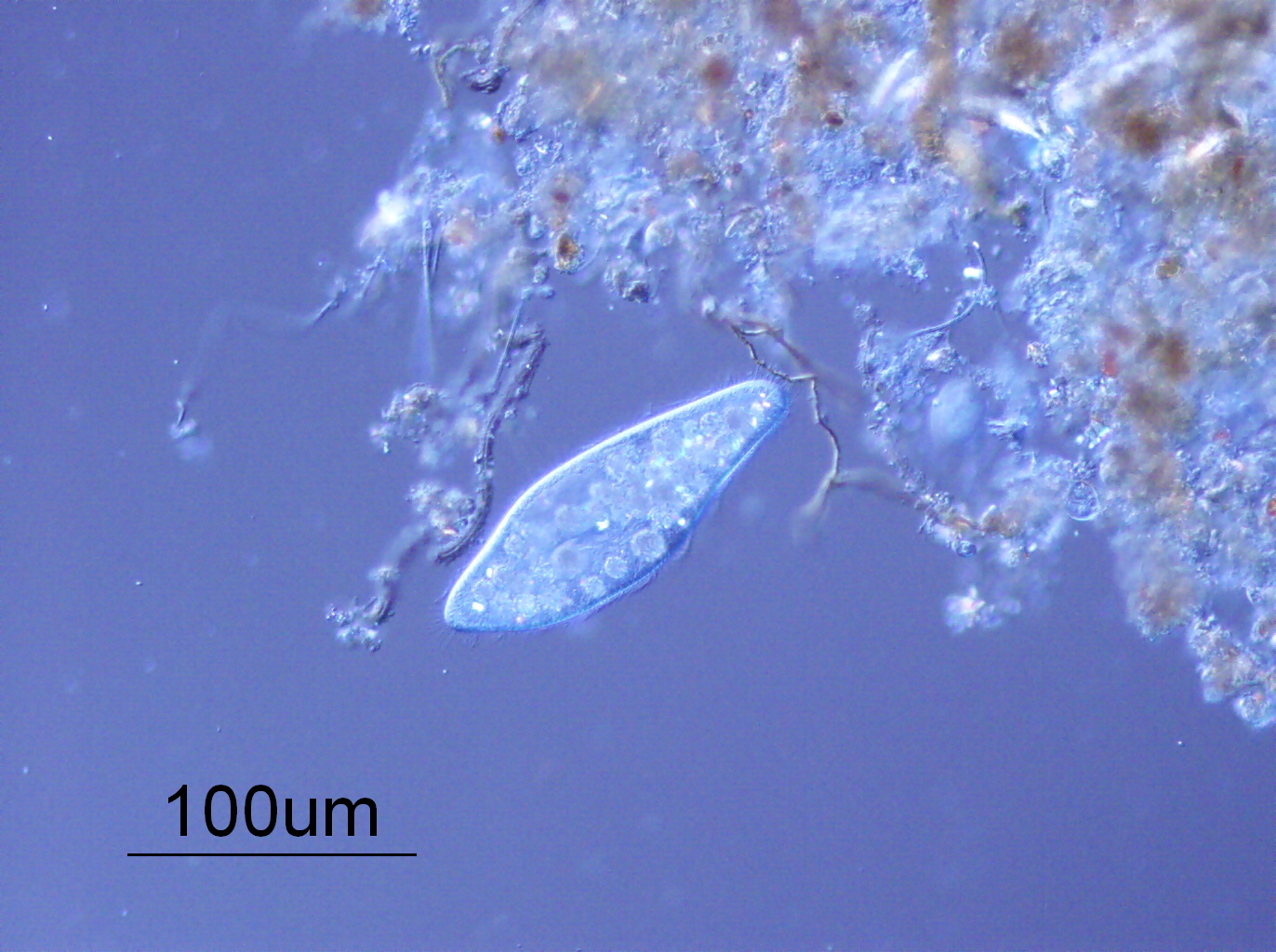 Photo: Peter J. Morin
A paramecium, one of the protozoans used in the evolution and invasions experiment.

There were likely hundreds of thousands of protozoans in a microcosm, or jar, and populations turned over fairly quickly, with many chances for mutations, Morin said.

“Every time an individual divides, it’s still alive and it takes six to 24 hours for most of these organisms to reproduce,” he said.

The study’s results showed that the microbes’ interactions altered the performance of the resident and invading species, and the researchers think evolution led to differences in performance.
A couple of species were abundant in the beginning but went extinct (they could not be found in the jar) after being invaded, Faillace added.

In nature, most biological invasions are accidental, Morin said.

“It took several tries to get the European starling in North America established, and that was intentional,” he said. “Now they’re the bane of every native bird.”

“Gypsy moths were brought to North America by someone who wanted to see if they could establish a silk industry using gypsy moths,” Morin said. “The cage they were kept in was damaged, they were released and the rest is history.”

Yet many organisms, such as the emerald ash borer, which kills ash trees, get introduced accidentally through commerce, Faillace said. They include the Asian longhorned beetle, which also attacks and kills trees and likely arrived in shipping containers or pallets.

Biological invasions are especially damaging when a predator or pathogen is introduced and when native species have never encountered a predator, the scientists said.

Climate change is a major factor in biological invasions and its impact is likely increasing, Faillace said.

“The bottom line is that we should expect to see changes in the impacts of invasive species as invaders and native species evolve over time,” Morin said.