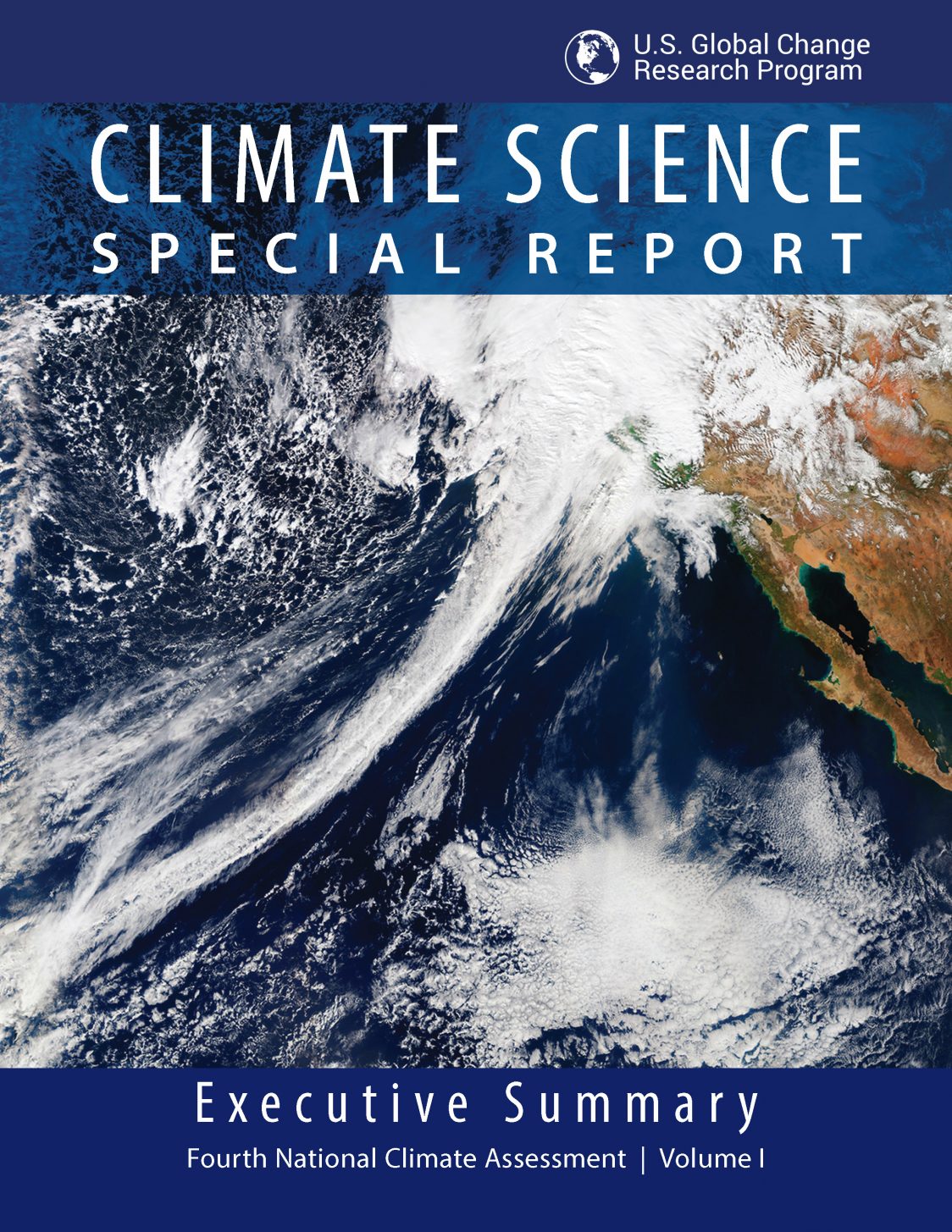 Q&A with Rutgers Professor Robert E. Kopp, co-author of “the most up-to-date comprehensive report on climate science on the planet” 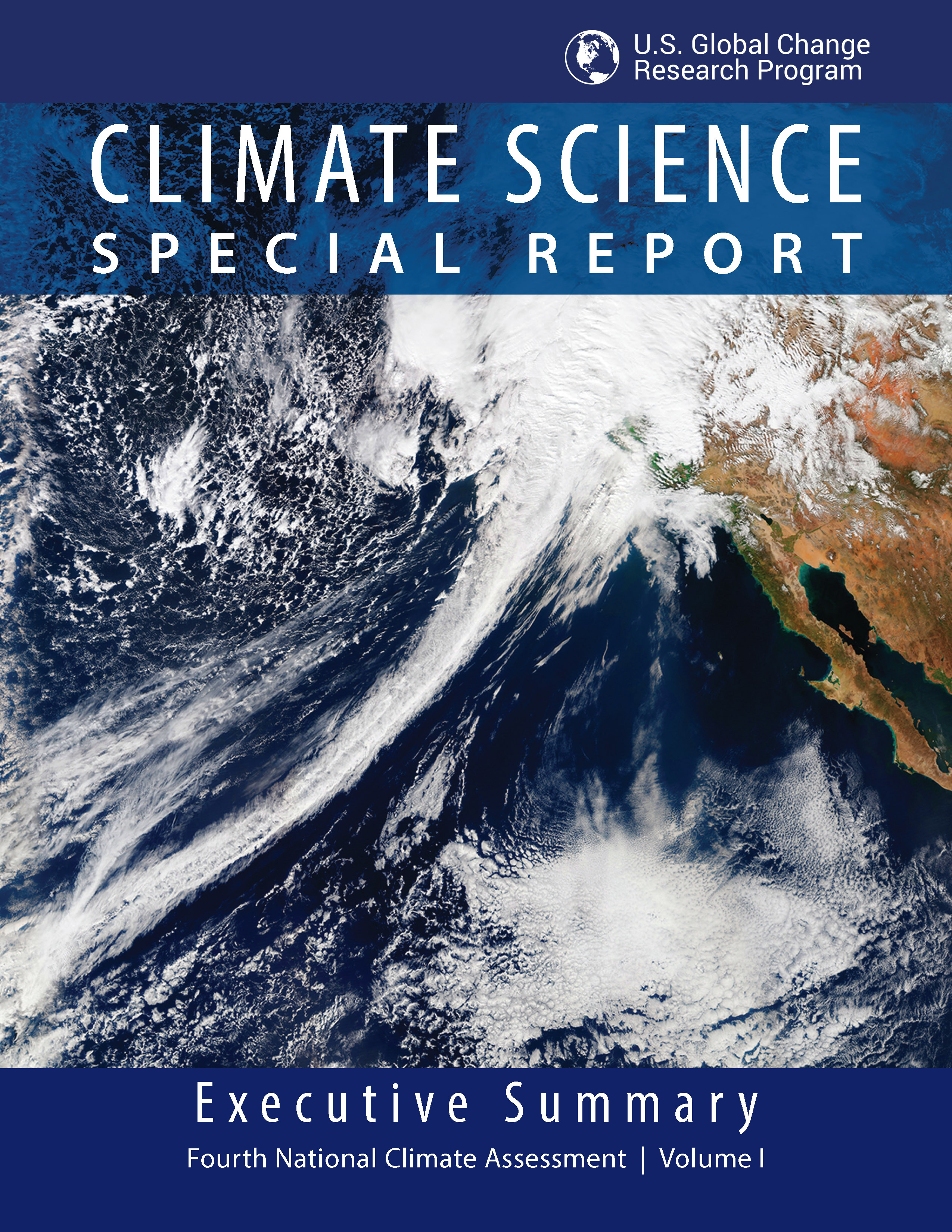 The Climate Science Special Report, released last week by the U.S. Global Change Research Program, details the science behind global warming and its current and potential impacts on the American economy, communities, public health and infrastructure.

One of the report’s lead authors is Robert E. Kopp, a professor in the Department of Earth and Planetary Sciences at Rutgers University–New Brunswick, director of Rutgers’ Institute of Earth, Ocean, and Atmospheric Sciences (EOAS) and co-director of Rutgers’ Coastal Climate Risk and Resilience Initiative.

Rutgers Today asked Kopp to discuss the report, which serves as Volume 1 of the U.S.’s Fourth National Climate Assessment, and what it says about the future of our planet.

Rutgers Today: How would you describe the Climate Science Special Report?

It is the product of a major 18-month effort involving 51 scientists, most in the federal government and some, like me, outside. It underwent a lengthy review process by the public, by the National Academy of Sciences and by government agencies. It is the most up-to-date comprehensive report on climate science available right now anywhere on the planet.

Rutgers Today: What were the report’s major findings?

The core findings of the report are not new: the evidence keeps on growing that climate change is real, that it is predominantly caused by human emissions, that it is having real effects on the United States and that those effects increase with every ton of carbon dioxide we emit. Thousands of studies by researchers worldwide have documented changes in surface, atmospheric and oceanic temperatures; melting glaciers; diminishing snow cover; shrinking sea ice; rising sea levels; ocean acidification; and increasing atmospheric water vapor.

In the sections I worked most intensely on, the report finds that global average sea level will very likely rise by 1 to 4 feet over the course of this century, with the higher values more likely with more emissions. But it also finds a possibility that, if Antarctica proves more unstable than we think, sea level could rise by as much as 8 feet. Rising seas have already caused a 5- to 10-fold increase in tidal flooding since the 1960s in several American coastal cities, including here in New Jersey.

The report also finds that the farther we push the climate away from conditions in the historical record, the greater the probability that it will surprise us. Those surprises may come through simultaneous weather extremes, such as, perhaps, this summer’s three intense hurricanes and widespread wildfires of this summer, or large-scale shifts in the climate system driven by vicious cycles, or pathways yet to be discovered.

Rutgers Today: How should society react to and use the report?

The National Climate Assessment is a vital information resource, in part, because it can serve as an authoritative refere

nce for citizens and for decision-makers at all levels of government. For example, the Third National Climate Assessment has played an important role in many of the reports of the New Jersey Climate Adaptation Alliance, which is coordinated by Rutgers and aims to provide climate information to inform adaptation decisions made throughout the state.

For the Fourth National Climate Assessment, Volume 1’s primary audience is technical. It is focused on the physical science. Volume 2, which is currently in public review, has taken that information and used it to inform a massive report on the impacts of climate change.

Although the details of the human and ecological impacts of climate change are in Volume 2, which is still in review, Volume 1 has some serious messages for society. The more greenhouse gases we emit, the more climate change we get. If we want to stabilize the climate, we need to bring global net emissions of carbon dioxide to zero. If we want to limit warming to 2°C – the international goal – we need to get global emissions on a rapidly downward path over the next two decades. And even if we do that, there will still be impacts we can’t avoid. At a national, state and local level, we need to take the information in the National Climate Assessment and use it to develop robust strategies for adapting to ongoing and future climate impacts.

This aritcled was originally written by Todd Bates and Published by Rutgers Today on November 7th, 2017.