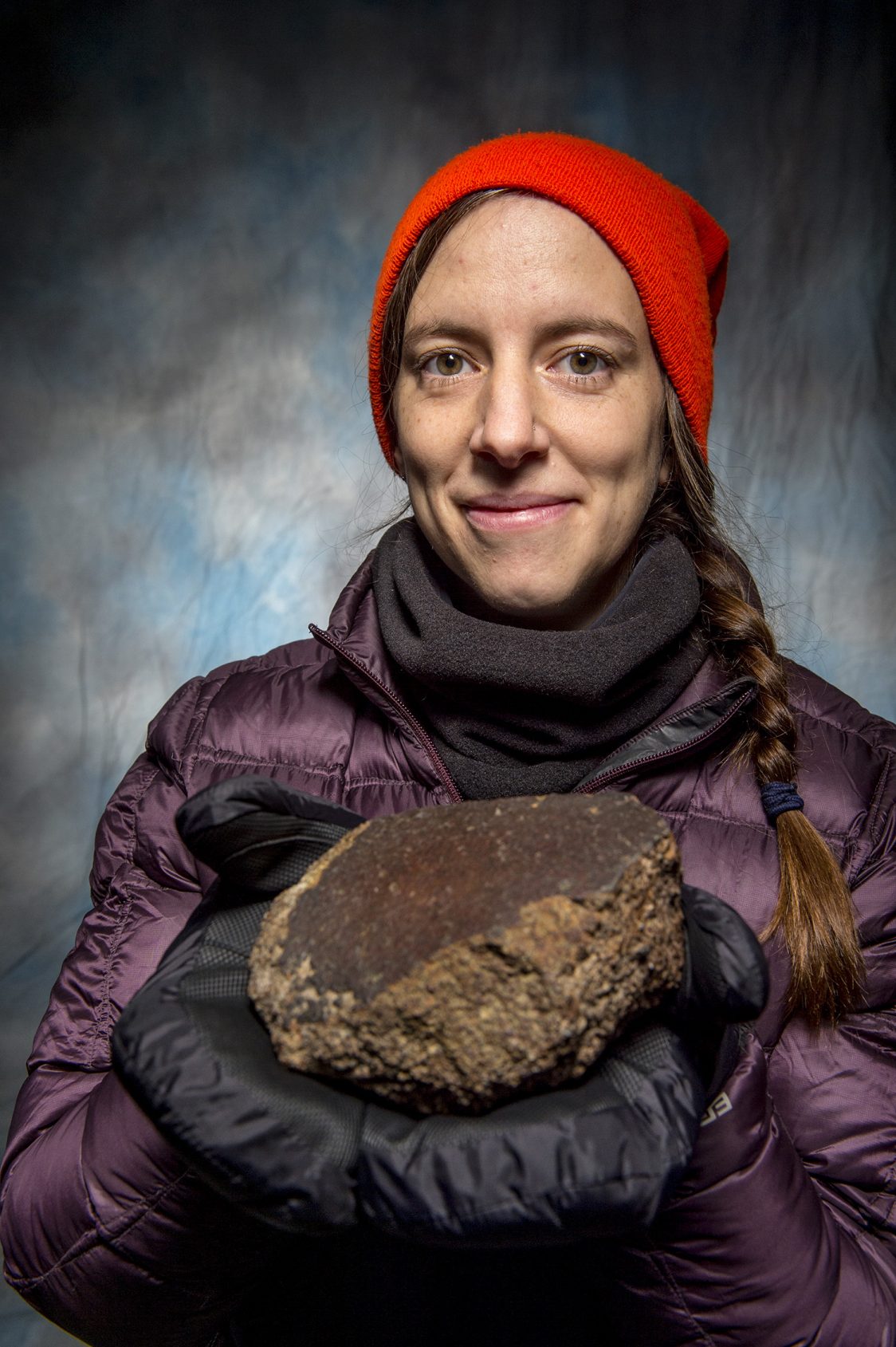 Being “a good scientific citizen” in one of the world’s most desolate places.

There are out-of-the-way places. There are remote places. Then there are places like the Trans-Antarctic Mountains, where the nearest human being – possibly, the nearest living organism – is at least 150 miles away. 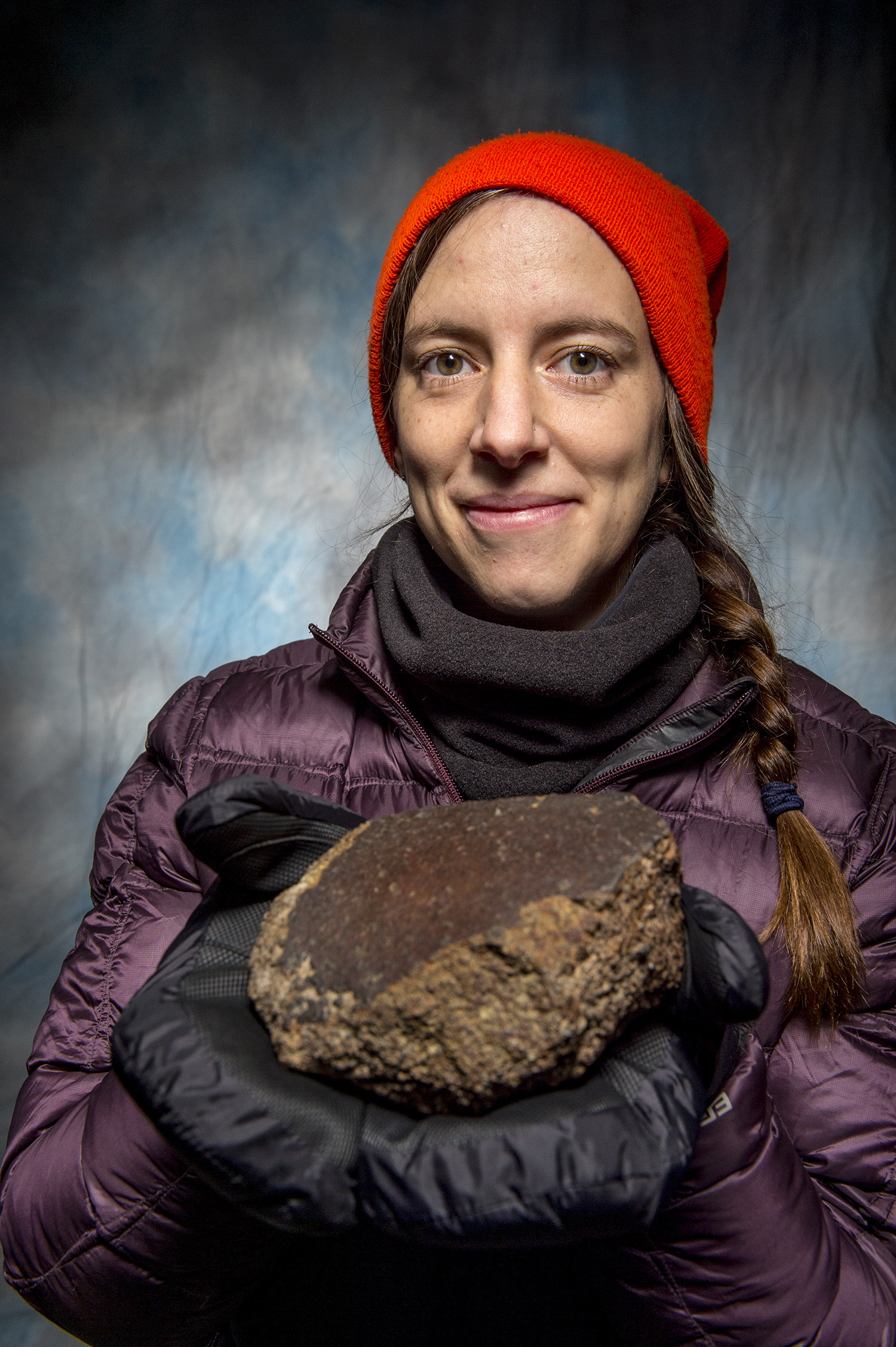 Juliane Gross holds a meteorite, part of her personal collection. In Antarctica, she’ll only handle meteorites with tongs, to protect them from contamination. “In the field, we don’t get to cuddle them,” she said.
Nick Romanenko, Rutgers University

An associate professor of earth and planetary sciences in the School of Arts and Sciences, she will recover meteorites for the Case Western Reserve University’sAntarctic Search for Meteorites (ANSMET) program, funded by the National Aeronautics and Space Administration (NASA).

Scientists study meteorites because meteorites can tell us about how our solar system evolved and how planets formed and because scientists want to know how meteorite impacts affected our past and might affect our future.

Gross and her colleagues who study meteorites need to find them in as pristine a condition as possible – and the world’s best place is in the high ice fields of the Trans-Antarctic Mountains. In that mountain range, which slashes diagonally through the icy continent, there are no microbes, rain, amateur or professional space rock hunters or anything else to contaminate the meteorites.

Gross is an experienced outdoorswoman, but her sojourn in one of the world’s most desolate places is not your average camping trip. Though she and her colleagues will be in Antarctica during the southern summer, they will be at an equivalent of 11,000 feet above sea level and cold. The weather, clear and extremely cold, will sometimes be subject to blizzard conditions. There are no animals, no people and not much color to distract the eye – white snow, black rock, blue sky.

Gross will be there with two other scientists and a mountaineer for safety’s sake. The two men and two women will live in two, two-person tents. They will cook frozen food on small grills inside their tents.

The first order of business each day will be to chip and melt ice for drinking water. Then Gross and her colleagues will make instant oatmeal for breakfast. “Then you get dressed for a day in the ice fields, which can take up to 20 minutes,” Gross said. “Make sure the Skidoo (snowmobile) is in working order, and leave by 9 a.m. We drive 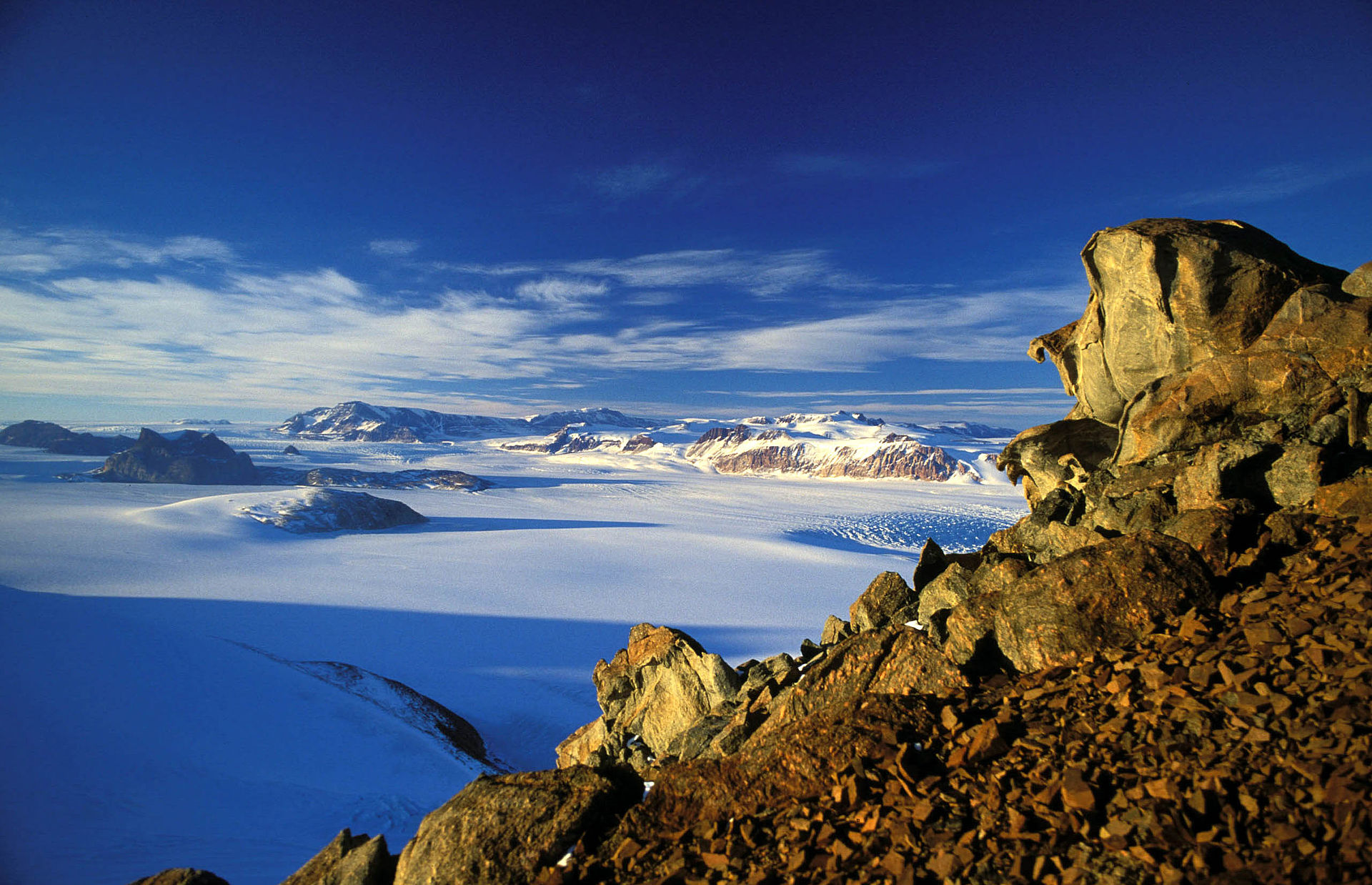 The Trans-Antarctic Mountains are so remote that Juliane Gross and her team may be the only living organisms for 150 miles when they start hunting meteorites there next month.

to the ice field looking for meteorites, taking GPS coordinates, describing the rocks and the environment where they were found taking photos of the field site and rocks, and then recover the meteorites.”

Gross and her colleagues will collect the meteorites using large tongs, not their hands, to avoid contaminating them. They will put the meteorites in plastic bags, then store them in a freezer in camp at a constant temperature..

Afterward, the meteorites will be stored in a similar facility at McMurdo Station on the shore of the Ross Sea, just west of the mountains, until they can be shipped to the NASA Johnson Space Center in Houston.

Once the meteorites are in Houston, Gross can get in line for a chance to study them; she doesn’t get preferential treatment when requesting the rocks she and her team found. “This is what it takes to be a good scientific citizen,” she said.

If you want to follow Gross in the field, here is the link to her and her team’s blog: http://caslabs.case.edu/ansmet/category/17-18/

This article was originally written by Ken Branson and published by Rutgers Today on November 15th, 2017.