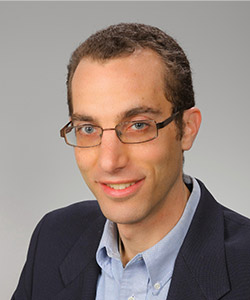 Humanity’s role on our small planet is rapidly changing. The scientific and industrial revolutions of the past centuries have brought about the wealthiest and most peaceful time in the history of our species. But, as a byproduct of this great transformation, there is almost nowhere on Earth’s surface today — whether on land, in the oceans or in the air — that is untouched by our global civilization. As human population has exploded, we have claimed an ever-growing fraction of our planet’s biological productivity. We have remixed ecosystems that plate tectonics had sundered for tens of millions of years. We have altered our planet’s atmosphere and shifted our climate from a gradually cooling trajectory to a rapidly warming one.

One of the greatest challenges of the 21st century is to employ our civilization’s newfound powers in a way that maintains peace and prosperity, sustains the natural capital on which these depend, and manages the risks created by the way we live upon the Earth. To tackle this challenge requires that we, as a society, engage in a vigorous program of Earth system science that informs civic literacy and planetary governance.

Rutgers University, with a public mission grounded in New Jersey but global in extent, is ready to take a leadership role.

Twenty-eight years ago, Rutgers University president Edward Bloustein and Professor Fred Grassle inaugurated Rutgers’ Institute of Marine and Coastal Sciences (IMCS). Prof. Grassle served as director of IMCS through most of its first two decades, and was succeeded by Cisco Werner and Rich Lutz. Three years ago, IMCS transformed into the Institute of Earth, Ocean, and Atmospheric Sciences (EOAS), and Prof. Mark Miller succeeded Prof. Lutz, becoming EOAS’s first director. It is my honor to follow in the footsteps of Professors Grassle, Werner, Lutz and Miller as the new director of EOAS.

EOAS’s mission is to unite an “interdisciplinary community that fosters research, education, and outreach about Earth’s interior, continents, oceans, atmosphere, and biosphere, their interactions and co-evolution through our planet’s history, and humanity’s dependence and impacts upon these systems.”

Our scientists are at the forefront of research into the conditions that give rise to habitable planets, the history of the Earth system, observations and forecasting of the ongoing behavior of the Earth, the assessment and management of Earth system risks, and past, present and future changes in our planet’s polar regions. EOAS faculty affiliates are conducting impactful research that is published in top journals and attracts public attention from around the world. In just the last few weeks, Science has featured research by EOAS faculty affiliates on the resilience of corals to ocean acidification and the economic risks posed by climate change to the United States.

Under Mark Miller’s leadership over the last three years, EOAS has chalked upon important achievements in catalyzing pioneering research and innovative educational efforts on campus.

This past academic year saw the successful launch of the Coastal Climate Risk & Resilience (C2R2) initiative. C2R2 is housed at EOAS and run, with National Science Foundation support, as a collaboration with the Edward J. Bloustein School of Planning & Public Policy, the School of Arts & Sciences, the School of Environmental & Biological Sciences, the School of Engineering, and the Graduate School–New Brunswick. C2R2 prepares graduate students to meet the challenge of assessing coastal risks and building coastal resilience. It provides students the opportunity to conduct research that integrates natural, socio-economic, and engineered elements of coastal systems and to  practice effective communication techniques with coastal stakeholders. This transdisciplinary program is an exemplar of the sort of successes we can have when members of the EOAS community come together with our colleagues across Rutgers to pursue exciting, cross-cutting initiatives.

EOAS is also working to represent Rutgers in a variety of multi-institutional collaborations aimed at bridging science and practice, including the Science and Resilience Institute at Jamaica Bay, the Cooperative Institute for the North Atlantic Region, and the Arctic Research Consortium of the United States.

Meanwhile, this summer and fall, we are embarking on a strategic planning process that is engaging dozens of EOAS scientists, as well as colleagues from across Rutgers and at neighboring schools in our region. We are examining how to best align EOAS’s affiliated graduate programs and to advance groundbreaking strategies for research, teaching, outreach, and policy engagement in five thematic areas: planetary habitability, Earth system history, Earth observations and forecasting, Earth systems risks, and polar change.

Together with the other members of our leadership team, I look forward to working with the community of EOAS faculty, staff, postdocs and students – as well as the broader Rutgers community and our supporters – to advance Rutgers’ national leadership in the Earth system sciences. Please do not hesitate to get in touch with us.