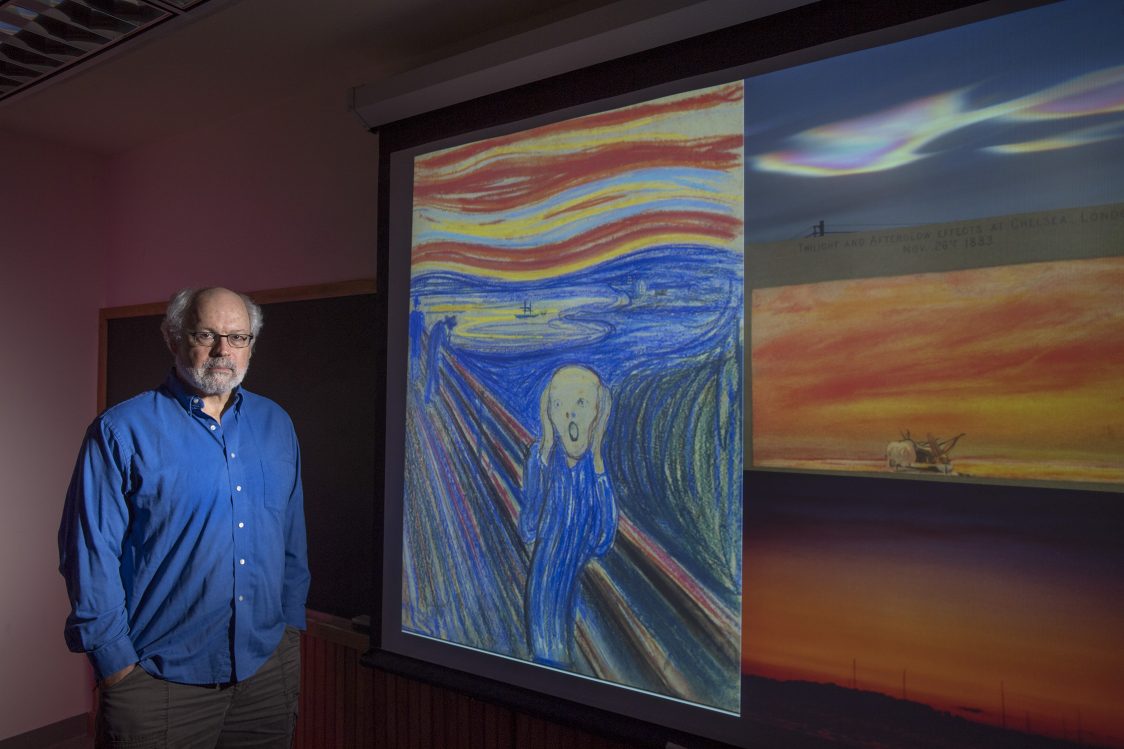 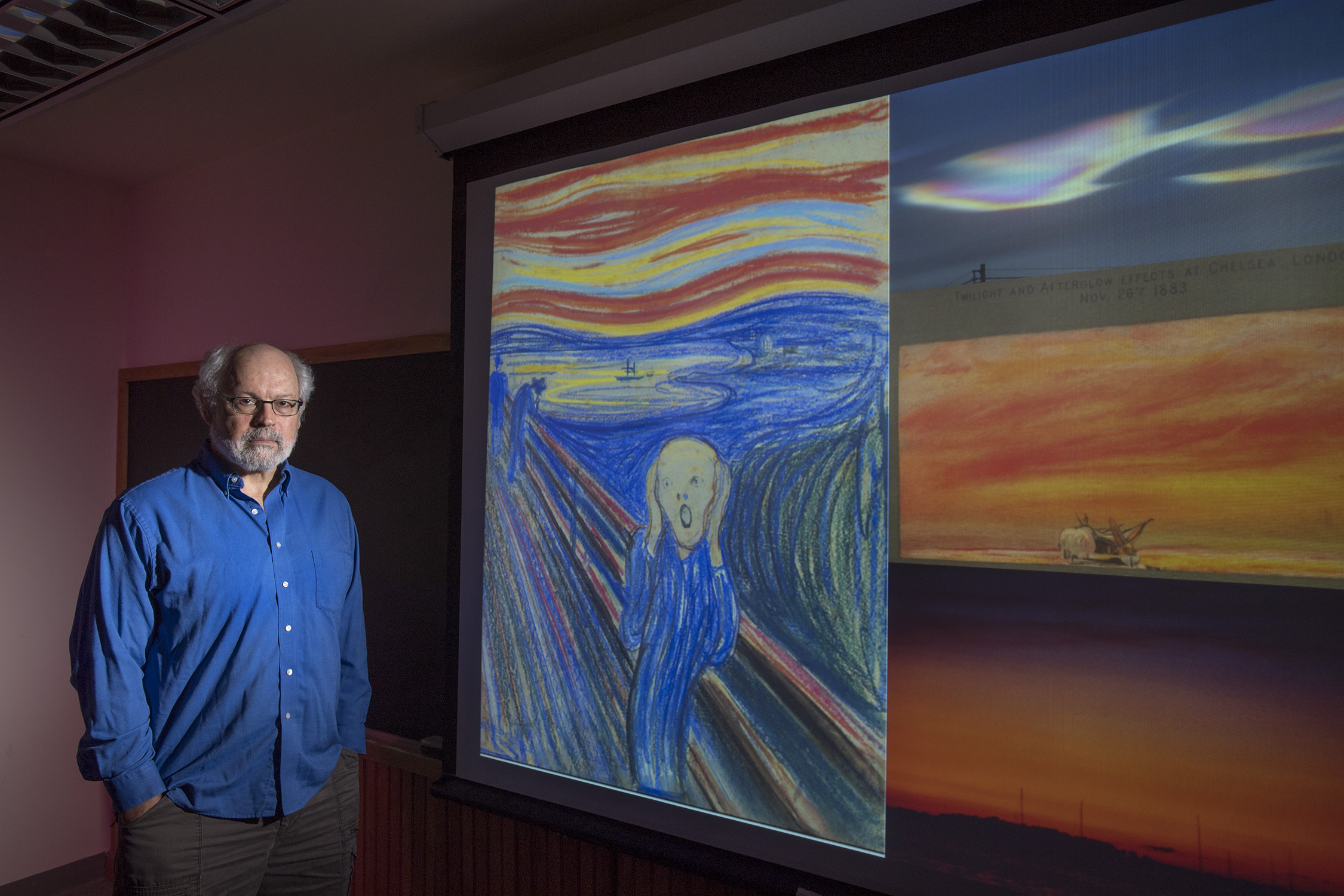 Rutgers Professor Alan Robock with The Scream, an 1895 painting by Norwegian artist Edvard Munch. Scientists at Rutgers University–New Brunswick, University of Oxford and University of London suggest that nacreous, or “mother of pearl,” clouds in the upper atmosphere inspired the dramatic sky in the painting. The photo also shows from top to bottom on the right: polar stratospheric clouds, also known as nacreous clouds, in Antarctica; artwork showing the London sky in 1883 after the Krakatau eruption; and a 1982 volcanic sunset in Madison, Wisconsin, after the eruption of El Chichon in Chile.

What inspired the iconic red-and-yellow sky in The Scream, the painting by Norwegian artist Edvard Munch that sold for a record $119.9 million in 2012? Some say it was a volcanic sunset after the 1883 Krakatau eruption. Others think the wavy sky shows a scream from nature.

But scientists at Rutgers University–New Brunswick, University of Oxford and University of London suggest that nacreous, or “mother of pearl”, clouds which can be seen in southern Norway inspired the dramatic scene in the painting. Their study is published in the Bulletin of the American Meteorological Society.

“What’s screaming is the sky and the person in the painting is putting his or her hands over their ears so they can’t hear the scream,” said Alan Robock, study co-author and distinguished professor in the Department of Environmental Sciences at Rutgers–New Brunswick. “If you read what Munch wrote, the sky was screaming blood and fire.”

The study builds on a 2017 study that also proposed nacreous clouds. The new study provides a more detailed and scientific analysis of Munch’s paintings, focusing on photographs of volcanic sunsets and nacreous clouds and analyzing the color content and cloud patterns. If the new analysis is correct, Munch’s art is one of the earliest visual documentations of nacreous clouds, the study says.

Robock and others have previously proposed that a volcanic sunset inspired the painting, and he still thinks that’s possible.

“We don’t know if Munch painted exactly what he saw,” Robock said. “He could have been influenced by the Krakatau sunset and nacreous clouds and combined them.”

This article was written by Todd Bates and originally published by Rutgers Today on July 22nd, 2018.